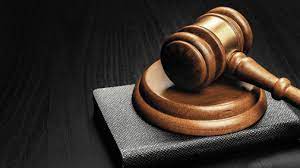 As I noted in prior posts (here and here), in the last few days a group of plaintiffs’ lawyers that includes former SEC Commissioner Robert Jackson and Yale Law Professor John Morley filed shareholder derivative suits against the boards of three SPACs alleging that the SPACs had improperly failed to register as investment companies under the Investment Company Act of 1940. In response, a group of 49 corporate law firms has now issued a joint statement decrying the lawsuits and trashing the plaintiffs’ arguments that SPACs are investment companies merely because the SPACs invest their IPO proceeds in trust accounts while seeking a merger partner. The corporate law firms’ joint statement sheds interesting light on the legal theories asserted in the new lawsuits. A copy of the August 27, 2021 joint statement can be found here.

As discussed in greater detail in the prior blog posts to which I linked above, a group of plaintiffs’ lawyers, representing the same individual plaintiff, filed separate shareholder derivative lawsuits against the boards of three SPACs: Pershing Square Tontine Holdings, Ltd., a SPAC led by the prominent investment banker Bill Ackman; GO Acquisition Corp; and E.Merge Technology Acquisition Corp.

The corporate law firms’ joint statement begins by noting the theory on which the lawsuits are based, that SPACs are investment companies under the Investment Company Act of 1940 because proceeds of their initial public offerings are invested in short-term treasuries and qualifying money market funds. The joint statement observes that under the Investment Company Act an investment company is a company that is or holds itself out as being engaged primarily or proposed to engage primarily in the business of investing, reinvesting or trading in securities.

A SPAC, by contrast to an investment company, is not engaged primarily in investing in securities. SPACs, the joint statement says, “are engaged primarily in identifying and consummating a business combination with one or more operating companies within a specified period of time.” Consistent with the plain text of the Investment Company Act and longstanding interpretations, a company that temporarily holds short-term treasuries and qualifying money market funds while engaging in its primary business of seeking a business combination is “not an investment company under the 1940 Act.”

The joint statement goes on to note that “more than 1,000 SPAC IPOs have been reviewed by the staff of the SEC over two decades and have not been deemed to be subject to the 1940 Act.”

The joint statement concludes with the declaration that the undersigned law firms view the assertion that SPACs are investment companies as “without actual or legal basis” and believe that a SPAC is not an investment company under the 1940 Act if it “(i) follows its stated business plan of seeking to identify and engage in a business combination with one or more operating companies with a specified period of time and (ii) holds short-term treasuries and qualifying money market funds in its trust account pending completing of its initial business combination.”

The joint statement itself is just a few paragraphs long and fairly bare boned. One of the signatory law firms, White & Case, separately issued a more detailed August 24, 2021 memo entitled “SPACs Are Not Investment Companies” (here). This is mere conjecture and I could be completely wrong, but I strongly suspect that the White & Case law firm’s memo was the starting point for the joint statement.

The law firm memo elaborates further on the argument in the joint statement that under the 1940 Act investment companies are companies that are primarily involved in investing in securities, and that SPACs are not investment companies because their primary purpose is to engage in a business combination with an operating company, not to invest in securities. The memo also argues that SPACs are not investment companies merely because they invest the IPO proceeds in T-bills and money market funds while they seek a merger partner – their primary purpose is not to invest the funds but to use the funds to purchase an operating company.

The issuance of a joint statement by a large group of many of the country’s most prominent corporate and securities law firms is an extraordinary development that begs the question of why the law firms took this step. The issuance of the joint statement has no formal or legal effect. It is irrelevant to the 1940 Act lawsuits and can have no impact to the court proceedings in those cases. The law firms clearly wanted to declare to the world that the new lawsuits are bad and are based on flawed legal theories. Presumably, the defense lawyers in the three lawsuits will make those arguments in the court proceedings. So why was did the corporate law firms decide it was necessary to make a joint public statement?

From my perspective, the joint statement says nothing so much as that the plaintiffs’ lawyers’ Investment Company Act lawsuits hit a nerve. The corporate law firms clearly view the argument that SPACs are really investment companies subject to the 1940 Act as a very dangerous idea. If the 1940 Act theory the plaintiffs’ lawyers are pursuing is sustained, many of hundreds of SPACs that completed IPOs in the last two years could find themselves subject to similar lawsuits. The SPAC IPO industry – which has been such a boon for the corporate and securities attorneys at the law firms that joined the statement — could also be seriously derailed.

The law firms participating in the joint statement probably were also concerned about how much media attention the lawsuits were getting; the attention itself is primarily because of the connection of the first of the lawsuits to Bill Ackman (and to the largest SPAC ever) and because of the involvement in the lawsuits of a former SEC Commissioner and a Yale Law Professor.  The magnitude of the publicity surrounding the lawsuits clearly was, for the corporate law firms, a part of the cause for alarm, and the only way to counter adverse publicity is with a counter-publicity attack. Also, perhaps with the issuance of the joint statement, the corporate law firms hope that if there is further media attention to these lawsuits the journalists involved are aware that all of these law firms think the lawsuits are baseless.