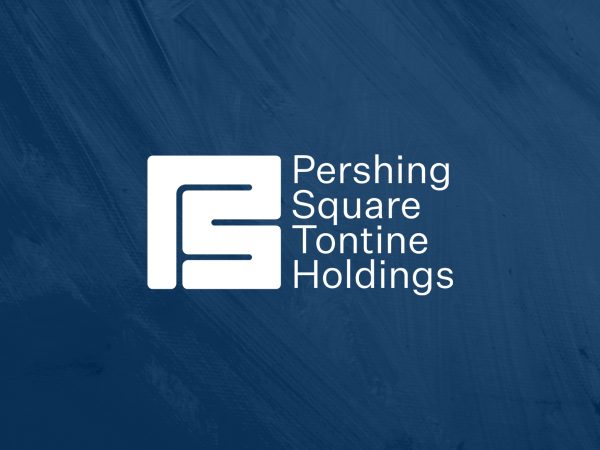 Pershing Square stock could end up with a big minority stake in a large private company, which may turn out to be Bloomberg LP

Pershing Square Tontine Holdings Ltd (NYSE:PSTH) has bucked the trend of most SPACs (Special Purpose Acquisition Corp.), both in terms  of the type of deal it’s looking to make and its size. Bill Ackman, a famous hedge fund manager, runs the company that’s sponsoring the SPAC. Investors who buy shares of the SPAC, which I will call Pershing Square stock or Pershing Square, will be able to follow in Bill Ackman’s footsteps by owning a stake in a large private company.

Recently, Pershing Square stock moved higher based on rumors that Ackman would use the SPAC to buy shares of Bloomberg LP.  Published in the New York Post on Oct. 22, the story pushed  the stock over $23, and the shares stand at $25.10 in early-afternoon trading today.

Buying a Stake in Bloomberg LP

Keep in mind that the SPAC went public on July 22, at $20 per share. That was a bit unusual, as most SPACs have an  IPO price of $10. Therefore, the shares are now up over 25%, even though the SPAC has not yet closed on a merger with a private company.

But Pershing Square stock remains a very interesting SPAC. For one, it has over $4.03 billion sitting in the bank, according to its latest 10-Q for the quarter that ended on Sept. 30.

Moreover, the sponsors of the SPAC are two of Bill Ackman’s hedge funds, as well as a public company called Pershing Square Holdings (OTCMKTS:PSHZF). These three companies, which formed Pershing Square TH Holdings, have pledged to put a minimum of another $1 billion into the SPAC. They can also buy up to $2 billion  of shares (presumably at $20 per share) of Pershing Square stock.

Therefore, theoretically, the SPAC could invest up to $6 billion and more than that if it decides to sell debt. The Post article says that Michael Bloomberg might consider selling up to 20% of his $60 billion publishing company, Bloomberg LP.  Bloomberg owns 88% of the company. So theoretically, he would still be in charge of the firm with a 66% stake.

Keep in mind that the the SPAC has not reached a deal with Bloomberg yet. In fact, Bloomberg LP denied this rumor, telling the Post that “the company is not for sale in any form.” It also denied that any  such deal is being explored. But keep in mind that  only Michael Bloomberg, not the company itself, would be selling shares in the scenario reported by The Post. Nevertheless, the denial seems pretty straightforward.

Buying a Minority Stake Is Unique

However, the rumor does do one thing for Pershing Square stock owners: It shows them the kind of large, significant, and unique deals that Bill Ackman is able to pursue.

The point is that Pershing Square  is likely not going to end up conducting a reverse merger with a private company. For example, for the SPAC to end up owning 20% of Bloomberg, LP, it would have to raise another $6 billion in debt or equity to pay the $12 billion price.

But it would not merge with Bloomberg. Pershing Square Tontine Holdings might not even change its name. It would have one major asset, but no control over that asset as a traditional SPAC would have after it merged.

A second reason that Pershing Square is unique is its own internal structure. A recent blog by a law firm, Debevoise & Plimpton, points out all the unique aspects of the SPAC. The firm think that the structure  should make the SPAC’s shareholders more confident in it.

What to Do With Pershing Square Stock

Right now this stock has a very unique structure. It might be one of the only SPACs in which I would consider investing before its merger announcement. Some key investors also seem to think so, including Kevin O’Leary and Baupost Group.

However, if you want more clarity, you could also buy the London-listed Pershing Square Holdings (OTC: PSHZF). It trades at a significant discount to the closed-end fund’s net asset value (NAV). This article in Investors Chronicle (which I consider the Barron’s of the UK) contains a great deal of information about the fund. As of Dec. 12, it was up over 60% in 2020.