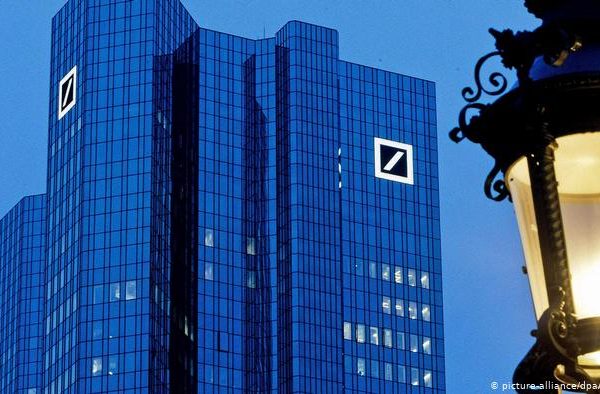 The craze for blank-check listings is helping Deutsche Bank AG make a comeback in the IPO world.

Deutsche Bank, which cut back its equities team in 2019, has risen in the league tables over the past few quarters and now ranks 10th globally among advisers on initial public offerings. Special purpose acquisition companies are a big part of that success: it’s grabbing more deals than Wall Street stalwarts like Bank of America Corp. and JPMorgan Chase & Co.

The German bank was in prime position to capitalize on the frenzy, as it’s one of the few major firms that had a significant SPAC business long before it was fashionable. The blank-check wave is a “particularly significant opportunity” for Deutsche Bank and can be an important driver of profitability, given the work doesn’t consume much capital, according to Barclays Plc.

Deutsche Bank’s equity capital markets business was expected to come under “a lot more pressure” after the restructuring, “but it is benefiting strongly from the SPAC boom,” said Barclays analyst Amit Goel. SPAC work could play “a big part” in the firm’s turnaround over the next few years, he said.

The risk for firms riding high today is that they could get caught out if SPAC volumes suddenly dry up. Deutsche Bank gets a larger proportion of its IPO league table credit this year from SPACs than almost any other major investment bank, according to data compiled by Bloomberg.

It would be six spots lower in the global IPO rankings if blank-check listings weren’t counted, the data show. Banks that benefited from the SPAC boom could eventually give back some gains, as that work doesn’t confer an advantage in traditional IPOs, according to Renaissance Macro Research analyst Howard Mason.

Chief Executive Officer Christian Sewing eliminated Deutsche Bank’s equities trading unit in 2019 and scaled back ECM, part of a plan to cut costs and shrink the firm’s balance sheet. Headcount on the U.S. ECM team fell about 40% that year, people with knowledge of the matter said. A representative for Deutsche Bank declined to comment.

Deutsche Bank’s strength in SPACs dates back to 2007, when it brought on a team from U.S. brokerage Legend Merchant Group. Deutsche Bank controlled as much as a third of the market in some of the intervening years, when SPACs were still a niche product, according to Barclays.

In many ways, SPACs are perfect for Deutsche Bank’s new pared-back equities model: they don’t require long roadshows to market, and will do just fine without big teams of research analysts. The firm is the fifth-busiest SPAC arranger globally this year, up from eighth place for 2020, data compiled by Bloomberg show.

“DB has been dedicated to investing in our SPACs franchise for well over a decade and has been through cycles before,” Eric Hackel, the firm’s global head of alternative equity solutions origination, said in an interview. “We have shown our SPACs business can be sustainable over time.”

Alumni of the German lender are running other SPAC powerhouses. Former co-CEO Anshu Jain leads Cantor Fitzgerald, this year’s No. 4 SPAC underwriter. Credit Suisse Group AG’s blank-check business is helmed by Niron Stabinsky, who spent more than a decade at the firm. The SoftBank Vision Fund, which has launched three SPACs, is filled with Deutsche Bank veterans, while former investment-banking head Garth Ritchie runs a blank-check company for Centricus.

Deal volumes skyrocket as investors clamor to get into SPACs

Deutsche Bank has also benefited from the return of big German share sales, grabbing a top spot on the 1.8 billion-euro ($2.2 billion) initial public offering of online car dealer Auto1 Group SE in February and a role on the listing of an SAP SE unit in New York. It’s also working on Vodafone Group Plc’s tower spinoff in Frankfurt, which could raise 2 billion euros.

At European rival Credit Suisse, Chief Executive Officer Thomas Gottstein has touted the firm’s success in SPACs after ECM revenue more than doubled last year, saying he continues to see increasing demand in regions like Asia. The bank said Tuesday its pretax income for the first two months of the year was the highest in a decade, while revenue at its investment bank rose more than 50%.

Jeff Bunzel, Deutsche Bank’s global ECM co-head, warned that the current pace of SPAC deals “isn’t likely sustainable.” Still, they will remain a “very important part” of the landscape, he said in an interview.

“There’s clearly some elements of bubble-like activity going on, but that will subside,” Bunzel said.