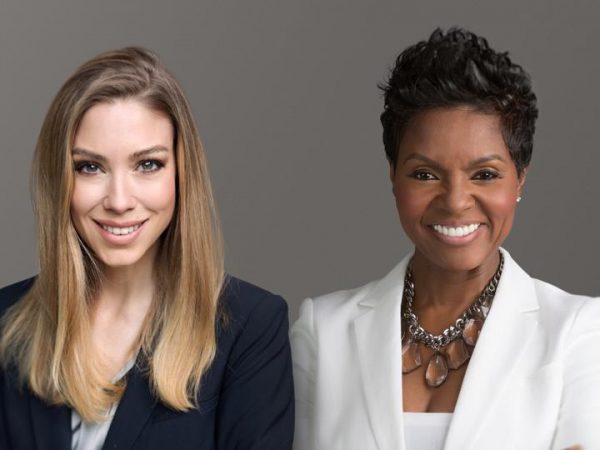 During Phyllis Newhouse’s 22-year career in the military, the cybersecurity expert took a two-week class in networking at the U.S. Army Senior Leadership Academy. The test at the end of the course was a doozy: Every officer was required to know and explain the ways in which her 100 classmates connected to each other.

“It was very intense,” Newhouse now says. “But I learned a lot about how to quickly make connections and how to determine and prioritize those connections for what you need in the moment.”

Making connections, and prioritizing them for the current moment, is precisely what led to Newhouse’s latest career step. A little over a year ago, Newhouse—the founder of cybersecurity firm Xtreme Solutions—met Isabelle Freidheim, the cofounder of Starwood VC and also Magnifi, a personal finance search engine, through the Women’s Presidents Organization. The two got to talking about what was then just the beginning of the SPAC boom, and together, they identified an opportunity.

“I took a good look around and saw that there were no women involved in SPACs,” Freidheim told Forbes in an exclusive interview. “What I saw that was very upsetting was history repeating itself: In the ’80s, there was a boom in leveraged buyouts. No women ever showed up. Or they showed up later, but it was too late to really claim a place of empowerment and decision making and access to favorable economics. And then same thing with the high yield boom. And then same thing with hedge funds.” (She’s correct: according to a 2020 analysis by employment specialist Fox & Partners, women comprise just 14% of partners at private equity firms and hedge funds.)

In my mind, from day one, I had to own this, because I know with the ownership comes a deep responsibility. Others are watching.

And so, Freidheim and Newhouse founded Athena Technology Acquisition Corp, a $250 million blank-check company whose IPO on the New York Stock Exchange closes on Friday. While Athena is joining a fray of 528 active SPACs, only 17 of those—or 3.2%—has a female chair or CEO, according to SPAC Track. With Freidheim serving as Athena’s chair and Newhouse serving as its chief executive, Athena is also the only SPAC listed on the NYSE with a Black female CEO. (Ursula Burns, the former Xerox CEO, is listing a $300 million special acquisition company on the Nasdaq, but is the company’s chair.) And as such, Newhouse is entering rarified territory when, on Friday morning, she rings the New York Stock Exchange’s opening bell on the occasion of her company’s public listing.

“I think about the impact and responsibility that you have to be successful at this. You could be the first Black woman to lead a SPAC and it could flop, and it would be a disaster, or you could be responsible and own this,” Newhouse says, referring to herself. “So in my mind, from day one, I had to own this, because I know with the ownership comes a deep responsibility. Others are watching.”

Athena has not yet landed on its acquisition target (special acquisition companies have two years to identify and buy a target), but Freidheim and Newhouse are primarily looking within their respective industries—fintech and cybersecurity, along with direct-to-consumer—and plan to tap a powerful network of women to source deal flow.

Newhouse and Freidheim intend to leverage their connections within the Women’s Presidents Organization and also EY’s Entrepreneur of the Year, of which Newhouse was a recipient for her work building the Georgia-based Xtreme Solutions. Between the women involved in WPO and those involved with EOY, the duo has access to actual thousands of female founders and CEOs. “Most SPACs don’t have the opportunity to look at this particular pipeline of companies,” Newhouse says. “We think we have aligned ourselves strategically with partners where we could build a proprietary pipeline, and have access to all founders, but in particularly women founders that are not getting looked at for SPACs.”

Newhouse and Freidheim are not blind to the skepticism around the recent surge in SPACs. They know they’re joining some 400 other SPACs, according to SPAC Track, that are searching for an acquisition target; they know that the number of blank check IPOs in the first quarter of 2021—274—has already surpassed the 248 public listings in all of 2020. And they’ve seen the ups and the downs of the SPAC market so far—including, as Forbes reported in November, how median returns for SPACs six months after a deal is announced amount to losses north of 10%.

They think they can steer Athena away from a post-IPO dip by focusing on the sectors where there is the most opportunity—which is where their interest in cybersecurity comes in. “We’ve had a more than 6,000% increase in cyber attacks and then some very complicated vulnerabilities globally” during the pandemic, which has fueled cyber companies’ growth, Newhouse notes. (It’s a subject with which she’s intimately familiar, having established the Army’s Cyber Espionage Task Force before founding Xtreme Solutions in 2002.)

“Cybersecurity has $37 billion in unicorns that are ready to grow,” Freidheim adds. “It’s a sector that’s a little complicated to understand, but once a company that’s in cyber becomes public, there’s more visibility, there’s more transparency and it becomes easier to understand. So we see a good arbitrage opportunity where valuations can be lower in private markets and higher public markets.”

Playing a crucial role in executing this arbitrage will be Athena CFO Grace Vandecruze, the founder of Grace Global Capital, author of “Homeless to Millionaire” (during college, she commuted from a New York City shelter to Pace University), and an executive who has executed $25 billion worth of mergers, acquisitions and financing transactions throughout her career. Vandecruze has experiencing working and consulting in fintech and insurance technology, and expects to draw on both her sector expertise and industry connections to help Athena break through the SPAC noise.

“Our advisory team—and Isabelle, Phyllis, and myself—have built up a wealth and depth of relationships in a space that we can really leverage right now,” Vandecruze says. “And I do think that we are uniquely positioned in a crowded field right now.”

That unique positioning extends to Athena’s board of directors and advisors—all of whom happen to be female. Sitting on its board are former USA Network CEO Kay Koplovitz, ActOne Group founder Janice Howroyd, former Penn president Judith Rodin, and former SEC Commissioner Annette Nazareth. And its slate of investors include powerful women like Valerie Mosley, who sits on the boards of Draft Kings and Groupon; Nina Vaca, the CEO of Pinnacle Group; Alexandra Wilkis Wilson, the founder of Gilt Groupe, Glamsquad and new growth equity firm Clerisy; and Stacey Abrams. (Yes, that Stacey Abrams. As a trained tax attorney she’s long had an eye for business, and as the most prominent politician in Newhouse’s home state, is part of Newhouse’s wider circle of connections.)

While Freidheim and Newhouse hope to draw upon their advisors’ multifaceted backgrounds and expertises, it is also their goal to fuel an ecosystem of female investors, advisors and founders that can start changing the composition of the SPAC landscape.

“The idea was to make it so we could flood the market with women who have who have done it before and are second timers,” Freidheim says. “Everyone who’s in our group will become a second timer and become more valuable in the marketplace. It has ripple effects.”

Source: Forbes – Exclusive: Phyllis Newhouse And Isabelle Freidheim Are Busting Up The SPAC Boys’ Club By Bringing Athena To Market