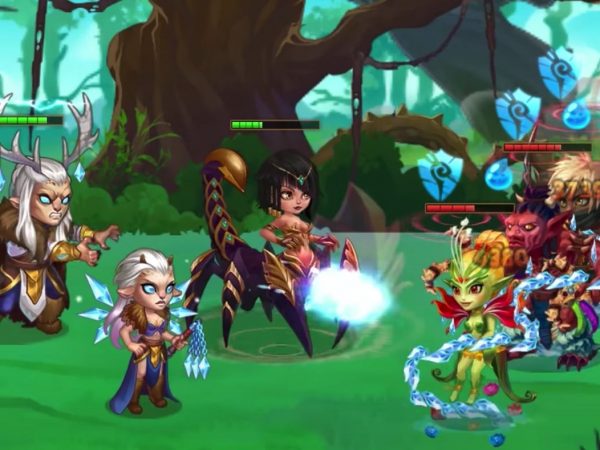 Nexters Global Ltd., the game developer behind Hero Wars and Throne Rush, is going public through a deal with a blank-check company started by former MegaFon PJSC head Ivan Tavrin.

The transaction between Limassol, Cyprus-based Nexters and Tavrin’s Kismet Acquisition One Corp. is valued at $1.9 billion, according to a statement Monday. Kismet Capital Group will invest an additional $50 million in the deal.

Tavrin, the founder of Russian media company UTH Russia Ltd. — now known as Media-1 — and former chief executive officer of telecommunications group MegaFon, has filed for three special purpose acquisition companies, or SPACs, since last year. Kismet Acquisition One, which raised $250 million in August, was formed to focus on acquisitions in the telecom infrastructure, internet, technology and consumer industries, according to its filing documents.

“There is a great opportunity for European businesses to go public on Nasdaq through SPACs,” Tavrin said in an interview. “It was our thesis that technology and innovation has no borders.”

Tavrin will join the board of the listed company. The transaction is expected to close in the second quarter, after which the company will trade under the GDEV ticker

Nexters was founded in 2010 by Andrey Fadeev and Boris Gertsovsky. Its main franchise is Hero Wars, a multiplayer battle game where characters fight for territory in a fantasy land known as Dominion.

”Nexters is very well diversified in terms of gamers and in terms of currency,” Tavrin said, adding that 60% of its users are in the U.S. and Europe, and 20% are in Asia, excluding China where the company has yet to establish a footprint.