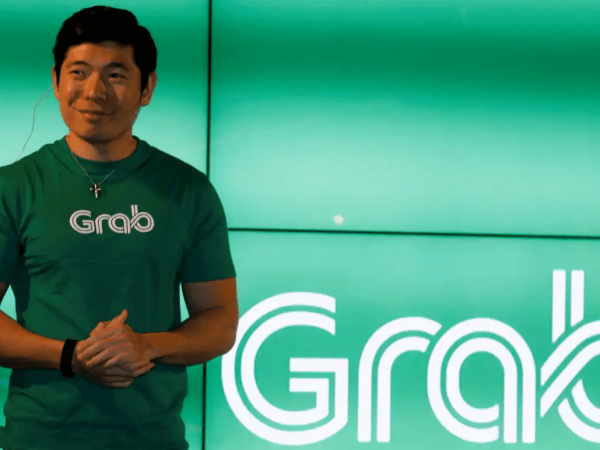 Has Southeast Asia’s most famous unicorn botched the endgame?

Even the least sentimental of investors must be heartened by Grab’s journey from Kuala Lumpur garage to $40 billion sensation drawing global attention to Southeast Asia.

The ride-hailing super app that CEO Anthony Tan co-created put the region on the tech unicorn map as never before. Grab is now the undisputed crown jewel of Southeast Asian designs on moving upmarket, from low-wage factories to idea-based disruption. And an example of what development we need more of.

I was fortunate to have witnessed, firsthand, what might be termed Tan’s Jack Ma moment.

This was December 2014 in Bangkok, where Tan was speaking on a panel about startups. I was moderating. Before we hit the stage, Tan seemed oddly coy about telling me what was next for his fledgling taxi operation. He checked his phone constantly. Why, became clear later that day with news that SoftBank’s Masayoshi Son was handing Tan’s team $250 million.

Looking back, it is hard not to connect those dots to Son’s $20 million bet on Ma in 2000. That one paid off to the tune of $50 billion when Alibaba Group Holding went public in 2014 — the same year Ma placed his chips on Tan.

Last week was sweet indeed for Son as Grab announced its plans to go public, and with a giant valuation. The same with Tan and his co-founder — and fellow Malaysian and Harvard alumnus — Tan Hooi Ling, non-related.

Grab, by all accounts, played a great game until now, expanding into food delivery and other services thriving amid COVID-19. And it won a digital banking license in Singapore, where it is headquartered. “Despite COVID, we came out of 2020 stronger than ever, which shows the resilience of our business,” Tan told Nikkei last week. “We’re actually stronger now than before.”

Yet is Grab botching the endgame by going the special purpose acquisition company, or SPAC, route rather than a conventional initial public offering?

Few acronyms are being Googled more than that for SPAC. These complicated arrangements create a company solely to buy another and take it public. This alternative to IPO has been about since the 1990s, but has really gone gangbusters over the last year.

In 2020, these so-called blank check shell company deals saw a sixfold increase over the previous year — $83 billion. It took until March 2021 to smash that 2020 tally. INSEAD professor Ivana Naumovska speaks for many when she worries that “SPACs are a bubble about to burst.”

Context is important at a moment when a fear of missing out, or FOMO, herd mentality is driving the financial zeitgeist. Less than four months in, 2021 is looking like the year of bubbles in Bitcoin, non-fungible tokens, or NFTs, and SPACs.

Celebrities as varied as rapper Jay-Z, basketball great Shaquille O’Neal, Hong Kong tycoon Richard Li and former Donald Trump adviser Gary Cohn are getting in on SPACs while the getting is good. SPACcoin, anyone? Perhaps the next hit by K-pop sensation BTS will be BTSPAC.

Yet all this fanfare may come at the expense of average shareholders having trouble singing along. SPAC deals tend to be grand for tech founders and big-money investors in the know. Not so much for Southeast Asians, avid Grab users, who might be too busy Googling what is happening to get in early. Getting in on the ground floor often requires buying shares in a SPAC before knowing what is going public. Singapore and Macao have casinos for that.

Grab users might be too busy Googling what is happening to get in early. (Photo by Rie Ishii)

This $4 billion transaction sees Grab combining itself with Altimeter Growth Corp. for the biggest-ever SPAC. The entity will trade on the Nasdaq exchange as GRAB. The deal also involves a “PIPE.” Funding this “private investment in public equity” are BlackRock, Fidelity, Janus Henderson Group, Morgan Stanley’s Counterpoint Global, Nuveen, T. Rowe Price and others.

YOLO — you only live once — as they say. There are a number of reasons why a unicorn might go the SPAC route. IPO’s are all about timing. A pandemic hardly seems an opportune one for a nine-year-old game-changer like Grab to hit Wall Street.

Too often, though, the point of a SPAC is less the money than the clout founders think comes with being a listed company. Son, Japan’s richest man, hardly seems a guy who would say no to throwing another $4 billion Grab’s way. But then, you do not have Nasdaq bragging rights.

The beauty of SPACs is that they are more opaque, less immediately accountable and allow CEOs to amass greater control. I am not saying this is the case with Grab. But if you have built a great and innovative company on the path to profitability, why not just wait and go for a regular IPO?

Wall Street sleuth William Cohan, author of House of Cards: A Tale of Hubris and Wretched Excess on Wall Street, calls SPACs a “confidence game.” As he puts it: “Think junk bonds in 1987, the dot-com bubble in 2000, or mortgage-backed securities in 2008.”

There is a reason why SPACs are hot right now: it is a quicker and easier path to market than doing the hard work of pulling off a winning IPO. Gee, what could go wrong?

Yet LOL, this is not. Grab is a compelling company with a promising future and charismatic leadership. I just cannot get past lamenting the absence of a splashy IPO that achievement richly deserves.