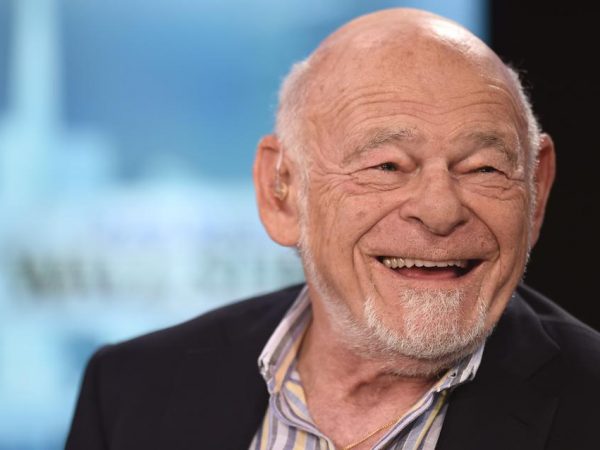 Sam Zell is one of the legendary investors of his generation, known for his love of dealmaking, gold chains, and telling it like it is. The title of his 2017 autobiography borrows his favorite phrase: “Am I Being Too Subtle?” Real estate has long been Zell’s dominion, and he scored a giant win in 2007 with the sale of the REIT he built, Equity Office Properties, for $39 billion, at the top of the market. Less successful, his $8.2 billion LBO of newspaper conglomerate Tribune Co.— which went bankrupt a year later.

Zell, 78, has a large capacity for spinning many plates in the air simultaneously, and because he enjoys operating in the public markets, you can invest right alongside him. He’s even added to the mix: in early November his new blank check company, Equity Distribution Acquisition Corp. (EQD) raised $400 million. Zell’s net worth, estimated by Forbes at $4.7 billion, is largely tied up in Equity Residential (EQR, down 30% year-over-year); manufactured home builder Equity Lifestyle Properties (ELS, -10%); Equity Commonwealth (EQC, -20%), a commercial REIT; and oil refiner Par Pacific Holdings (PARR, -50%).

Zell sat for this Q&A over Zoom in early November on the occasion of the Forbes/SHOOK Wealth Management Virtual Summit, to share his thoughts on President-elect Biden, the likelihood of sub-zero Treasury rates, and, of course, the SPAC wave.

(The following has been edited for clarity.)

Chris Helman: The election was last week and markets seem to like the prospect of a President Biden. Would you please share your initial thoughts on the changing of the political tide?

Sam Zell: I don’t think this is going to be as radical a change as some of the savants are suggesting. The election was not a blue wave, and I assume the Republicans will keep control of the senate. So I don’t see any radical change in policy. All of the stuff that was discussed during the Democratic primaries will go back to the left where it belongs. And I think Joe Biden is likely to run, for sure a left-of-center, but a center administration. I think Donald Trump did the country a great favor. He didn’t drain the swamp but he certainly upset the swamp, and I think the net result of all that is going to be very positive for maintaining a centralized country.

CH: So capitalists need not fear? There’s no need to sell everything in advance of increasing capital gains taxes, for example? You’re not planning for that?

CH: Interest rates are historically low. Which obviously helps the valuations of your real estate. Any chance we will see zero or below on the 10-year Treasury?

Zell: I don’t think so. The challenge of the next few years is to keep interest rates as low as possible. I think the risks of inflation are much higher than the risks of deflation. Rates have to stay low because we can’t afford to pay back in a higher rate than we’re dealing with today. This slows the whole economy. I read in Grant’s Interest Rate Observer an analogy that zero interest rates are like basketball before there was a shot clock. Very low interest rates result in deferral of decision making.

CH: When money’s that cheap, you get zombie companies.

Zell: It’s unusual when you’re deciding what to do — whether to make an investment or not — and all of a sudden taking an extra three months to make your decision has no cost.

CH: Does this play into the SPAC craze? Special purpose acquisition companies have raised tens of billions this year in equity financing, perhaps in part because investors don’t like the alternative, which is to invest in low yielding debt?

Zell: Some of these issues influence the SPAC wave — which is one of the few things I’ve ever seen where Wall Street created a product that is beneficial for the investor.

Zell: You can buy a SPAC today and the only risk you’re taking is the opportunity cost of having that money put away for two years and you can’t get it. And you could sell your stock. You have a choice. Say yes, say no, take your money back. It’s a fabulous deal for an investor. It establishes public capital and takes one of the unknowns out of the transaction. And I think we’re in an environment right now where there’s a lot of companies — like family companies or inside of private equity firms — that want to find a public company exit. The number of public companies has dropped dramatically over the last 10 years as we’ve taken all these companies private.

CH: The landscape must be like a smorgasbord for you. What are you going to purchase via Equity Distribution Acquisition Corp.?

Zell: We have a very broad mandate so we can pretty much do what we want. We’re interested in the industrial space, manufacturing and distribution. SPACs have so far focused on electric trucks and space ship travel and those kind of things that can’t be measured.

CH: Hard to do a discounted cash flow analysis.

Zell: You’ve got to come up with preposterous assumptions for those things to work. They may have. I’m not that smart. But my attitude is that the environment right now suggests there are a lot of companies looking for homes. They’re not necessarily distressed, but things have changed.

CH: You’ve long been a follower of megatrends — making real estate investments around expectations of what the Baby Boomers are going to do, for example. What are the trends you still hold to and which are you discarding?

Zell: The number one megatrend in my head is an un-megatrend. All this discussion about the “end of urbanization,” and working from home, and the world is going to change, and you’re going to live in Noplace, Iowa and you’re going to work for a clothing company. It’s not going to happen. We’re social animals. I’m happy to be very clear that I think people are looking at this current lockdown and extrapolating results that are preposterous.

CH: I understand that during the pandemic you’ve been working from the office in Chicago?

Zell: I’ve been here every day. For the first three or four months there was no one else here. It was a little quiet. But I’ve never been an at-home worker. Covid, because it has so many uncertainties, tends to generate all kinds of speculation. When Covid became an epidemic at the end of March we were looking at 2 million deaths by the end of the year. We’re one-tenth that number. The economy, unless you’re in the travel and tourist business, the economy ain’t so bad. The numbers of our companies how they did last year versus this year, a number of them are plusses, despite the lockdowns. It’s a little bit like Mark Twain saying the reports of his death are greatly exageratted.

CH: Well we thank you for your time today, and look forward to 2021 being a better year.

Zell: It’s going to be an interesting year. More than anything else I want to see activity. Because activity delineates price discovery. We haven’t had a lot of price discovery, and we need some.

The trail leads me here and I am okay with being wrong. I am not here for your approval $CCIV $CCIV #SPACS
... https://www.fiercebiotech.com/biotech/imvax-raises-112m-to-advance-brain-cancer-cell-therapy

While deals involving #SPACs were somewhat uncommon in most industries until recently, they were nearly unheard of in #healthcare. That has now ... changed. #RSM Senior Analyst @MattWolfHC explores: https://rsm.buzz/372gVdR

Hot damn! Where does all the investible excitement end? Just stumbled across this gem ($NBAC): ... https://finance.yahoo.com/news/nuvve-corporation-lion-electric-announce-135400032.html #EVs #SPACs

Another one to keep an eye on.