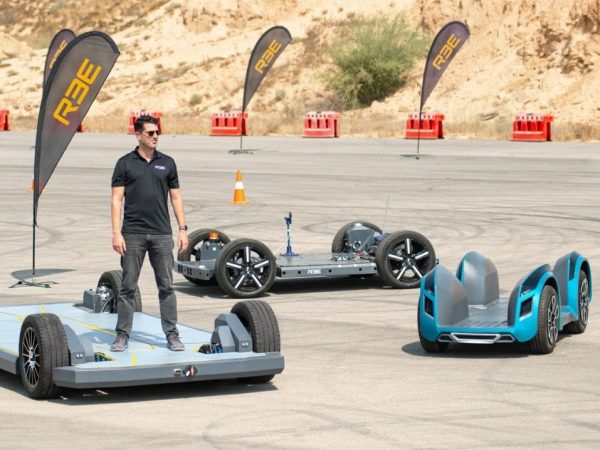 REE Automotive, an electric-vehicle technology startup, has agreed to go public through a merger with 10X Capital Venture Acquisition Corp., a blank-check company, according to people with knowledge of the matter.

A transaction, which features a $300 million private investment in public equity, or PIPE, is set to give the combined entity an enterprise value of about $3.1 billion, said the people. REE’s existing investors will own more than 80% of the combined company, and a deal could be announced as soon as Wednesday, they said.

REE, a Tel Aviv-based company led by co-founder and Chief Executive Officer Daniel Barel, makes technology including REEcorner, which integrates all drive components into the arch of the wheel, and REEboard, a flat, modular chassis that can be used as a platform for autonomous delivery vehicles, trucks, shuttles and robo taxis. The company has said its platform can be used for battery-powered or fuel-cell vehicles.

In August, REE signed a memorandum of understanding with Mahindra & Mahindra Ltd., an India-based manufacturer, to develop and produce as many as 250,000 electric vehicles initially. In November, it inked a partnership with Iochpe-Maxion SA to manufacture and develop a wheel design and chassis technology. REE also has partnerships with Mitsubishi Corp., American Axle & Manufacturing Holdings Inc., KYB Corp., Musashi Seimitsu Industry Co. and NSK Ltd.

REE expects to have 16 assembly plants in hubs such as the U.S., Germany and Japan by 2026, with annual capacity of about 600,000 units, a person familiar with the matter said. It hopes to begin mass production next year, and has signed MOUs for orders worth $5.1 billion through 2026.

The 10X Capital SPAC, affiliated with the New York-based investment firm of the same name, is led by Chairman and CEO Hans Thomas. In November, it raised a little over $200 million in an initial public offering, saying at the time that it would focus on finding high-growth technology and tech-enabled businesses in the U.S. and abroad. PIPE investors supporting the transaction include Koch Strategic Platforms, Mahindra & Mahindra and Magna International Inc.