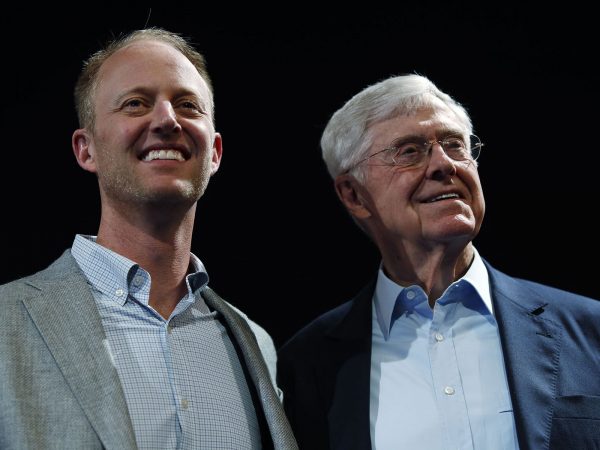 Koch Industries is best known for refineries, chemicals and the politics of its billionaire leader, Charles Koch.

But the sprawling conglomerate, with about $115 billion of revenues, is also a huge investor in technology and growth equity as it looks to harness a knowledge-based future and avoid becoming a relic of the industrial past.

Spring Creek Capital, an asset-management arm of Koch Investments Group, is a key part of that effort, according to a regulatory filing that shows the transition is well underway.

Tech stocks account for more than a third of its $2.3 billion of holdings, led by a 4.9% stake in Ciena Corp., as Spring Creek added almost 3 million shares of the communication network provider during the first quarter. The biggest new stake disclosed in the filing is software maker C3.ai Inc. That holding, acquired for $100 million in a December initial public offering, was worth $157 million on March 31.

A spokesman for Wichita, Kansas-based Koch declined to comment on the investments.

The portfolio included more than $750 million of SPAC-related investments at the end of March, according to the May 14 filing. Such blank-check firms, which raise money through IPOs and then seek to identify acquisition targets, have exploded in popularity among institutional investors including hedge funds and family offices. That’s because they can offer stable returns comparable to fixed-income products, but with greater potential upside.

After an acquisition is announced, shareholders can choose to redeem their shares for cash roughly equal to the company’s initial offering price, putting a floor on their value. Plus, investors receive warrants that can be sold for additional income.

Spring Creek also has specialists in credit and fixed income, but it’s not required to disclose those investments. Koch Investments Group, which has about 100 employees, also includes Koch Strategic Platforms, Koch Equity Development and Koch Disruptive Technologies, which makes venture-capital investments and is led by Charles Koch’s son, Chase.

The Kochs have an estimated fortune of $130 billion according to the Bloomberg Billionaires Index. Their family office, 1888 Management, handles investments outside of Koch Industries. Charles Koch, the firm’s chairman and chief executive officer, is the world’s 14th-richest person, with a net worth of about $65 billion. His brother, David Koch, died in 2019.

Source: Bloomberg – Koch Industries Accelerates Shift to Tech and Loads Up on SPACs