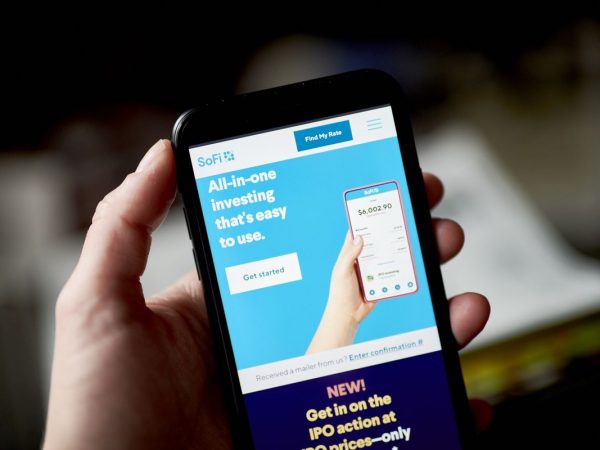 The shares, which trade under the ticker SOFI, rose to $22.65 Tuesday from $20.15 Friday, when it still traded under the SPAC ticker IPOE. That compares with an all-time high of $25.78 in February.

SoFi, which started as an online lender for students and homeowners, has expanded into payment and investing services, allowing users to trade equities and cryptocurrencies. The company combined with Social Capital Hedosophia Holdings Corp. V in January, a deal that valued San Francisco-based SoFi at $8.65 billion including debt, according to a statement at the time.

“We have an incredibly unique proposition for consumers, and we’re the only place that offers you a full suite of financial-services products for your needs on one mobile app platform,” SoFi Chief Executive Officer Anthony Noto said in an interview Tuesday.

Palihapitiya, SoFi’s investor and sponsor in the listing, has blasted rival Robinhood Markets Inc., which critics have blamed for much of the “meme-stock” frenzy and “gamification” of the stock market. He said on Twitter that Robinhood users should delete the app and suggested SoFi as a replacement.

Robinhood is also about to tap the public market through an initial public offering in late June.

Like Robinhood, SoFi also plans to offer IPO shares to its users.

“IPOs are often not made available to Main Street, and we think that we can offer them to Main Street in a responsible way and give our investors access to a new investment vehicle,” Noto said.

SoFi hasn’t yet helped distribute any IPOs, but is expected to be an underwriter of the special purpose acquisition company LTV Capital Partners I, Noto said, adding that the platform intends to service IPOs, direct listings that raise new capital and SPACs.

FIGS, a direct-to-consumer medical-scrubs maker, was the first company to use Robinhood’s platform to distribute shares to retail investors. It went public last week.