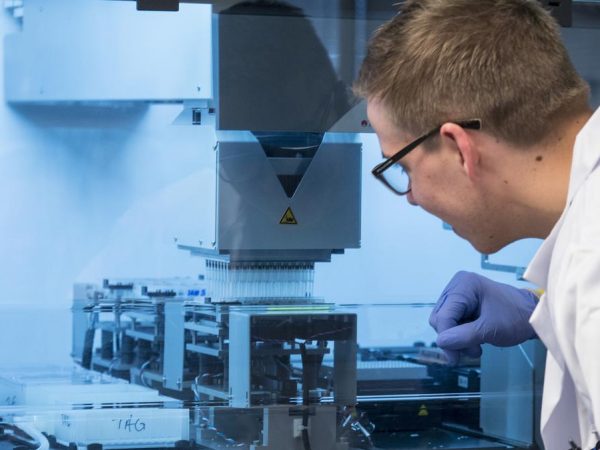 SomaLogic Inc. is beginning a merger with a special purpose acquisition company that would add up to $651 million in new funding to the company’s books, and make it Colorado’s latest unicorn.

In a statement Monday, the Boulder company said it will merge with CM Life Sciences II (Nasdaq: CMIIU) and give the company up to $686 million on its total balance sheet. The lead entity in charge of CM Life Sciences II is Casdin Capital LLC, a life-sciences investment group with $1.31 billion in assets under management. The current management team will stay in place after the merger.

The deal values SomaLogic at $1.23 billion before going public, granting it unicorn status as a privately held company worth more than $1 billion. It joins energy-management group Uplight Inc., which was valued at $1.5 billion earlier this month, among the region’s latest unicorns.

SomaLogic will trade under the ticket SLGC once the deal is closed, which is expected sometime in the third quarter of the year upon approval from regulators.

“In our view, the resources and partnership provided will super charge our commercial growth strategy and we are excited to work with CM Life Sciences II leadership to push proteomics and our company to deliver greater human biologic insight and make a positive impact on both human health and disease management,” CEO Roy Smythe said in a statement.

Special purpose acquisition companies, known alternatively as SPACs, are companies set up by investment groups and taken onto a public exchange with no actual business. The entities are designed solely to raise funding and later merge with a company seeking to go public outside of the initial public offering process.

That tactic has skyrocketed in popularity over the past several months, and Loveland-based Lightning eMotors Inc. already announced its plans to go public via a SPAC takeover as soon as the end of April.

SomaLogic develops platforms to read thousands of proteins in a patient’s blood or urine sample that may signal illnesses or future health conditions and suggest potential treatments via machine learning.

Its main revenues so far are coming from major pharmaceutical companies such as Amgen Inc. (Nasdaq: AMGN) and Novartis AG (NYSE: NVS), which use SomaLogic’s platform to measure patient samples.

In a prior interview, Smythe said the company is also considering expanding the service to physicians, and potentially to individuals in a test similar to the genetics test 23andMe.

The company raised $214 million in funding last year, amounting to the largest haul of the year for venture-capital-seeking companies in the area.

Source: Daily Camera- SomaLogic to go public via SPAC in deal that values it as a unicorn