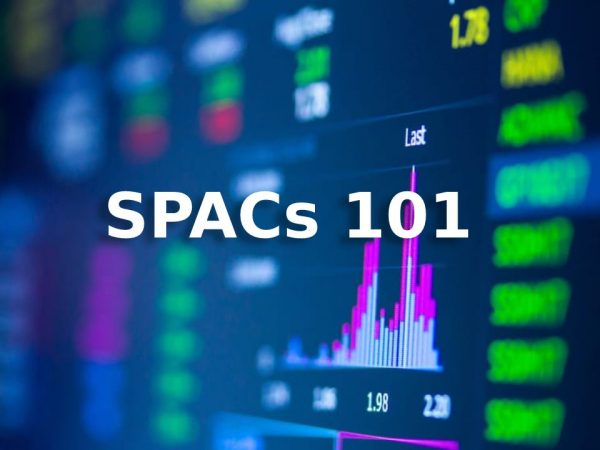 In recent years, Special Purpose Acquisition Corporations (SPACs) have become a favourite of the corporate finance and M&A industry.  SPACs are publicly-traded shell companies that raise capital in an initial public offering (IPO), usually via a combination of shares and warrants.  The proceeds raised in the IPO are held in escrow and the SPAC then seeks to acquire an operating business or assets, referred to as the SPAC’s qualifying acquisition (or its de-SPAC transaction).  In connection with the IPO, a SPAC’s sponsor typically receives a “promote” in the form of “founder” shares issued for nominal value and which result in the sponsor retaining a substantial amount of equity in the SPAC following the IPO in exchange for the sponsor funding the SPAC’s expenses.

Why Invest in SPACs?

SPAC qualifying acquisitions are very flexible.  SPACs can acquire shares or assets, merge or amalgamate with a target business, or be acquired by a target business.  Canadian SPACs have acquired businesses in Canada, the US and abroad, and US SPACs have acquired Canadian businesses.  Often the qualifying acquisition is accompanied by the continuation or re-domiciliation of the SPAC to another jurisdiction and on occasion Canadian SPACs have become US reporting companies.

The Bill Ackman-backed Pershing Square Tontine Holdings Ltd., the largest SPAC IPO ever completed at US$4 billion, utilized SPAC warrants to adjust traditional economics and incentives.  In order to reduce dilution caused by the sponsor’s promote, the sponsor agreed to forego its promote and instead purchased warrants in the SPAC.  The warrants were purchased at their fair market value and are non-transferable or exercisable until three years after the closing of the qualifying acquisition.  These warrants represent only a small percentage of the post-qualifying acquisition company’s outstanding shares and are only exercisable at a 20% premium, which is significantly less dilutive than the typical promote.

In addition, in the Pershing Square SPAC, an investor that elects to redeem its shares in connection with a proposed qualifying acquisition must also forfeit two-thirds of the warrants it received at the time of the IPO.  This structure aims to reduce the arbitrage opportunities for hedge fund investors who could redeem their shares in order to recover their initial investment and continue to hold their warrants.  In addition, the Pershing Square SPAC provided investors an additional incentive not to redeem their shares – all warrants received by the SPAC from redeeming shareholders will be put into a pool to be distributed pro rata to all non-redeeming shareholders.

In its Canadian SPACs, Canaccord Genuity has also required warrants to be redeemed concurrently with the redemption of the SPAC’s shares.

This article, “SPACs: An overview on the latest investment trend,” was first published in Lexpert Special Edition: Finance and M&A magazine, April 2021.