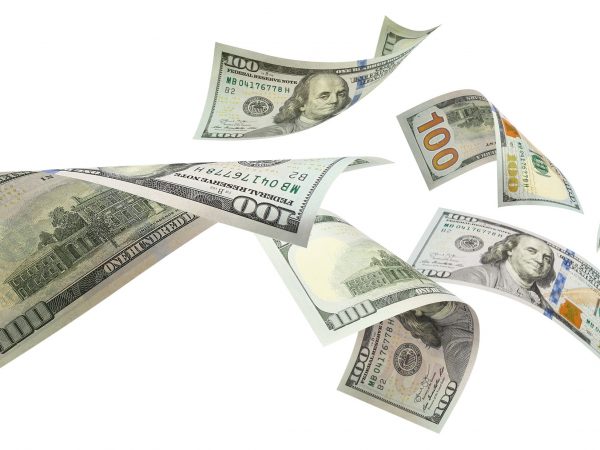 There’s nothing wrong with a SPAC

The base idea of a special acquisition company, a SPAC, is entirely fine. It’s little more than the creation of a clean shell into which a private company can reverse. People have been doing something similar for decades with shell companies after all. The difference being that reversing into an old bombed-out shell of a quotation includes the rubble of that old bombed-out shell, a SPAC gives you something clean.

Other than that it’s just a method of gaining a quotation. One that doesn’t include the usual 7% fees of an IPO, plus the ability to sidestep some of the SEC paperwork and scrutiny.

OK, fine. There is a limitation to the use of the tactic and also to the valuation of SPACs going forward. This is that financial markets are, largely enough, efficient and thus we run into Adam Smith’s old problem about prodigals and projectors.

This isn’t a comment about any particular company here, it’s an observation about the class as a whole. The first wave of SPACs may have done well. But the bet has to be that it’s a process that has rather run its course. Future profits are most unlikely to be like those of the recent past.

In recent decades we’ve had two big innovations in financial markets. Firstly hedge funds, secondly the arrival of high frequency trading. Leave aside the details of what each is and just note the profits made in both of them over time.

In the early days, when the tactics – set-ups if you prefer – were new, then excess profits were most certainly being made. The first people in and exploiting the new methods of trading across market inefficiencies made veritable fortunes. The performance of either or both now is very humdrum indeed at best. Some hedge funds beat the market each year, few do so over many years and the performance as a class, once fees are taken into account, is below the average market return. HFT has got to the point that the firms deploying it are, again, making normal returns on their capital.

The observation here being yes, new techniques can indeed arrive in the financial markets. They can be most profitable, to begin with. Then competition takes over and returns fall to those normal ones, that excess being competed away. That is, financial markets are no different from every other sort of market in this sense. Competition erodes profits.

We then gird our loins and go pursue the next opportunity for super-profits and so the cycle repeats. It is this process that makes financial markets, by and large, efficient.

We have a more specific test of this market efficiency claim coming from the other direction. Lex Greensill and his eponymous firm expanded supply chain financing. Absolutely nothing at all wrong with the basic idea. Firms do need working capital. That working capital can come from equity, from banks via loans, it’s sometimes possible to get your suppliers to provide it – supermarkets tend to do well at this, they often sell three or four deliveries of goods before they pay for the first one – but working capital is required.

So, why not use the public markets to provide it? Which is what Greensill was, in part, doing. Have a bond fund – given the length of the paper in that Credit Suisse fund, perhaps a note fund – which market investors can buy into. The bonds, notes, are made up of the invoice receivables. Why not? The extension of the idea to reverse invoice financing is also fine. Why only finance a business on its sales? Why not finance the cost of goods coming into that same company?

As I say, nothing wrong with the base idea and no doubt someone along the line is going to make it a success if rather boring industry at some point. There is though a certain problem here, which is that new ways to finance a business aren’t quite the point. Finding businesses which are worth financing is the difficult part.

In Wealth of Nations, Adam Smith tells us this about interest rates:

The legal rate, it is to be observed, though it ought to be somewhat above, ought not to be much above the lowest market rate. If the legal rate of interest in Great Britain, for example, was fixed so high as eight or ten percent, the greater part of the money which was to be lent would be lent to prodigals and projectors, who alone would be willing to give this high interest. Sober people, who will give for the use of money no more than a part of what they are likely to make by the use of it, would not venture into the competition. A great part of the capital of the country would thus be kept out of the hands which were most likely to make a profitable and advantageous use of it, and thrown into those which were most likely to waste and destroy it.

Now we can think of that as being the 18th century trying to speak to us about interest rate setting but as with much of Adam Smith the point is more general than just that specific. Of course, I would think so, being at the Adam Smith Institute. Who were, just as an aside, the people who commissioned that statue in the photograph at the top – and the people who raised the money for it, all from private sources, of course.

The lesson from Smith being, I think at least, that it’s not new ways of lending that are the difficulty, it’s the people worth lending to which are. It being the projectors and prodigals who are willing to pay the highest prices for money, most eager to utilise new forms of lending.

Sanjeev Gupta and the Liberty Alliance being our exemplars here for Greensill. The problem the financiers tripped over wasn’t invoice financing, nor even its reverse, it’s who the money was lent to in what quantity. You know, prodigals and projectors.

As I’ve said, there’s nothing wrong with the base idea of a SPAC. It’s just a more convenient manner for certain companies to gain a listing. To add to the listing of an IPO, what we in London call an introduction where no new capital is raised – possibly in American that’s just a listing – and that old favourite of a reverse merger into a bombed-out shell company.

The thing is though that there’s a limited number of companies that would or will benefit from the process at any one time. We’re back to that Smithian point of it not being the technique that’s rare, it’s the people worthy of employing it upon.

At any one time, there will be some handful of companies for which a SPAC is a correct solution. But we do think that financial markets are, by and large, efficient. There are, at times, minor arbitrage opportunities but there are no great gaping holes in the structure from which excess profits can be reliably and consistently made. Very few to no people do consistently beat the market – that’s the other side of that same statement, that markets are already by and large efficient.

The end result of this is that while SPACs aren’t, I think, going to go away the glory days of all of them producing wondrous profits are already gone. Purely on that basis that Smith described those 245 years ago. Our shortage is of things worth investing in, not of methods of investment.

We do get booms in certain financial market techniques. That’s fine, that’s innovation, it’s what makes the world a richer place over time. The more open and freer the market, the faster the competitive advantages of such techniques get competed away. The financial markets are pretty red in tooth and claw – thus new techniques are able to make super-profits for only a short time.

This isn’t to try to be a downer on SPACs. It’s rather just a heads up. That some companies desired to come to market and profits were to be made from their doing so through a SPAC is clearly true – for it happened. The question for us as investors is whether that’s going to continue to be true?

By and large no, it isn’t. The returns from SPACs as a class – this always leaves open the opportunity for one or some to be well above average – are going to go the way of hedge funds and HFT. Back to being just boring and normal profits from the deployment of capital.

Think about it, for SPACs to continue to all be winners requires that there are 300 to 400 companies out there that wish to list, are worth listing, and yet cannot be accommodated by the more usual listing techniques. That’s not a supportable contention, financial markets are already efficient enough that it’s not true. We’re thus digging into that stock of prodigals and projectors to fill the pipeline and that’s not the way for us, as investors, to profit.

SPACs have, very rapidly, gone from being interesting as a class to just another opportunity to differentiate between specific investments. In short, we now need to be careful about the specifics, not just the class of investment itself.