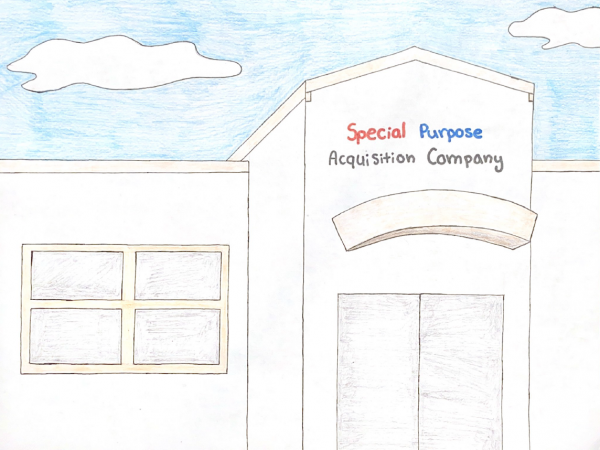 Raising special purpose acquisition companies is en vogue in the COVID-19 economy. From venture capitalist Chamath Palihapitiya to footballer-turned-activist Colin Kaepernick to former House Speaker Paul Ryan, it seems like everyone is taking part in this new variant of initial public offerings.

In 2020, over 230 SPACs went public and raised over $80 billion, making it a record year, since only 59 SPACs went public in 2019. This year, 130+ SPACs have gone public so far and there’s no sign of slowing down with a seemingly endless supply of capital and eager sponsors who aren’t solely savvy fund managers or venture capitalists.

There are currently about 400 SPACs looking for target companies to acquire.

went public in October of 2019 by merging with IPOA, a SPAC sponsored by Chamath Palihapitiya‘s holding company, Social Capital Hedosophia.

Well-known names like DraftKings and Nikola Motors went public in a similar fashion.

Unlike the traditional IPO, a SPAC’s offering price is usually fixed at $10 per share as there is no valuation involved. A fractional warrant that can be exercised later is also usually attached to the stock. The proceeds from the SPAC IPOs are placed in a trust account until a company is acquired and are used when IPO shares are redeemed.

If more capital is required when acquiring a target, additional funds can be raised through the sponsors or through a private investment in public equity. When a SPAC makes an acquisition, a new ticker is issued and starts trading on an exchange.

SPACs are not a new phenomenon as they have been around since the early 90s, but they only gained a good reputation recently.

The recent boom in SPACs can partly be attributed to the flaws of traditional IPOs. One of those flaws is underpricing, which venture capitalist Billy Gurly said robs “Silicon Valley founders, employees, and investors of billions of dollars each year.”

The underpricing problem is real as the average company that has gone public in the period between 1980 and 2019, saw a first day underpricing of 20.7%. The reason this happens is that in the traditional IPO process, the underwriters decide on an offering price instead of a market based approach where supply and demands are matched to discover the price.

The traditional IPO process is also quite lengthy and costly as companies have to pay hefty fees to underwriters.

In contrast, SPAC mergers are becoming a more attractive way for companies to go public because it’s cheaper, faster and provide more flexibility in negotiating the terms of the merger, according to The New York Times.

It allows the target company to directly negotiate with one sponsor on valuation, price and other terms, which isn’t possible with a traditional IPO.

After beginning the merger process with a SPAC sponsor, a company can go public in as little as two months. SPACs are also attractive to investors because SPAC sponsors are usually experienced and successful professionals, enabling them to bet on the sponsor team to find a great company.

SPACs may be a faster, cheaper and less burdensome way to go public, but they aren’t free from criticisms.

For example, SPAC sponsors receive up to 20% of shares outstanding as founder shares, often called the “promote,” for a price significantly lower than the IPO price as compensation, according to Forbes.

Not only does this promote dilute common shares, but it can also prompt sponsors to close a transaction, even if the target company wasn’t very compelling, given the potential upside they’ll receive on their founder shares. However, this risk is partly mitigated by SPAC investors’ ability to redeem their shares.

Another obvious risk is that the SPAC sponsors might fail to find a suitable target, which is not a great outcome for investors whose money has been tied for two years in a low-interest environment.

At the current rate, it is very much possible that numbers of SPACS raised will outpace last year’s total by the end of the first quarter.

Still, it is important to keep in mind that historically SPACs have not fared very well. SPACs tend to outperform benchmark indexes after the deal announcements, but they usually lag after the deal is closed, according to a Goldman Sachs report.

The performance varies widely, so it is important to conduct proper due diligence on the sponsors before investing in a SPAC.

Source: The Ticker – Special purpose acquisition companies grow in popularity on Wall Street during the pandemic