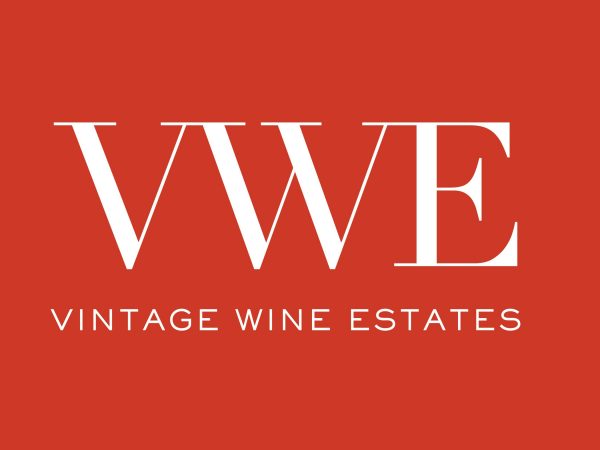 Vintage Wine Estates (“VWE”) president Terry Wheatley — who is poised to become the first female president of a multi-hundred million dollar wine producer in American history to take a company public — discusses the state of the wine industry.

BRIAN SOZZI: Winemaker Vintage Wine Estates is set to debut on public markets in May after merging with a SPAC. But first, one of the company’s investors is putting in another $100 million into the business before that debut. Terry Wheatley is the president at Vintage Wine Estates and joins us now. Terry, good to see you this morning. I have not seen this before. So before you even debut as a SPAC, you have one of your early investors offering up $100 million. Why are they making this investment? And is the read that you are nearing another big transaction?

TERRY WHEATLEY: I think they– you know, it’s exciting for us, of course, to have Wasatch come in with another $100 million– or come in with $100 million in addition to the 28 that they already put in. And I think the reason why is they really believe in the platform and they believe in the growth opportunity. So we have a history of growing over the last 20 years. We’ve done 20 acquisitions. We’ve had a 20% EBITDA and net revenue growth since over the last 10 years. So I really think they look at the– our history and believe that’s an indication of the future.

JULIE HYMAN: It’s Julie here. Rightly or wrongly, I think we have this image of small winemakers as these sort of– I don’t know– iconoclasts or people who don’t necessarily want to be part of a larger entity. So how do you convince them to join you? And then what do you do to the economics to sort of make it work for the larger entity?

TERRY WHEATLEY: Well, you know, a lot of the smaller winemakers or a lot of the smaller wine companies really have suffered during the pandemic. So we’ve seen people that don’t have a succession plan. We’ve seen people that have really been focused on tasting rooms, wine clubs, and so forth, and maybe even in the restaurant trade, and really suffered. So we can provide them an off-ramp into something that really is a growth model for them. We have kept a lot of the founders.

Our latest acquisition that we’ve just done is the Kunde Winery, and that family is fourth and fifth generation. They will stay with us and continue to grow as shareholders and going to want to stay. So I do think that there’s over 10,000 wineries in the United States. And there was a study done by Silicon Valley Bank recently that said over half of those folks were willing to sell. So for an assortment of reasons, but we really think that we have over 2,000 targets that we can look to acquire and bring into our platform.

MYLES UDLAND: And, you know, Terry, thinking more broadly about the spirits space right now, where does wine fit in, in its evolution as a drink within what’s been a pretty changing portfolio the last two years? Five years ago, none of us had heard of White Claw. And now every beer company in the world has a seltzer, right? And it’s changed the mix somewhat. Where is wine fitting in? And how is the industry thinking about its future kind of after the pandemic here?

TERRY WHEATLEY: Well, we really look at the seltzer category as reminiscent of the coolers of 30 years ago. I was actually with Gallo during the Bartles and Jaymes days. Our founder, Pat Roney, was at Seagrams and really built that brand from 0 to 20 million cases during his tenure. So we see that as– that was an on-ramp into the wine business. We look at the seltzer’s, the hard ciders, and the like as kind of bringing the millennials into beverage, alcohol, and really just starting to explore and experiment.

And as they grow with their taste, we think that it really is a great– you know, I don’t want to say training wheels, but it’s a great on-ramp into the wine space. So, you know, as we saw with coolers, there was a cycle. I think we’ll see that with seltzers. The wine business has continued to grow over the last 20 years. We see that continuing to grow. And really during the pandemic and the way the unprecedented shift in the way people are buying wine online because of our platform being 30% direct-to-consumer, we think we really have an opportunity to deleverage and really take advantage of the shift in buying habits for consumers today.

BRIAN SOZZI: Terry, you just gave me a flashback to my childhood. I remember my mom drinking those wine coolers when they first came out. There was nothing like it on the market. She would sit by my $100 Toys R US inflatable pool and really chug them down. But to on that point, is it still rosé all day this summer? Is that still the hot wine?

TERRY WHEATLEY: I think rosé is continuing to be powerful. I will say that Sauvignon Blancs and other whites are going to be strong this summer. But rosé, while there was a shift and the market got crowded, the leaders are still there. It’s still delicious. We have a– in our portfolio, we have many wonderful rosés in Clos Pegase and BR Cohn and several of our wine grounds. So, yes, I think rosé will continue to be strong this summer.

JULIE HYMAN: And then, finally, to get back to sort of your portfolio, you guys have rolled up a lot of different brands. And obviously, you’re now– have more of a war chest following the deal to do so. Where are you now looking for additional brands to add? Are there particular vintages you’re interested in, particular geographical areas? Where are some of the holes in the business.

TERRY WHEATLEY: Well, we’re going to stay, I would say, focused on the West Coast. We’re going to stay focused in that sweet spot of what we do really well. We do– between our retails are between $10 and $20. That’s where we think that really strong position is for us. So we’ll look again in California, Oregon, Washington. We won’t be acquiring brands outside of the United States. We probably won’t go out of that geographic area.

But again, we might graduate up a bit into that over 20, to maybe 20, 25. Perhaps 30, but it really is that power sweet spot for us, $10 to $20. And again, that with the way we do business, our platform with 30% done in direct-to-consumer, we have a really strong distributor side of our business. And then we have a great B2B business, which is where we are building brands for major retailers. We think that $10 to $20 sweet spot is really what powers our three-legged stool, what I like to call our three-legged stool business platform.