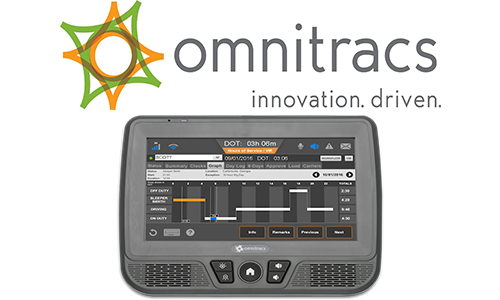 Solera Holdings, DealerSocket and Omnitracs combined valued at $15B

The blank-check firm Apollo Strategic Growth Capital (NYSE:APSG) is in talks to combine three of Vista Equity Partners’ auto technology companies to go public, according to a Bloomberg report. The portfolio companies — Solera Holdings Inc., DealerSocket Inc. and Omnitracs — are reported to be valued at $15 billion and could reach a deal within weeks.

The SPAC combination would be at least the fourth time Vista has tried to exit its investment in Omnitracs, and a merger with Vista portfolio company Solera would represent a re-do of the deal that led to a 2019 lawsuit brought by Solera’s founder.

Omnitracs, a leading telematics provider for transportation and logistics companies, was acquired by Vista Equity in 2013 from Qualcomm Inc. for $800 million. Vista canceled two attempts to sell in 2015 and 2017, including a vital $2 billion offer from Continental Tire.

After bringing on transportation and logistics veteran Ray Greer, Vista refinanced Omnitracs’ debt with Barings and Apollo at an undisclosed amount. According to data provided by Bloomberg, Omnitracs has about $900 million in debt.

In 2016, the automotive and insurance software company Solera was acquired to go private by Vista Equity for $6.5 billion, including debt. The company is now $4.8 billion in debt, according to Bloomberg.

DealerSocket is an enterprise relationship management tool for the automotive industry and was acquired by Vista Equity for an undisclosed amount in 2014, with an equity valuation of approximately $387 million.

Directors from Solera and DealerSocket have sued Vista Equity for allegedly steering them away from profitable acquisitions and pushing them toward poor-performing assets. Vista was selling portfolio companies from early vintage funds to new funds, to avoid recognizing a loss on an investment.

In 2019, a lawsuit filed by Kurt Lauk, a former independent board member at Solera, alleged the company was blocked from acquiring a non-Vista company, Lytx, for its struggling competitor, Omnitracs.

“Vista and [founder and CEO Robert] Smith were hoping to pawn off Omnitracs on Solera by using Solera’s money to bail them out of an unsuccessful and poorly run acquisition and bury it inside Solera’s portfolio, where Vista could hide its Omnitracs investment mistake from its own investors,” the lawsuit alleged of the firm and its founder and CEO, who recently admitted to evading taxes for 15 years.

Lauk’s Solera lawsuit was dismissed in 2019 by a Delaware judge, who cited concerns about his jurisdiction over the case, which has not been refiled, according to the New York Post.

In 2020, the founder of DealerSocket filed a lawsuit alleging Vista engaged in value manipulation and minority shareholder oppression when the company proposed acquiring Auto/Mate, an auto dealership management system. Vista retained a valuation company to review DealerSocket and devalued it by 95% within 58 days.

“The fraud by Vista was to devalue DealerSocket so that its investment would wipe out the minority shareholders from approximately 33% to less than 2% of the equity,” explained the portfolio company in the lawsuit.

DealerSocket settled its case in 2020, allowing the portfolio company to acquire Auto/Mate.

In October, Smith signed a nonprosecution agreement for his false IRS filings in return for cooperating in a case against Robert Brockman, a Houston software mogul. Brockman is accused of hiding $2 billion in income with multiple Caribbean entities, creating the largest U.S. tax case against an individual. He pleaded not guilty to 39 criminal counts, including tax evasion, wire fraud, money laundering and evidence destruction. His trial is set for June.

Analysts expect this deal to be finalized soon, as the company sponsor, Apollo Global Management (NYSE:APO), announced on Tuesday its second SPAC, Apollo Strategic Growth Capital II (NYSE:APG.U), will have an initial public offering of $600 million to commence on Wednesday.