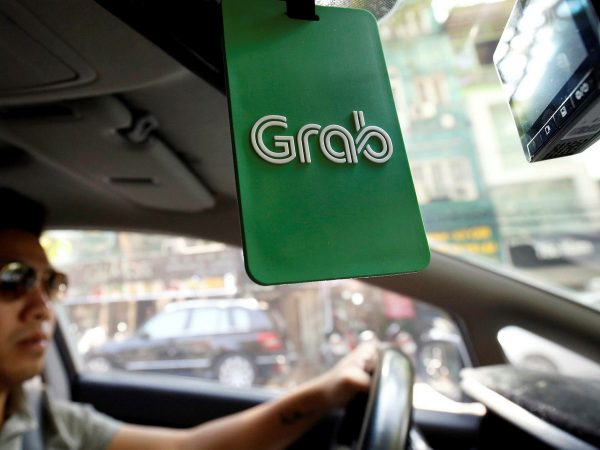 Grab’s decision to opt for an SPAC listing rather than an IPO may seem strange to some, but it is a timely and strategic move, says Li Jianggan.

SINGAPORE: On Apr 7, the Financial Times reported that Singapore’s Grab was set to list in New York in the biggest SPAC merger.

The merger, between Grab and a Special Purpose Acquisition Vehicle (SPAC), sponsored by Altimeter Capital, will allow Grab to list sooner than a traditional IPO process.

According to the Financial Times, Grab will raise approximately US$2.5 billion (S$3.35 billion) in conjunction with the merger, of which about US$1.2 billion will be contributed by Altimeter Capital.

Reports by Bloomberg over the weekend said T Rowe Price Group – a publicly-traded US investment firm – and Temasek are also part of this deal.

According to reports, the deal is being finalised and could be announced soon, potentially over this week.

While the knowledge of the deal is not new – the Wall Street Journal reported on the deal a month ago – its imminence still caused a lot of chatter in the tech and investment sectors.

Why would Grab go for a SPAC merger rather than a traditional initial public offering (IPO) – is the most commonly asked question. Let’s get some facts.

SPAC A MEANS, NOT AN END

For those less familiar, a SPAC, also known as a “blank-cheque company”, is a company with no commercial operations that is formed strictly to raise capital through an IPO for the purpose of acquiring another existing company.

SPACs have been around for decades, but gained popularity recently, and especially since 2020, a great year for tech stocks but also a year of low interest rates and almost unlimited liquidity.

A SPAC merger offers a faster and cheaper way to list compared to a traditional IPO process – much of the money has already been raised, and you do not need to run time-consuming and expensive roadshows, which are logistically challenging during COVID-19 times anyway.

A company merging with a SPAC will also receive valuable guidance if the SPAC sponsor is very experienced in public markets.

There is a misconception that SPAC mergers allow companies to IPO with less scrutiny.

Yes, the Securities and Exchange Commission (SEC) raised some concerns about the SPAC boom, but that was mainly about how SPACs are formed and the secretive nature of merger negotiations – which is understandable because the IPO pricing would swing wildly otherwise – but not on the underlying company.

Even though the criteria to list a stock in the US is more relaxed compared to many other markets, it is more expensive to do so with legal and accounting fees substantially higher. Once listed, companies also have to bear the higher costs of more stringent compliance requirements in the US.

It is important to note therefore that the SPAC is a tool, a route to public listing just like the traditional IPO. Companies aspiring to list have to assess the pros and cons to determine if it is the right path to take.

SPACs are chasing after a relatively small number of IPO-ready tech companies in Southeast Asia. This is probably a factor why Grab’s valuation for the SPAC deal has doubled from US$16 billion in the last round of financing to more than US$34 billion.

While the region is familiar with Grab, few probably have even heard of Altimeter Capital, a hedge fund based out of Boston and California, which manages a portfolio of public securities valued at about US$10 billion.

Altimeter, which also does venture capital investment, also led a US$425 million series D round into Plaid, a fintech company which Visa intended to acquire but hit regulatory walls. The deal, announced on Apr 7, values Plaid at US$13.4 billion.

It is not hard to get a sense of the style of Gerstner and some of his thoughts – he has frequently appeared on interviews especially on CNBC. The firm is a shrewd, experienced tech investor in both private and public markets.

Another question commonly surfaced is “why the rush?”.

We mentioned earlier that SPAC allows faster listing, and many have heard of the “IPO window” – a limited time period where market conditions are ideal for IPOs.

While there are many arguments about the IPO window being factual or mythical, we all know market conditions and investor sentiments can swing wildly.

We all remember that in the second half of 2019, with the failed IPOs of not only WeWork, but also PropertyGuru and video subscription service iflix much closer to home, market sentiment turned cautious.

That changed last year after the injection of massive liquidity, and the incredibly low interest rates.

Tech stocks, especially growth tech stocks, like Sea, Shopify, and MercadoLibre, have enjoyed a good run in 2020. Closer to home, and with a business model much similar to Grab’s, Meituan in the Hong Kong stock market also saw its price triple.

How long will this last? Nobody knows. In February and March, the fear of inflation and Fed raising interest rates caused shocks in tech stocks, with a few leading growth tech companies losing as much as half of their market cap over just six weeks.

Sea Group is trying to catch up, by launching food delivery and aggressively expanding its payments business in Indonesia at least. In the new competitive environment, Grab needs additional capital to keep its lead, and raising that from the public market is the best way.

This is despite the recent flop of Deliveroo’s IPO in the United Kingdom (UK), which should hardly be relevant for Grab.

Two key reasons for the poor performance were potential labour-related regulatory risks for Deliveroo’s business in the UK and British investors’ discomfort with the outsized voting rights of the food delivery company’s founder Will Shu.

Neither is a concern in the US capital market, where the Nasdaq composite is almost returning to a historical high after the initial slip in February and March. As of Apr 9, the index had climbed close to 8 per cent since the beginning of the year.

Moreover, Grab has some commitments to preferred shareholders from later rounds that it would go for an IPO by mid-2023 or face potential redemption, as Moody’s and S&P recently revealed in rating reports. The listing now will thus allow Grab to eliminate this liquidity risk.

With the right timing, like now, raising money from the public market is much easier and less costly compared to, let’s say, when the Fed raises interest rates. It would be imprudent to wait if a faster, not to mention cheaper, option via a SPAC is available.