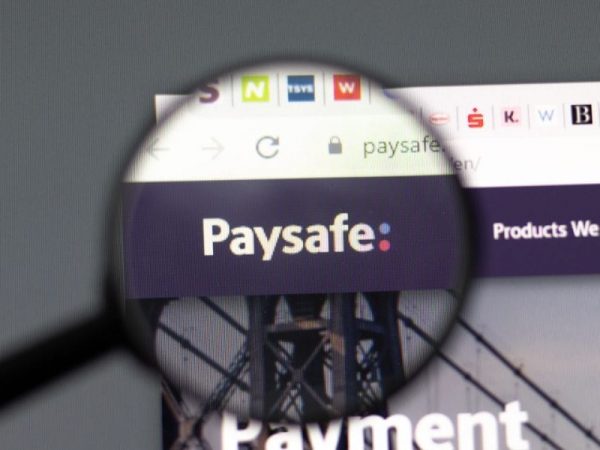 Now that the hype phase has faded, enterprising investors can scoop up shares of PSFE stock for a cheaper price

On March 31,  Paysafe (NYSE:PSFE) made its debut on the New York Stock Exchange. With Paysafe finally having completed its merger with Foley Trasimene Acquisition II, many traders were eager to get their hands on PSFE stock.

Bill Foley, the founder of Foley Trasimene Acquisition II, now serves as the chairman of the board of directors at Paysafe. Foley is something of a celebrity in the world of business, so he brings a measure of prestige and expertise to Paysafe.

Moreover, the merger deal grabbed the market’s attention as the transaction, at its closing, reflected an implied pro-forma enterprise value of roughly $9 billion.

So we can see why there’s been so much attention surrounding  Paysafe’s reverse merger. But should investors buy its shares now? That’s the billion-dollar question. Let’s start off with a breakdown of the stock’s recent price history.

A Closer Look at PSFE Stock

The announcement of Foley Trasimene’s merger with Paysafe took place on Dec. 7, 2020. At that time, PSFE stock was trading as Foley Trasimene Acquisition Corp. II, and its share price had been close to $10 for a while.

Sometimes special purpose acquisition company (SPAC) stocks will pop and then quickly drop. This can happen after the initial burst of post-deal-announcement enthusiasm fades.

In the case of BFT stock, excitement about the transaction waned in February and March and the share price dropped. By April 16, the shares were trading at $13.49.

The decline was not bad for those who had been waiting for the “hype phase” to pass. Some folks might recommend waiting until the stock gets back to the $10 area before taking a positive position in the name.

Yet I’m not against the idea of starting a bullish position now and then adding to it if the price continues to decline.

You might know Paysafe as a pioneer in digital commerce. That’s true, but there’s another angle that adds significant value to Paysafe’s business.

I’m referring to Paysafe’s venture into i-gaming. Paysafe bills itself as having a “Long history as the global market leader in iGaming payments.”

Moreover, Paysafe asserts that the company is “well-positioned to capitalize on the expanding US iGaming market.”

Impressively, the iGaming eCash network already has a presence in more than 50 markets. Apparently, the network’s main target demographics include Generation Z, Millennials and under-banked consumers.

I believe that it’s a smart move to target these demographics. There’s a vast army of young gamers out there, and Paysafe is making an early and aggressive move into the financing of i-gaming.

Ratings firm Moody’s (NYSE:MCO) is, to say the least, not easy to impress. Moody’s is known for issuing harsh ratings sometimes  and then backing up those ratings with persuasive arguments.

Moody’s outlook on Paysafe seems to  mostly positive . The firm recently upgraded its rating on Paysafe from “B3” to “B1,” which is a substantial improvement.

Not only that, but Moody’s changed its outlook on Paysafe from “ratings under review” to “stable.” “Stable” might not sound like a huge compliment, but coming from Moody’s, it’s actually pretty good.

Moody’s seemed to indirectly reference the i-gaming angle when it cited “positive growth dynamics from the deregulation of online gaming in the US market.”

As you can see, Paysafe’s SPAC merger has been getting a lot of attention. Some of that is due to Foley’s reputation.

However, there are other reasons to invest in PSFE stock. Among them is Paysafe’s venture into financing i-gaming.

And if Paysafe is good enough to impress Moody’s, then perhaps it’s time to consider owning some shares of the stock.

Source: InvestorPlace – With Its SPAC Merger Complete, Paysafe Is Ready for a Turnaround