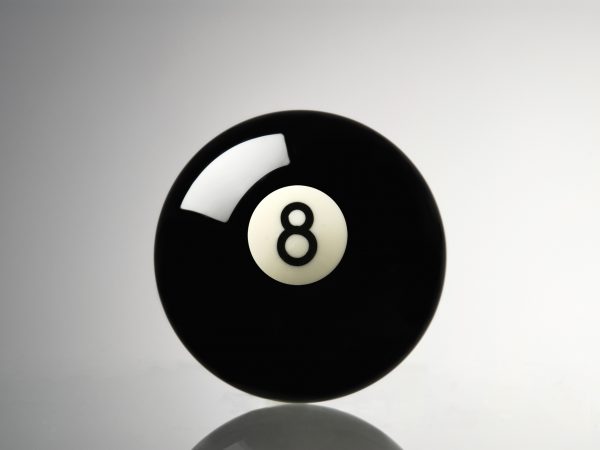 Dyal Capital Partners is one of a few names driving a recent surge among private equity firms acquiring minority stakes in other asset managers. Dyal holds so-called GP stakes in more than 40 different investors. That has effectively turned its portfolio into a sort of privately held index for a not-insignificant chunk of the PE industry, with a piece of investors such as Vista Equity Partners and Silver Lake.

What if that portfolio were traded on a public market? What if that could happen through a merger with a special-purpose acquisition company? What if that SPAC were sponsored by one of the PE firms Dyal already holds a stake in? And what if the deal also involved merging with a third firm in which, again, Dyal is already an investor?

I could think of only one person whom I would describe as a GP stakes connoisseur. So when it emerged this week that Dyal and Owl Rock Capital may soon merge and go public through a $13 billion SPAC deal, I reached out to Wylie Fernyhough, a senior analyst here at PitchBook, to pick his brain about what it all means.

Considering another big deal this week—more on that one later—it only seemed right that we conduct our conversation via Slack.

Dyal and Owl Rock’s potential mega-deal could shake up the private equity industry while also checking off a few boxes on your 2020 financial trend bingo card. That’s one of 8 things you need to know from the past week:

KD: It took me a bit to sift through the details here, so let’s see if I’ve got it right. Dyal (which is a unit of Neuberger Berman) and Owl Rock have reached a non-binding agreement to combine and go public through a SPAC sponsored by HPS Investment Partners. The Wall Street Journal is reporting the deal could be worth $13 billion. Dyal already owns minority stakes in both Owl Rock and HPS. It seems like there are at least three or four fascinating angles here. Which aspect do you think is most interesting?

WF: Agreed. There are multiple interesting facets here. Perhaps the most interesting aspect to me is Dyal’s combination with Owl Rock rather than going public on its own.

KD: And what do you think is the motivation there? What does Owl Rock bring to the table?

WF: They bring a few things. But I think the primary reasons are that the combined entity now has double the scale of a standalone Dyal, and they have differentiated revenue streams, adding to firm stability. Both of those aspects should help the combined entity achieve a higher valuation than they could separately.

Plus, there is some logic to the merger. The combined company provides financing. Dyal does it to private capital companies in the form of minority equity stakes and now some debt (plus a foray into sports teams with their NBA fund), while Owl Rock provides debt financing. Not a perfect complement, but neither are buyout/real estate/other kinds of shops.

KD: Another angle that jumped out to me was that it seems like a publicly traded Dyal would give public investors a roundabout way to invest in a pretty significant sample of private equity firms, via Dyal’s portfolio. Is that fair, or am I misreading things?

WF: I think the roundabout phrasing is key, because they are an intermediary into some very successful firms, but investors would not get direct exposure to the performance of Silver Lake or HPS funds, for example. If Dyal portfolio companies do well, Dyal records healthy performance fees, and its shareholders will also be rewarded.

KD: Got it. So that’s the motivation for potential public investors—what about for Dyal? You’ve been covering the GP stakes world closely for years now. Has there been chatter that going public was something Dyal wanted to do, or is this a surprise?

WF: I’ve heard from several sources that Dyal eventually did want to go public, so it’s not a huge surprise. This seems like the best way to maximize value for all Dyal shareholders. But the merger with Owl Rock and doing it via a SPAC was surprising.

KD: SPACs are obviously all the rage this year, but I’m guessing Dyal wouldn’t choose a SPAC simply to join in on the new financial fad. Do you have any ideas of why Dyal might want to go the SPAC route?

WF: Michael Rees (the head of Dyal) and the other Dyal partners are very sophisticated investors. They wouldn’t go with a SPAC unless they got some benefits from this, and I think they will. An obvious one is that Dyal owns a stake in the SPAC sponsor, HPS, so Dyal indirectly makes a little money from choosing them. But SPACs also present some other opportunities.

GP stakes is a quickly growing segment of PE, as is direct lending for private debt. The growth story will be a huge driver of valuation, and luckily with SPACs, the company can present growth projections. Not so in a traditional IPO. Furthermore, many SPACs are less valuation-sensitive, meaning Dyal/Owl Rock may have been able to achieve a higher valuation through this reverse merger than with another method of going public.

KD: That’s a great point about the valuation. You’ve published research in the past about the difficulty in determining valuations for GP stakes deals. It seems like trying to properly value an entity like Dyal could be particularly complex and up to interpretation.

WF: Correct. Valuing these entities is extremely difficult, but we have seen public PE firms get re-rated higher in the past few years, and valuations look much more reasonable now than they did. Public investors have given companies like EQT, Blackstone, and others attractive valuations, and I believe if we are granted the same level of financial disclosures that other large PE firms provide, the market will do a fair job of valuing Dyal/Owl Rock.

KD: So far, most GP stakes deals have been confined to PE. Earlier this week, though, Bloomberg reported that Dyal is in talks to buy a stake in NEA. Why have GP stakes investors historically favored PE firms over VC? And do you expect that will change in the future?

WF: PE firms have a larger proportion of their earnings come from management fees rather than performance fees, making them easier to value. VC is also driven by outsized returns in a few (or maybe just one) investments in a fund, making it nearly impossible to model and very difficult to replicate that performance over time. As these VC firms build a brand, though, and build the necessary scale (i.e., multibillion-dollar funds), the management company’s revenue profile begins to look more like growth equity firms and easier to underwrite, not to mention the brand holds value. Going forward, large VC firms are clearly on the table for GP stakes, but it will be confined to the very largest firms.

KD: That makes a lot of sense, especially considering the trend we’ve seen in recent years of some of those bigger VCs raising huge new funds to make those growth-style deals. Well, that’s about all I’ve got. Were there any other facts or angles or ideas about this deal that piqued your interest?

WF: One aspect that got me thinking with this deal is, why now? The combined entity will be a quickly growing private capital firm with around $50 billion-plus in AUM and should achieve an attractive public valuation. Within Dyal’s portfolio, several other firms approximate this profile, including Vista, Silver Lake, HPS, Starwood, Golub Capital, Sixth Street Partners, Providence Equity Partners, and HIG. Several other portfolio companies could hit the $30 billion-plus threshold in a couple years.

If public market valuations really are that much more attractive than private markets, Dyal may be going public now in part to prove to the portfolio companies large enough to undertake an IPO that being public isn’t so bad after all. A few years of being public could prove out this point and would coincide with when some fund LPs may be looking for some capital back. If Dyal could entice these select GPs to follow suit and go public down the line, achieving a similar valuation bump, the firm stands to reap extraordinary profits. None of this is confirmed, just my theory.

KD: I love theories, and I couldn’t think of a better one to end on. Thanks for joining us, Wylie.

Now, back to the other mega-deal I teased earlier. Salesforce agreed this week to acquire Slack in a $27.7 billion deal, a move that was widely described as opening up a new front in Salesforce’s battle with Microsoft and others for supremacy in business software. The deal isn’t expected to close until the middle of next year, but Slack may very well spend less than two years as a standalone public company after its $23 billion direct listing in June 2019.

I’ve written before and will likely write again about the slate of companies preparing major IPOs before the end of 2020. Arguably the two biggest names took another step toward Wall Street this week. Airbnb revealed plans to sell 50 million shares for $44 to $50 apiece, eyeing a fully diluted valuation of some $32 billion at a midpoint pricing. DoorDash intends to sell 33 million shares at a range of $90 to $95 apiece, setting the stage for a potential $37 billion valuation of its own.

Tiger Global led a pair of investments this week that bestowed 10-figure valuations on AI startups. In one deal, the New York-based investor led a $155 million Series D round at a $3.5 billion-plus valuation for Scale AI, a data-labeling startup that helps train AI systems. In another, Tiger led a $225.5 million funding at a $1.5 billion valuation for Olive, which aims to use AI to reduce costs and provide other new efficiencies to healthcare providers.

Facebook struck a deal this week that signals its intentions to build out its ecommerce business, agreeing to purchase Kustomer, a startup specializing in customer relationship management, at a reported valuation of $1 billion. Google, meanwhile, agreed to buy data backup and recovery startup Actifio, a little more than two years after VCs valued the company at a reported $1.3 billion. Ongoing antitrust uncertainty isn’t stopping the world’s most powerful tech companies from making major acquisitions.

The past couple years have been replete with major deals involving giants of the financial data industry. We had the London Stock Exchange’s agreement to buy Refinitiv from Blackstone for $27 billion, a deal that Reuters reported this week is on the brink of receiving regulatory approval from the EU. And now, we have an even larger transaction: S&P Global agreed this week to acquire IHS Markit in a $44 billion maneuver that will combine two of the largest providers of financial data to Wall Street.

SoftBank and the venture arms of both Google and Volvo all took part in a $113.5 million investment in Flock Freight, a San Diego-based startup developing software that aims to make freight carrying more efficient by allowing shippers to pool their wares into a single truckload. Transfix, meanwhile, another logistics startup focused on freight, is the latest transportation-related startup to engage in talks about going public via SPAC merger, Bloomberg reported. The company was last valued by VCs at $800 million, according to PitchBook data.

Speaking of SPACs: View, a maker of smart windows that can change tint to account for the conditions, agreed this week to go public through a $1.6 billion SPAC merger. It’s also been a significant stretch for Vista Equity Partners—”vista” of course meaning “view” in Spanish. Firm co-founder Brian Sheth stepped down last week in the wake of Robert Smith’s tax troubles, and the firm also reached a deal to buy Gainsight at a reported $1.1 billion valuation and sold Upserve for $430 million.