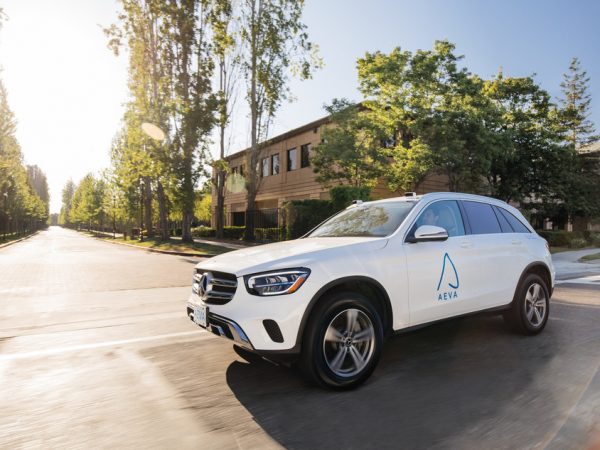 A hot startup called Aeva Inc. that develops lidar-based technology for autonomous vehicles, said today it’s planning to go public in a “blank check” merger that will value it at over $2.1 billion.

Aeva is planning to merge with a special purpose acquisition company called InterPrivate Acquisition Corp., Reuters reported. SPACs are entities that are created for the sole purpose of buying another firm and taking it public. It’s an unusual way to list on the stock market that bypasses the traditional initial public offering process, but it has become quite popular in recent times.

TechCrunch reported that Aeva is very well-funded, having raised more than $100 million from investors such as Lux Capital, Canaan Partners, Lockheed Martin Corp., Audi AG and Porsche AG. Those investors will all retain stakes in the new public company, TechCrunch said.

Aeva, which was founded by former Apple Inc. engineers Soroush Salehian and Mina Rezk, builds sensors that blend lidar with radar and video cameras to give self-driving cars a three-dimensional view of the road and a better view of their surroundings. Lidar, or Light Detection and Ranging, is a remote sensing method that uses light in the form of a pulsed laser to measure the distance between two objects.

The sensors can detect the speed of distant objects and distinguish other vehicles and pedestrians from stationary objects. Perhaps the most appealing thing about Aeva’s sensor is that it doesn’t rely on powerful lasers or exotic materials, Reuters reported. As a result, the company’s sensors are both cheaper to make, and smaller than similar lidar products.

Aeva will raise around $300 million in capital when it goes public, and it said it intends to use that money to adapt its sensors for consumer devices such as smartphones and tablets.

“We want Aeva inside not just highly assisted or autonomous vehicles, but across a number of applications,” he said.

Devices such as Apple’s new iPhone 12 Pro are equipped with lidar sensors that help to power augmented reality applications where digital content is overlaid on the real world.

“It’s time to reinvent the smartphone and one promising avenue is to make devices smarter about the environment they’re in,” said Constellation Research Inc. analyst Holger Mueller. “Lidar is one technology that can unleash the environmental awareness and it’s effective in terms of both cost and battery performance.”

Aeva has also signed a deal with an Audi business unit that’s developing self-driving technology for the German automobile maker Volkswagen AG. It’s also said to be working with an automotive supplier called ZF Friedrichshafen AG to start mass-producing its sensors by 2024.

Pund-IT Inc. analyst Charles King told SiliconANGLE that by choosing a SPAC merger, Aeva is effectively trading the possibility of a major IPO payday for a fixed payout that guarantees support for the further development of its products, and that InterPrivate is betting on its success.

“Aeva’s [technology] could become a game-changing use case for lidar,” King said. “The involvement of Soroush Salehian and Mina Rezk, who both worked in Apple’s Special Projects group, is intriguing. But Apple, despite substantial investment, is a minor player in this space. It’ll be interesting to see if InterPrivate’s and Aeva’s wagers pay off.”

It remains to be seen how investors will receive Aeva, though. The company will be the third lidar maker to debut on the public stock market in recent times. It follows Velodyne Lidar Inc., which debuted via a SPAC merger in September, and Luminar Technologies Inc., which will do the same next month.

Velodyne has seen its value fall by almost 50% to $2.2 billion since it went public. Luminar is expected to be valued at $3.4 billion once its merger with Gores Metropolous Inc. goes through next month.

Aeva said it expects its deal to close in the first quarter of next year, when it will start trading on the New York Stock Exchange under the “AEVA” ticker symbol.