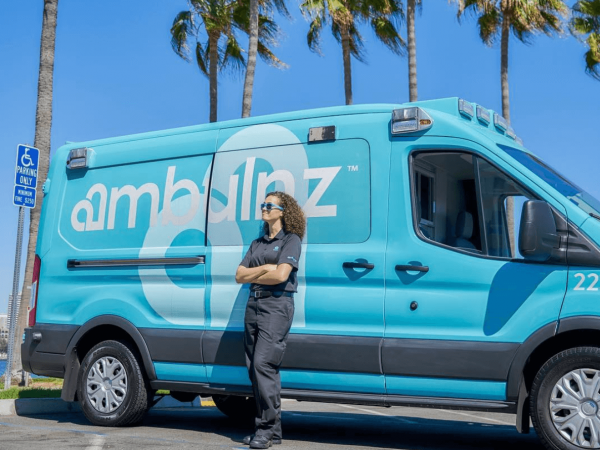 Ambulnz, a provider of mobile medical services and patient transportation, has agreed to go public through a merger with Motion Acquisition Corp., according to people with knowledge of the matter.

The special purpose acquisition company is raising $125 million in new equity to support the transaction, which is set to value the combined entity at about $1.1 billion, said the people, who asked not to be identified because the information isn’t public.

Ambulnz, set to be renamed DocGo Inc., is led by CEO Stan Vashovsky. The New York-based company, which operates in 26 U.S. states as well as the U.K., offers non-critical medical services to patients at home including vaccinations, blood work, rapid testing and wound care, its website shows.

The firm can provide data including real-time vehicle locations, and was the largest private ambulance operator responding to the pandemic in New York State, its website shows. The company also operates Covid-19 mobile testing and vaccination units through an arm known as Rapid Reliable Testing, which has handled about 1.2 million tests and administered about 25,000 vaccines.

The company, which has partnerships with dialysis specialist Fresenius Medical Care, New Jersey hospital network Jefferson Health and Colorado’s UCHealth, also provides on-site medical services at events. It posted revenue of about $94 million in 2020, a 95% jump from a year earlier, according to people with knowledge of the matter. That figure is expected to surpass $155 million this year.

Motion Acquisition, led by CEO Michael Burdiek, raised $115 million in an October initial public offering and said at the time it would focus on searching for target businesses in connected vehicle industries globally.

Representatives for Ambulnz and Motion Acquisition declined to comment.