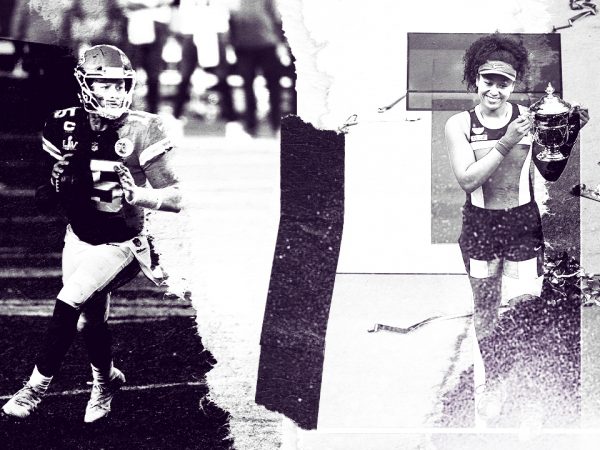 A slate of high-profile pro athletes including Patrick Mahomes and Naomi Osaka have joined with a tech-focused banker to form a new special purpose acquisition company seeking a business in health and wellness, entertainment or consumer-facing technology.

The SPAC—Disruptive Acquisition Corp. I—filed for a $250 million IPO with the Securities and Exchange Commission this morning. The SPAC founder is Alexander Davis, the owner of Disruptive Technology Advisors, a bank that works with tech companies in transactions such as providing liquidity for shares in privately owned companies.

The blank check features an “Athlete Advisory Council” to help it identify potential business targets. The board features Mahomes, the quarterback of the Kansas City Chiefs and a part owner of the Kansas City Royals; Osaka, one of the world’s top tennis players—as well as Robert Lewandowski, a Polish striker who was crowned the top men’s soccer player in 2020 by FIFA; Houston Astros pitcher Justin Verlander, and Canelo Alvarez Barragan, the reigning super middleweight world boxing champion.

The executive team of Disruptive Acquisition also includes former pro players. Mardy Fish is the vice president of business development, a position he has also held for a little more than a year at Davis’ Disruptive bank. Fish is an accomplished tennis pro who was ranked as the top American and seventh worldwide in 2011. He’s now a golf pro and won a tournament in Lake Tahoe last year. Another former tennis pro, James Blake, will be a member of the board of directors. Blake is tournament director of tennis’ Miami Open and also once the top American on Tour; at his peak he was ranked fourth in the world.

Non-athlete management include chief operating officer David Tarnowski and Phillip Caputo as chief financial officer. Both are Disruptive bank executives. Karen Finerman, CEO of the Metropolitan Capital Advisors hedge fund, and Galen Smith, CEO of movie kiosk rental business RedBox, round out the board of directors.

While athletes have been advisors to other SPACs, the creation of an athlete advisory council is unique. “Potential acquisition targets may find the company to be a more attractive partner in light of the athletes’ brand, reputation, reach and ability to contribute to the success of the target,” the SPAC stated in its prospectus. “We believe the athletes can provide significant consumer engagement and outreach via their fan base and social media platforms and can act as true brand ambassadors. Members of the Council will have a vested interest in continual involvement with the company to help drive long-term growth and capital. The Council will include up to five elite athletes and meet at least monthly until our initial business combination is completed.”

The Disruptive SPAC cited a few of Davis’ venture investments as examples of the types of businesses the SPAC is looking to acquire, including Spotify, Pinterest, Palantir and Hims, the wellness-focused firm that is going public by SPAC. The prospectus also specifies sports and entertainment, including sports betting, as a potential area of focus.

Disruptive Acquisition is seeking to sell 25 million units at $10 a piece, consisting of a share and one-third of a warrant to buy another share at $11.50. If the IPO being led by Citigroup and Credit Suisse is successful, the SPAC will have 24 months to find a target or return capital to shareholders.

According to data compiled by Sportico, Disruptive joins more than 100 active SPACs that feature sports figures, many of which are focusing on sports, media or technology-focused acquisitions.