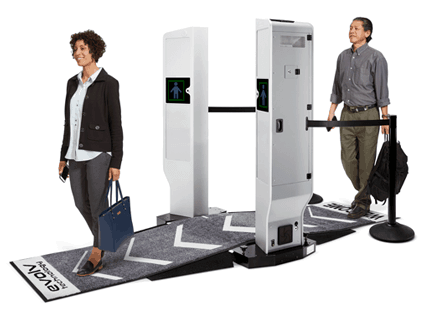 A company that uses artificial intelligence and data science to keep visitors safe with touchless screening is going public in a SPAC deal announced Monday.

The SPAC Deal: Evolv Technology is going public in a SPAC merger with NewHold Investment Corp (NASDAQ: NHIC) valuing the company at $1.3 billion.

The company plans on listing on the Nasdaq with the ticker EVLV. Current NewHold Investment shareholders will own 10% of the company after the merger.

The company provides touchless security that identifies weapons and other items with a method that is 10 times faster than metal detectors, according to the company.

The company’s screeners can process 3,600 visitors per minute and lower the physical footprint and reduce the costs of additional security guards at entrances.

Evolv has screened over 50 million people, which is second only to the TSA in the number of people screened in the U.S.

Evolv’s Growth Projections: Evolv started with a launch in New York City that included the Lincoln Center for Performing Arts. The company expanded to other buildings in the city and is now targeting 50 large cities.

The company has a deal with Six Flags Entertainment (NYSE: SIX). Evolv’s stadium partners include the Chicago Cubs, Chicago White Sox and Manchester City. The company listed the United States Department of Defense as a customer in its presentation.

Evolv sees the touchless security market growing from a $20-billion addressable market to $100 billion. Future growth segments include bitometrics, health screening and ticketing, according to Evolv.

A new subscription-based software-as-a-service product could bring growth for Evolv. The company will charge $2,000 to $3,000 per system per month. The contracts will be for 48 months, with the first 12 months paid in advance.

Source: Benzinga – The SPAC Investment That Bill Gates, Peyton Manning Have In Common