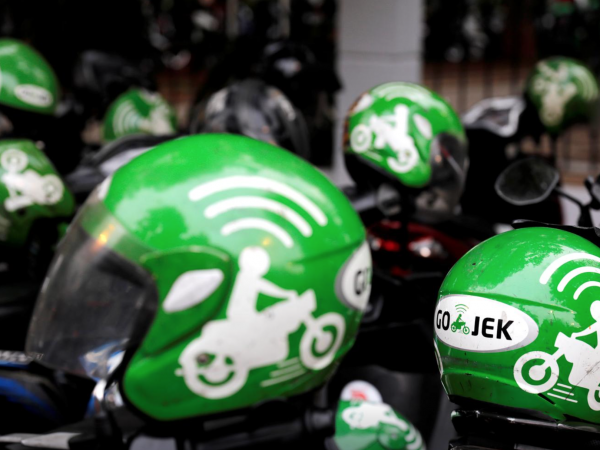 SINGAPORE/HONG KONG (Reuters) – A new fundraising frenzy that swept Wall Street this year looks set to take hold in Asia with more than a dozen special purpose acquisition companies, or SPACs, on the hunt for fast-growing technology firms that are ready to go public.

SPACs are exchange-listed shell companies that raise money through initial public offerings (IPOs) and merge with firms by enticing them with shorter listing timelines. Such structures have raised a record total of more than $70 billion in the United States this year, making them one of the hottest Wall Street investment trends of 2020.

A large number of IPO-ready tech unicorns in Asia are likely to rev up action, say bankers, lawyers and investors dealing with capital raisings and mergers.

“These days, not a single conversation goes by in Asia when SPACs are not discussed. Southeast Asia is a focus market given the number of high-growth tech-enabled companies,” said Sarab Bhutani, head of Southeast Asia investment banking at Nomura.

Many SPACs are holding talks with Southeast Asia’s tech, healthcare and fintech start-ups, bankers and lawyers familiar with the matter said.

Ride-hailing and food delivery giants Grab and Gojek and e-commerce firm Bukalapak have all either been approached or are targets for SPACs, they said.

Grab and Gojek declined to comment, while Bukalapak did not respond to Reuters’ query for comment. Traveloka, which operates Southeast Asia’s largest online travel app, told Reuters it would go public soon and was evaluating a merger with a SPAC as an option.

SoftBank Group Corp’s Vision Fund is also seeking to raise $525 million through such a structure.

Last month, a SPAC led by Zage raised $276 million, while Li and Thiel’s Bridgetown Holdings raised $595 million to acquire a target in the technology, financial services or media sectors in Southeast Asia, making it the biggest SPAC focused on the region.

“Most growth companies in Southeast Asia are aware of the SPAC exit route and are keen to explore merging with a SPAC,” said Bhutani.

SPACs are known as “blank-check” companies, given their often loose and speculative investment mandates.

Typically, they can acquire entities in as few as four to five months and have deadlines of up to two years to seek targets, failing which they return all money to the public shareholders.

“Chinese companies tend to be more conservative about taking the SPAC route as they have a proven track record of raising money via an IPO,” Kuo said.

Other Asia-focussed SPACs include that of Chinese firm CITIC Capital which raised $240 million, another healthcare SPAC by Sin and a Southeast Asia-targeted one backed by investment firm Argyle Street Management.

Bankers in Asia expect a wave of mergers in coming years when the new SPACs merge or acquire their targets, through a process known as “de-SPACing”.

“There are 200 unicorns in Asia. De-SPACing is going to start with those high-growth companies,” Christopher Laskowski, head of Citi’s Hong Kong corporate and investment banking team, said at a Mergermarket webinar this month.

“I can see at some point it’ll transform into a much broader industry phenomena,” Laskowski said.

For now, a record number of companies in Asia have seen their valuations double after IPOs this year as retail investors make the most of unprecedented market liquidity.

“Since there are a lot of companies in Asia waiting to go public, they may look to SPACs as an alternative to IPOs. I would imagine more to happen,” said Jonathan Zhu, Hong Kong-based managing director at Bain Capital Private Equity.