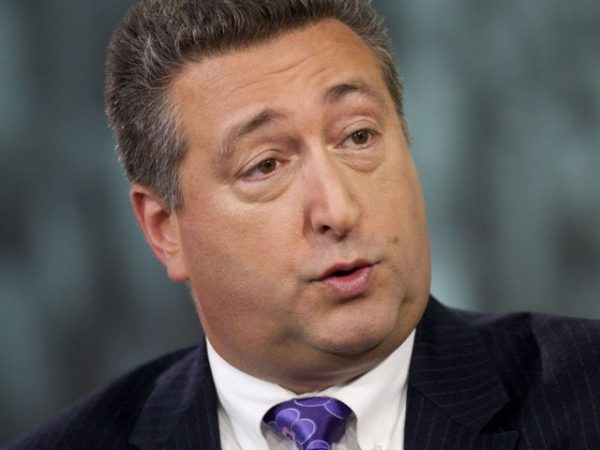 Of the plethora of special-purpose acquisition companies “so many people are cranking out” in “a land rush,” only “a handful are good,” Barry Ritholtz says.

Indeed, investing in SPACs is “rolling the dice,” he argues in an interview with ThinkAdvisor.

The issue is: “You’re essentially betting on a management team to find a company they’ll be able to do a deal with,” he explains, identifying two SPAC experts he recommends that investors consult.

The candid co-founder, chair, and chief investment officer of Ritholtz Wealth Management is a market-wise veteran FA, 59, with “a nose for BS” — as RIA Ken Fisher put it in a USA Today column — and a nose for news too.

A pioneering financial blogger, Ritholtz’s The Big Picture draws 1 million page views a month; and his “Masters in Business” podcast, on Bloomberg Radio, is streamed or downloaded 8 million to 10 million times a year. The writer has conducted a weekly Bloomberg Opinion column since 2013.

Ritholtz used to have a reputation for being a perma-bear; now people tell him he’s a perma-bull since he’s “very constructive” when it comes to the market,” he notes.

In the interview, he shows his unabashed bullish side, forecasting that the coronavirus pandemic will have released its grip enough for some level of U.S. normalcy to return by October. Still, he ponders how much upbeat anticipation will already be priced into the market.

Press coverage of the GameStop frenzy had him fuming, he noted. It was merely a fluky event overblown by the media and generated no earthshaking change to the nature of stock market investing.

In our conversation, he lauds the “fascinating change” to advisors’ practices forced by the pandemic, expresses a little caution about investing in Bitcoin and explains his unusual approach of matching clients’ risk tolerance with strategies named for NASA spacecraft missions.

Ritholtz, whose firm is based in New York City, uses a combination of quantitative data and behavioral economics in formulating his strategies.

The most critical job for FAs right now is to not let “meaningless day-to-day noise — market bubble, inflation forecast, GameStop craziness, and so on — distract clients from “staying on track with [their] long-term [financial] plan,” he insists.

ThinkAdvisor held a phone interview with Ritholtz on Feb. 22. The advisor, author of “Bailout Nation: How Greed and Easy Money Corrupted Wall Street and Shook the World” (2009), was speaking from his home on Long Island, New York. A sidebar chat started out to be about one of his favorite leisure pursuits but somehow wound up with his outlook for a major U.S. industry.

Here are excerpts from our interview.

THINKADVISOR: What’s your take on the SPAC trend?

BARRY RITHOLTZ: There’s a land rush going on — so many people cranking out SPACs. The problem with SPACs is that you’re essentially betting on a management team to find a company they’ll be able to do a deal with. There’s a handful of good SPACs and lots of mediocre SPACs.

What chiefly should investors keep in mind?

If you want to own SPACs, be aware that you’re rolling the dice. So if you feel compelled to own one, make sure that the management team has a great track record. If you want to throw a couple of bucks into a SPAC, I’m not going to tell somebody, “Don’t do it.”

It’s important to look up [experts] [Mariposa Capital’s] Martin Franklin and [Hudson Executive Capital’s] Doug Braunstein. These guys have a really good record with SPACs in being able to identify opportunities with a lot of upside for clients.

With respect to the pandemic, what do you foresee happening in the market over the next several months?

The market has been telling anybody who would pay attention that this [disaster] is going to get better sooner than later. The early move off the lows in March 2020 that perplexed so many was the market looking over the valley of the pandemic and saying, “We will eventually have a vaccine and herd immunity and return to normalcy.” So far, it seems like the crowd did a good job sussing out how quickly we’d see some of that return. We’re definitely close to the end of the pandemic.

That’s the question: Is it three months? Six months? I can’t image going much past September or October — getting to herd immunity between April and August isn’t unreasonable. The biggest question is, if you’re a trader, not an investor, how much of that good news is already built into the stock market?

How much do you think?

If people want to argue that a lot of it is, I won’t push back on that too much. You could have said the same thing six months ago — that the market was seeing a recovery and a lot of that was built into the price. But here it is six months later, and [the market’s up] another 15%, 20%.

Folks are worried that higher inflation is en route. What you think?

People have been wrong about inflation for a long time. After the financial crisis, [Ben] Bernanke [Federal Reserve chair] said that hyperinflation was coming. But we didn’t even see inflation!

What about getting rising inflation now?

There’s definitely a lot of stimulus in the system that could generate some short-term transitory inflation. But that’s not the sort of inflation that historically has been so damaging to the economy. There are periodic, transitory spasms of inflation. They’re not like the 1970s when [inflation] was pernicious and long-lasting.

What are your thoughts about the GameStop frenzy?

Every couple of years I get really angry about the way the media covers something. The most recent thing was the GameStop trade. It was a minor, fascinating-but-irrelevant, made-for-television-storyline, and it couldn’t have been any less important to the average investor. It was so absurd that everybody [the media] got so obsessed with it.

There’s no big, broad lesson that investors can learn from what happened. People were trying to make it a big deal, like GameStop is a changing of the guard. It was not. It was just a specific set of things that came together. For the average investor, the takeaway is: Hey, sometimes stocks go crazy. It’s not like you should be trading options and looking to identify the next gamma squeeze.

What’s your thinking with regard to Bitcoin?

It’s already a cliché that the blockchain is more interesting than the coins themselves. If you want to speculate with some Bitcoin and throw a few percent of your liquid net worth [into it], go ahead. Just be sure that if it goes to zero, it doesn’t change your financial circumstances. If it goes up 10X, then, congrats. Go buy that boat you wanted.

What should advisors be watching for and paying attention to right now?

They should be paying attention to what their clients need and trying to fulfil those needs. Advisors won’t generate any insight for clients telling them there’s a bubble and to get out [of the market]. Advisors have no particular insight into when the economy is going to crash or accelerate or when we’ll get inflation. All the things that everybody seems to be focused on is mostly meaningless noise that doesn’t help investors reach their goals.

So what should FAs be telling clients?

To continue to dollar-cost-average within their portfolio and own a broad set of low-cost assets — and don’t let the day-to-day noise distract you from staying on track with your long-term plan. We don’t know what the future holds. But we have a pretty good idea about investing over the long term, thanks to history and being able to come up with a reasonable probabilistic assessment.

Broadly, how did the pandemic affect the way financial advisors run their practices? Will any changes stick for the long term?

Last March when everybody was forced to work from home and everything was a phone call or some form of virtual interaction and the advisor world didn’t fall apart, it became pretty clear that you’re not limited by your geographic location as long as you have a phone line and an internet connection. Your clients can be anywhere in the country. The advantages of having multiple people in one location suddenly looked a little askew.

What was the lesson learned?

One of the things that the pandemic taught was that your local region is no longer as relevant. Your region is now the United States. And that’s a fascinating change.

Speaking of far-flung places, why have you named your firm’s core asset strategies after NASA missions?

In asking how much risk clients are comfortable with, we found that labeling portfolios conservative, moderate and aggressive isn’t necessarily the best way to get them to think about risk tolerance. Taking [those labels] out of the conversation and forcing people to think about what they need, their long-term plan, what can they really put up with [and so on] is very effective.

But why call each portfolio after a different NASA space program?

I’m, kind of, a space geek; and my partners are too; so we named the portfolios based on how far various missions traveled [aligning with a strategy’s intended longevity]. Each is a reflection of how aggressive the portfolio is. This doesn’t put people into the box of conservative, moderate or aggressive.

“Voyager” has left the solar system; it’s way past Pluto. So that’s what we call our most aggressive portfolio. The Pioneer spacecraft went to Jupiter — not as far as Pluto but further than some other [planets]. So “Pioneer” is for growth. “Explorer” is sort of middle-of-the-road and is for moderate growth. The Mariner program sent a series of spacecraft to places like Mars, Mercury and Venus. Our “Mariner” portfolio is for balanced income and growth. And “Viking” [capital preservation and income] is our most conservative strategy.

Your bio says you’re a “vintage sports car enthusiast.” So do you hang out with Jay Leno, who has a huge car-and-bike collection?

I’ve never met Jay. My thesis is that cars are for driving, not for investing. If I go out and buy a car, it’s because I want to have fun driving it. I just returned a new Ford electric Mustang Mach-E that I borrowed. I drove it around for a week. It’s a better-made car than Tesla’s.

What’s your expectation for electric car sales in the future?

The whole car industry will be electric in a decade. They watched what Jeff Bezos [Amazon’s founder] did to retail, and I think the auto industry said, “We can’t let the same thing happen to us.” So they’re trying to compete.

Source: ThinkAdvisor – Barry Ritholtz: How to Pick a SPAC (If You Must)