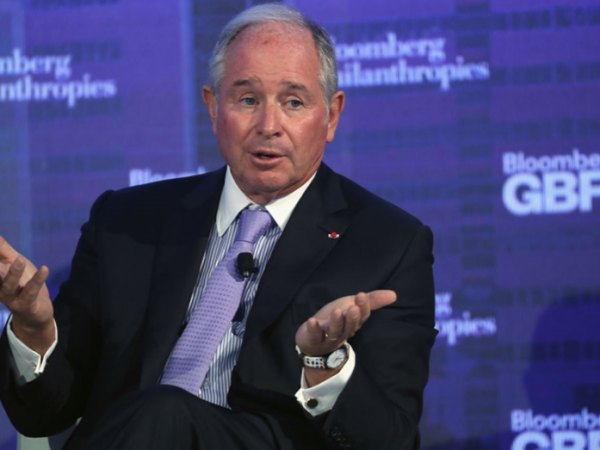 Since Blackstone launched in 1985 with $400,000 in seed money, the asset manager has expanded from traditional buyouts to the credit markets, real estate and more.

But on Thursday, those strategies were upstaged by wins from Blackstone’s more recent bets in growth investing and the freewheeling SPAC market, pushing Stephen Schwarzman’s firm to its biggest quarterly profit to date.

Blackstone said it swung to an operating profit of $1.75 billion in the first quarter, compared to a loss of $1.07 billion in last year’s first quarter when COVID-19 battered the global economy.

The surge in earnings came in large part from the cash bump it received when Bumble, a dating app company Blackstone acquired in 2019 at a roughly $3 billion valuation, went public in February valued at nearly $8 billion, according to a PitchBook estimate.

In March the firm scored another coup when payments-processing company Paysafe, which Blackstone and CVC Capital Partners acquired for nearly $4 billion, was taken public at a roughly $9 billion valuation through a SPAC merger led by Bill Foley.

Blackstone’s earnings were also driven by its broader private equity portfolio, which appreciated in value more than 15% in Q1, outpacing the S&P 500’s 5.8% bump. Blackstone’s growth investing strategy, which launched in early 2019, is part of that segment.

Blackstone president Jonathan Gray, citing concerns about inflation risk, said on an earnings call that the firm will continue to emphasize growth deals, which typically target late-stage private companies with a majority or minority investment.

“Our response to that is to try to buy businesses that are in these good neighborhoods that have real tailwinds, that can grow to offset what could be some multiple pressures,” Gray said.
Blackstone looks poised to see more wins from its growth segment again soon. Earlier this week, Oatly, a plant-based dairy company known for its oat milk, filed paperwork to go public. Blackstone led a $200 million investment for a 10% stake in the Swedish company last year alongside celebrities including Oprah, Natalie Portman and former Starbucks CEO Howard Schultz.

Gray said SPACs have emerged as an exit option for its portfolio companies despite a rising threat of regulatory scrutiny. The firm has yet to launch its own SPAC strategy like rivals Apollo Global Management and KKR.

“For our private equity portfolio it’s led to a number of the realizations you read about in Q1,” Gray said of the SPAC boom, adding that the competition from blank-check companies hasn’t hampered the firm’s ability to deploy capital.

Blackstone continued to make big bets in the first quarter, deploying some $5.6 billion through its private equity strategy.

In February it acquired private jet company Signature Aviation for $4.7 billion in a deal alongside Bill Gates’ family office, and agreed to acquire UK vacation company Bourne Leisure in January. Both were bets on a strong global economic recovery driven by the rollout of COVID-19 vaccines.

“I think as you see the vaccine spread this economic dam is really starting to burst,” Gray said. “And it’s going to be widespread in terms of an increase in activity and revenue across most businesses.”

Blackstone posted distributable earnings, or the amount available to pay shareholders, of $1.19 billion, up from $557.1 million in the same period last year. The firm’s assets under management grew to $648.8 billion, an increase from $618.6 billion at the end of 2020, edging the firm closer to its goal of achieving $1 trillion in AUM by 2026.