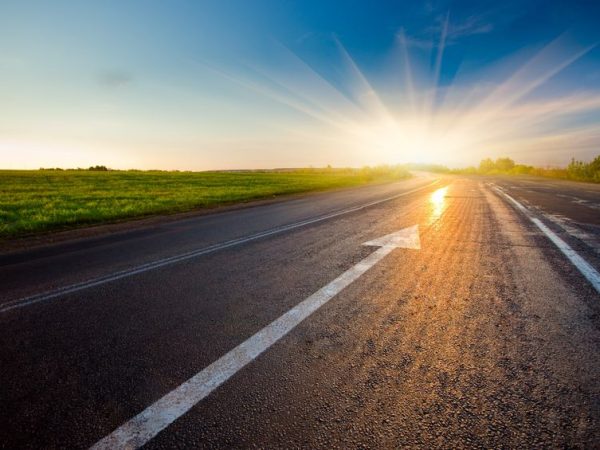 In Mintz’s recent article—“Public Benefit Corporations are Going Public,”—we predicted that, as Special Purpose Acquisition Companies (“SPACs”) reemerge as an alternative to initial public offerings (“IPOs”), Public Benefit Corporations (“PBCs”) would start going public through the SPAC process. Not surprisingly, two PBCs have recently done just that, and it seems certain that more PBCs will follow. It is important to note, however, that regulators like the U.S. Securities and Exchange Commission (the “SEC”) are increasingly focused on SPAC oversight, which may slow the frequency of SPAC transactions as regulators issue new guidance and enforcement measures.

As described in Mintz’s previous articles—“Can I Raise Venture Capital as a PBC?” and “What are My Exit Options as a PBC?”—a PBC is a legal corporate form created by the state of Delaware in 2013 that, among other things, codifies a company’s social mission.[1] A PBC allows a board of directors to make business decisions based not just on the economic interest of the corporation’s shareholders (as required by the traditional C-Corporation corporate form), but based also on the PBC’s mission, which may focus on the interests of those materially affected by the corporation’s conduct, including employees, customers, communities and the environment. PBCs are gaining mainstream acceptance as societies and markets increasingly insist that corporations generate positive social impact alongside profits.

Parallel to the rise of mission-driven PBCs is the renewed popularity of SPACs, which have dominated the markets over the past two years as an alternative IPO-strategy for many companies interested in accessing capital. Mintz’s comprehensive report produced in collaboration with PitchBook, Breaking Down the SPAC Surge: A Review of Key Trends & Issues Defining the Phenomenon (the “Mintz SPAC Report”), highlights this trend. For example, in 2020, nearly $125 billion was raised across hundreds of SPACs with 123 SPAC mergers announced or closed for an aggregate of $59.3 billion.

The process of going public through a SPAC transaction can be faster, but is no less complex, than a traditional IPO. This is how the process works:

PBCs have begun to fill the demand for mission-driven companies in the public markets by engaging in SPAC IPOs and de-SPAC transactions. For example, according to ImpactAlpha, as of mid-March 2021, 31% of outstanding SPACs (based on deal value) pursue business strategies that are aligned either partially or entirely with sustainable investing strategies that include (1) social and environmental themes; (2) the achievement of impact; and (3) the integration of environmental, social, and corporate governance (“ESG”). Professor Christopher Marquis, the Samuel C. Johnson Professor in Sustainable Global Enterprise at Cornell University, discusses the link between SPACs and sustainability in his April 1, 2021 Forbes article, “New SPAC Sees Growing Market Opportunities For Stakeholder-Minded Businesses and Investors,” where he contends that the processes of both a SPAC IPO and a de-SPAC transaction can complement a PBC’s impact objectives:

“Demand for ESG and impact in public markets is rising in several ways. Public equity impact strategies experienced one of the most significant growth rates across all asset classes from 2014 to 2018, and sustainability-focused funds saw record inflows in the first quarter of 2020, particularly to mitigate risks amid the Covid-19 pandemic . . . But the availability of ESG-focused companies addressing global challenges are not increasing to match this demand.”

AppHarvest Inc. (“AppHarvest”), a PBC, engaged in a de-SPAC transaction by going public through a merger with a public SPAC Entity, Novus Capital Corp., on February 1, 2021, making AppHarvest the first PBC to engage in a de-SPAC transaction. AppHarvest is an agriculture technology company focused on building and operating “high-tech indoor farms to sustainably grow affordable, nutritious, chemical pesticide-free non-GMO fruits and vegetables at scale using 90% less water than traditional open-field agriculture and 100% recycled rainwater.” After AppHarvest and Novus Capital Corp. completed their merger in February 2021, the combined entity was renamed AppHarvest and now trades on Nasdaq Global Select Market. As a result of the transaction, AppHarvest received approximately $475 million of gross proceeds and over $435 million of unrestricted cash to fund operations. Since the completion of the merger in February 2021, AppHarvest’s trading price was as high as $38.21 and as low as $12.61 as of the publication of this article. On April 19, 2021, shares of AppHarvest entered into oversold territory, hitting an RSI reading of 28.3.

In addition, Sustainable Development Acquisition I Corp. (“SDAC”) formed as a SPAC Entity to acquire or merge businesses addressing global challenges identified by the United Nations Sustainable Development Goals, including businesses in the water, food, agriculture, renewable energy, and environmental resource management industries, and went public through a SPAC IPO on February 9, 2021, becoming the first PBC SPAC Entity. The Sponsors of SDAC, Renewable Resources Group and Capricorn Investment Group, each of which has dedicated their expertise and resources to investing in “market opportunities to create financial value, generate environmental and social benefits, address environmental, labor, or natural resource challenges,” raised approximately $316 million at the closing of SDAC’s upsized initial public offering of 31,625,000 units at a price of $10.00 per unit. SDAC is currently searching for Targets to merge with and to begin a de-SPAC transaction. SDAC’s units are currently traded on the Nasdaq Capital Market. Since February, SDAC’s unit price had a high of $11.45 and a low of $9.74, and closed at $10.12 as of the publication of this article.

As more PBCs go public either through SPAC IPOs like SDAC or de-SPAC transactions like AppHarvest, they should carefully address related risks. For example, a PBC going public through a SPAC will have to carefully and clearly draft its public filings with the SEC to describe not only the opportunities afforded to the PBC corporate form, but also the associated risk factors of the PBC, such as potential shareholder derivative litigation to enforce the PBC’s social mission. In addition, as Tom Burton, Mintz Member and Chair of the Energy & Sustainability Practice, discussed in “SPAC Chat Episode 3: Tracking Trends of the SPAC Surge” on the From the Edge: Insights on the Innovation Economy podcast, “the SEC has indicated that they are taking a look at this marketplace and trying to determine whether there ought to be any additional disclosure requirements.”

Not surprisingly, the SEC stated on April 12, 2021 that it will begin to examine the accounting principles that SPACs have used to classify their warrants. SPACs have typically classified warrants issued to investors during the capital raising process as equity on the SPAC’s balance sheet. However, under certain circumstances, the SEC has stated that some warrants should be classified as liabilities, which would require the SPAC to periodically account for changes in the warrants’ value. One possible adverse impact the SEC’s announcement is that affected SPACs would have to restate their financial results if the fluctuations are material. As a result of the SEC’s statement, the Wall Street Journal cautioned that the frequency of SPAC transactions has begun to decrease because “[c]ritical comments from regulators appear to be scaring off some investors and new offerings” in the April 16, 2021 article, “SPAC Hot Streak Put on Ice by Regulatory Warnings.”

While there may be challenges and risks associated with SPAC transactions and evolving regulatory oversight, there are also exciting opportunities for PBCs that go public through SPACs. For example, SPACs allow companies to go public without as much public scrutiny as a traditional IPOs, while also enabling PBCs to more quickly access capital for operations or expansion. In addition, a PBC that goes public through a SPAC can quickly reach a wide range of new investors and capital, as public investors are eager to support companies making a positive social and environmental impacts. Further, the PBC could see increased publicity for and awareness of their larger social mission. In this complex and exciting marketplace, however, mission-driven leaders hoping to go public through a SPAC transaction or through the traditional IPO process should seek out experienced counsel and legal advice.

[1] In addition to Delaware, 35 states and the District of Columbia have passed legislation allowing the formation of PBCs. See https://benefitcorp.net/policymakers/state-by-state-status.