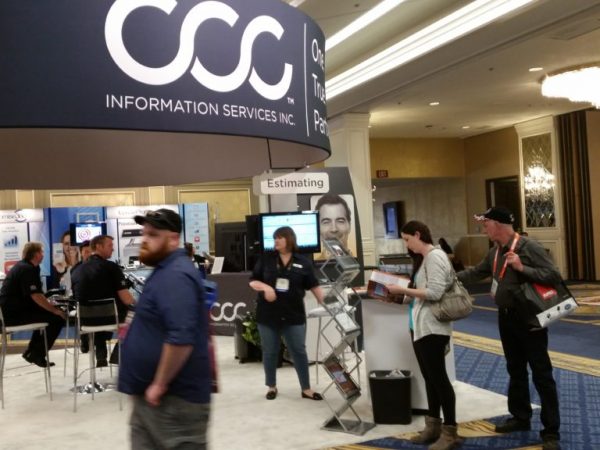 CCC Information Services Inc. is teaming up with a special-purpose acquisition company to go public in a deal that values the IT provider to car insurers at $6.5 billion.

CCC will merge with a SPAC backed by Dragoneer Investment Group in a deal worth $7 billion including debt, the companies said Wednesday, confirming an earlier Wall Street Journal report.

Chicago-based CCC’s technology allows policyholders of insurance companies to upload photos into a mobile app from an accident scene and, moments later, get a repair estimate via artificial intelligence. The company counts more than 300 insurers, 25,000 collision-repair facilities, dozens of auto makers and thousands of parts suppliers as its clients. Its technology connects these parties to get claims handled and vehicles repaired after wrecks.

The 41-year-old business, majority-owned by private-equity firm Advent International, is part of a wave of companies making their public-market debuts through SPACs rather than traditional initial public offerings. SPACs, also known as blank-check companies, turn the IPO process on its head by going public and raising cash without a business, and then searching for one to combine with.

Through the merger and an associated fundraising known as a PIPE, CCC will generate proceeds of nearly $1 billion.

Some of that is to go toward software research and development as techniques including artificial intelligence and machine learning are increasingly used to speed up and improve the claims and repair experiences of policyholders with damaged vehicles.

Among other efforts, car insurer USAA has been working since 2019 with Alphabet Inc.’s Google Cloud unit to develop a photo-based estimating program for its policyholders.

Last week, a London technology startup, Tractable, announced a partnership with Hartford Financial Services Group Inc. to use artificial intelligence to shorten the time between car wreck and repair at the body shop. Tractable is working with one of CCC’s rivals, Mitchell International Inc.

“We really think in the next five years, the pace of digitization we are seeing across our customer base will accelerate,” CCC Chief Executive Githesh Ramamurthy said in an interview. The firm is already spending $100 million annually on research and development, he said.

Eric Wei, a managing director at Advent, said CCC “is in the first inning in digitizing” the car-insurance industry’s claims process.

He said CCC was approached by several SPACs about a deal as it was preparing for an IPO. It opted to engage solely with Dragoneer because of the investment firm’s record and experience working with technology companies.

In addition to Dragoneer, which is known for backing tech startups like Airbnb Inc., Snowflake Inc. and Slack Technologies Inc., CCC will add mutual-fund firms Fidelity Investments and a unit of T. Rowe Price Group Inc., as well as Michael Bloomberg’s family office, Willett Advisors, as investors. None of CCC’s existing investors is selling as part of the deal.

Marc Stad, Dragoneer’s founder and portfolio manager, said there was so much demand that they kept the investor base very narrow.

The company will be renamed CCC Intelligent Solutions Holdings Inc. and is to start trading on the New York Stock Exchange when the merger closes. That is expected to happen in the second quarter.