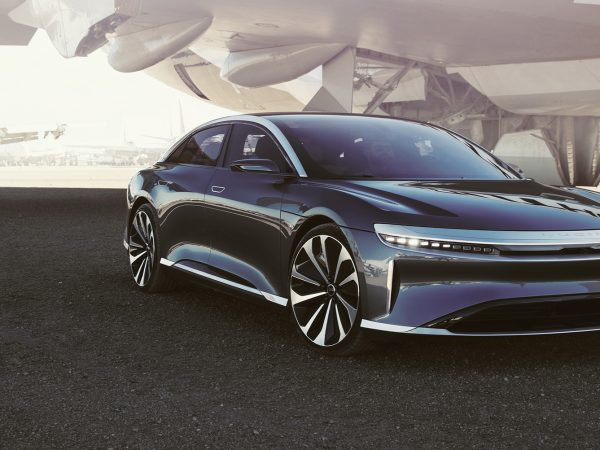 Bulls look likely to win the battle today with Churchill Capital IV (NYSE:CCIV), as a new interview sends CCIV stock soaring. Without confirmation of a Lucid Motors SPAC merger, what is the rally all about? And what else do you need to know now?

Here is a quick recap. Bloomberg announced that Churchill Capital, a blank-check company from Michael Klein, was planning to take Lucid Motors public. Investors have been bidding up CCIV stock in a frenzy because of its electric vehicle disruptor status. However, the uncertainty of the SPAC merger has caused some volatility.

In recent weeks, news that the Public Investment Fund of Saudi Arabia was in talks to build a second production facility in Jeddah weighed on shares. Then, an article in the Wall Street Journal claiming a merger announcement was far away created a plunge. Although these short-term hits have been painful for investors, it looks like there is new reason for hope today.

On that note, what is behind the rally in CCIV stock today?

It looks like an interview with Lucid Motors CEO Peter Rawlinson on CNBC is responsible. Rawlinson, a former Tesla (NASDAQ:TSLA) engineer, is quite exciting to CCIV bulls. That is because Rawlinson knows the ins and outs of the EV leader. He also can add the Tesla Model S to his track record, and he promises to deliver his own Air EV in just a few months. Without a Lucid Motors SPAC merger announcement, every little thing he or Klein announces comes under great scrutiny. Today was no different.

Although Rawlinson said he could not comment on the CCIV stock rumors or even a SPAC merger in announcement, he is still sparking hope…

The Bottom Line on CCIV Stock

The bottom line is that Rawlinson left the door open. To social media users, the fact he did not outright deny the rumors is a good sign. Additionally, he shared some positive updates about Lucid Motors.

During his presentation on CNBC, Rawlinson said that he understands the game between Lucid and Tesla (hint: It is all about the tech). He also affirmed that the Arizona factory is now built and operational, with a current capacity of 34,000 vehicles. He also announced that six retail showrooms are open in California and Florida, perhaps giving investors something else to research.

So where do things stand for investors now? CCIV stock is up 9.7% as of this writing, proving bulls right after the latest pullback. Remember that we are still waiting for the requisite U.S. Securities and Exchange Commission filings or further merger confirmation, but the story here continues to be appealing. Keep this one on your radar.