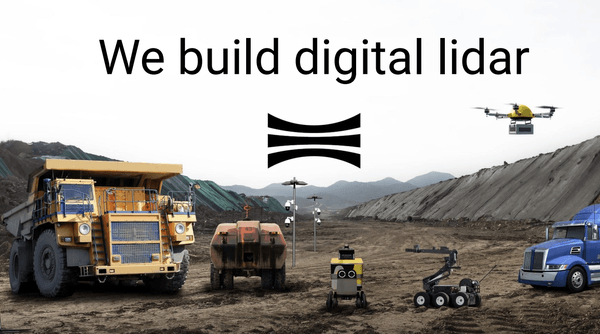 While other lidar stocks have zoomed higher following SPAC deals, Colonnade Acquisition (CLA) still trades around $13. Back on December 22, the SPAC agreed to a business combination with lidar sensor developer Ouster which will trade under “OUST” on the NYSE. The stock appears attractively valued compared to competitors that already have doubled following the closing of SPACs.

Ouster is a leader in four digital lidar target markets: 1) Industrial automation, 2) smart infrastructure, 3) robotics, and 4) automotive. The company appears most like Velodyne Lidar (VLDR) with a major focus outside of automotive.

As with the other lidar companies like Velodyne Lidar and Luminar Tech (LAZR), Ouster tells a very promising story of ramping projects leading to substantial revenue growth. The company promotes 2030 market estimates of over 100 million lidar units sold in the above target markets with 68 million assigned to smart infrastructure. The company is only forecasting the sales of 2,000 units this year on sales of just $19 million.

The company already lists a large customer base of more than 450 with non-automotive customers accounting for less than 15% of projected revenues. The business is very much focused on the high performance, but low-cost solutions needed to proliferate unit sales outside of automotive. The company has a goal of $100 lidar units by 2030. Though, the company does project an ASP of $7,752 this year to dip to only $1,703 by 2025.

Ouster forecasts a 2025 TAM to reach nearly $10 billion while other industry estimates don’t approach anywhere near these levels. Yole has a $3.8 billion total market opportunity in 2025 led by ADAS vehicles. While most analyst estimates expect a big uptake in automotive demand, the estimates don’t forecast smart infrastructure to top automotive while Ouster has numbers at $2.5 billion and industrial at $2.1 billion. All of the sectors are expected to reach major inflection points around 2024 so investors owning the stocks here are betting on the long term.

Based on the market growth scenarios, Outster is forecasting rather bleak revenues turn into massive amounts by 2024. The stock is indeed cheap, if the digital lidar company can reach 2025 sales of ~$1.6 billion.

The company projects nearly 60% gross margins leading to 36% EBITDA margins by 2025. The risk in the sector remains that these aggressive growth targets aren’t reached highlighted by the recent Velodyne Lidar warning. The competitive nature of the business could lead to pricing pressure amongst a large group of public companies now. Otherwise, Ouster is a great deal here with EBITDA jumping to $569 million in 2025.

With several other major lidar SPACs already closing deals, the market appears to have forgotten about this business combination following the initial pop. The ironic part is that Ouster trades at similar valuation multiples with where Luminar and Velodyne Lidar initially traded.

The Ouster deal had an initial equity value of $1.9 billion and an enterprise value of $1.6 billion with $300 million in net cash. The Colonnade Acquisition IPO will provide $200 million in proceeds while a $100 million PIPE will add the additional cash. With 185 million shares outstanding, Ouster has a current EV of $2.1 billion based on the stock at $13.

As per the company benchmarks, Ouster has an EV of 1.5x ’25 sales targets while the other stocks such as Velodyne Lidar trades at 4.4x and Luminar is insanely valued at 16.0x. The market appears far more focused on the lidar company more focused on automotive and running into issues on whether a key contract with Mobileye, owned by Intel (INTC), remains intact by 2025. A lot of AV manufacturers are building their own lidar technologies such as Cruise Automotive (GM) and Waymo (GOOG) (NASDAQ:GOOGL).

A lot of questions exist on which of these companies will win the technology race over the next decade. Not to mention, a lot is yet unknown in which markets will develop the fastest.

The key investor takeaway is that Ouster now appears the best deal in the lidar sector. The stock hasn’t rallied following the SPAC deal announcement while Velodyne has doubled and Luminar has tripled. The sector isn’t without risk due to possibly aggressive financial projections, but the Colonnade Acquisition SPAC appears a good bet of a stock headed higher.