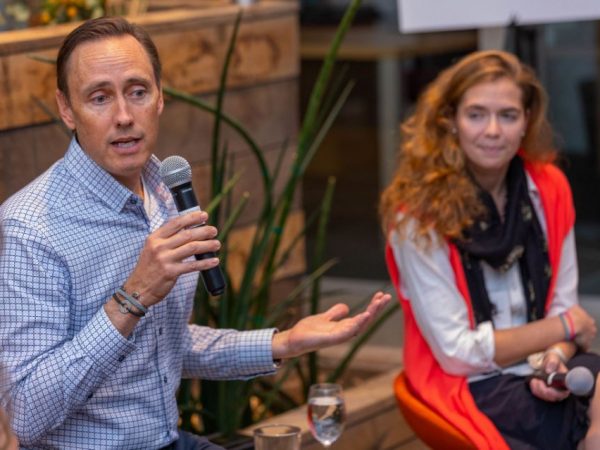 Future Ventures — cofounded by venture capitalist Steve Jurvetson and Maryanna Saenko, a colleague of Jurvetson at his last firm, DFJ, as well as an investor previously with Airbus Ventures and Khosla Ventures — has closed its second fund with $200 million in capital commitments, say the pair.

In a wide-ranging conversation yesterday afternoon, Jurvetson characterized the fund as “dramatically oversubscribed in a fairly short period of time,” adding that roughly one-third of its investors are venture capitalists or other investors, that the “second largest bucket [comprises] tech executives, CEOs, and former CEOs of enormous companies of relevance to our ecosystem” and that the last third of the firm’s capital is coming from institutions, including one university endowment. (He didn’t specify which.)

As with Future’s $200 million debut fund, which closed two years ago, the outfit’s newest vehicle has a 15-year time horizon, giving it more leeway to make longer-term bets. Jurvetson also confirmed that as with that debut fund, Future features fairly standard economics, including charging 2.5% in management fees and 25% in so-called carried interest (meaning the share of the profits that Future keeps from its investments).

“We tell our LPs, ‘Look, this is a long game, these companies take longer than five to seven years to come to full maturity,'” said Jurvetson, who has been on the board of SpaceX since 2009 and, along with three other directors, left the board of Tesla in September, following a 13-year run as a director. “They may go public in that timeframe. But as you can see with Tesla and SpaceX and some of the greatest tech stories of our day, you really would regret having feel pressured to punch out early when they’re really in the greatest phases of torrid growth.”

Undoubtedly, Future’s new fund could have been bigger. Jurvetson has been doing business with Elon Musk for more than 20 years, and beyond his early involvement with SpaceX and Tesla, Future participated in the first round of Musk’s tunnel-based transportation system, Boring Company.

The firm also wrote the first check to Musk’s neurotechnology startup, Neuralink, which last summer unveiled its progress toward developing implantable brain-computer interfaces that include thousands of electrodes that Musk helps will eventually help to cure conditions like Alzheimer’s and dementia, among other things.

Though SpaceX is now an 18-year-old company, Future has a stake in that business, too. In fact, Future’s first check went to Space X, and the firm last year raised a $100 million SpaceX SPV (special purpose vehicle) in just five days — capital that Saenko said came from most of the fund’s investors, who were given the option of participating if they wanted.

These pop-up type funds won’t happen routinely, according to Jurvetson. “We communicated in our fundraising that a special situation, maybe two, would occur where we do a later-stage, large check, single investment in a company we have immense conviction in, and we didn’t anticipate that to happen right away, but the opportunity to reopen the prior year’s round [in SpaceX] and join an extension of that close made it very tempting to do on behalf of the fund.”

The broader plan is to continue committing smaller amounts to startups — $3.8 million on average — and for that funding to be the first that the teams raise. Future intends to invest in roughly 20 companies altogether from the new fund — as with the last — and to take a more relaxed view on board seats than might other firms.

Part of that owes to necessity, suggests Saenko, noting that she and Jurvetson only have so much bandwidth. But she also said she could “not think of a single situation where we’re not fully in the information flow of the company” even without a director role, which is often why VCs insist on one.

In the meantime, well beyond its Musk-related bets, Future has been assembling a portfolio that’s wide-ranging, with investments tied to cellular manufacturing, longevity, and edge AI, among other things.

It just led a follow-on round in Sensei Biotherapeutics, a 21-year-old, Boston-based developer of personalized cancer drugs that’s planning a public offering this year and which uses bacteriophage to induce an adaptive immune response.

Future — which is also investor in the lab-grown meat producer Memphis Meats — is also very focused right now on regenerative agriculture and permaculture, which is an approach to land management that adopts arrangements observed in flourishing natural ecosystems.

Said Saenko, “I think it would behoove all of us to look at our food industry and ask what are the ways in which we are currently feeding our global population that are unsustainable in the future, given the number of people that we have and are going to continue having on this planet.”

What doesn’t interest the pair remotely are other trends sweeping the venture industry right now, from space investing to moving from California.

On space investing, Jurvetson — who led DFJ’s investment in both SpaceX and the satellite company Planet — said it’s far too crowded now (“though I’m going to be a space tourist one day for sure”).

As for moving — as Musk did recently to Austin — Saenko isn’t going anywhere, she said. Neither is Jurvetson, who spent 12 years in Texas, including in high school, and has no interest in returning.

“Sadly,” he said yesterday, “many of my friends have punched out and gone to Texas or Florida.” He berates them for it, too, he said, explaining: “If you become wealthy enough as an investor or an entrepreneur such that you could choose to live anywhere you want in your life, why in the world would you pick up and go to some godforsaken place now? Just to avoid capital gains tax? How about, for example, donate to charity instead and avoid that capital gains tax?”

There is a “different way to look at the world rather than just trying to do wealth transfer and preservation across generations,” he said. “That just feels so short-sighted to me.”

And don’t even get them started on the blank-check companies that have come into vogue as a path for more automotive companies in particular to become publicly traded. For example, Lucid Motors, the California EV startup that gave up majority ownership to Saudi Arabia’s sovereign wealth fund last year in exchange for $1.3 billion, is reportedly in talks to go public through a merger with one of the special purpose acquisition vehicles of Wall Street veteran Michael Klein.

Faraday Future, another electric vehicle startup, is reportedly looking to go public via a merger with a separate SPAC sponsor.

Asked what Future Ventures makes of the trend, Jurvetson — who experienced a high-profile split from DFJ in 2017 (DFJ has continued on as DFJ Growth) — did not mince words about the electric vehicle category especially. “It would be really refreshing if a decent company was included in the mix, but it is just a rogue’s gallery of horrific companies.”

Mostly, he continued, “these are companies that are unable to raise a penny from any other source” at this point in their trajectory.

Saenko was more diplomatic if no more optimistic about some of the related deals being struck right now.

“We’re not saying that every SPAC company is a terrible company,” she said. “I think what we’re saying is that everyone should be very wary of these companies because of Steve’s point that they’re early-stage companies and the SPAC is solely a fundraising system.”

Public market investors “expect a particular level of maturity and progress and meaningful forecasting from the companies that are on the public markets,” she added, “and that’s just not going to be true of the vast majority of the companies that have gone through SPACs. And that could have a potentially terrible blowback on the entire tech industry.”