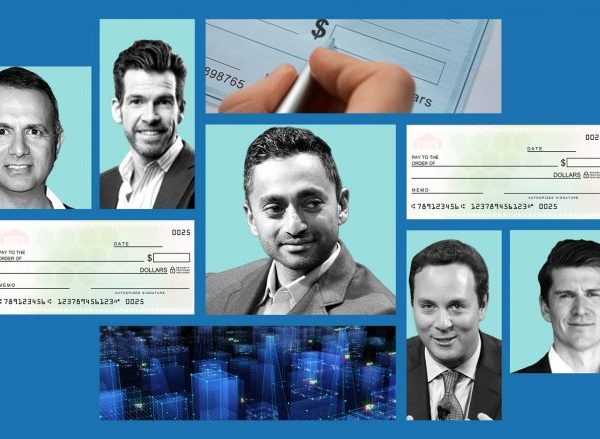 It’s a good time to be a startup aspiring to go public.

More than a half-dozen of those entities, also known as special-purpose acquisition companies, are targeting proptech startups. The VC firm Fifth Wall Ventures was the latest to jump into the fray, and other big firms — including CBRE and SoftBank — have recently hopped on the SPAC bandwagon.

It’s proven to be a successful vehicle for proptech firms: Opendoor went public by merging with a blank-check company formed by investor Chamath Palihapitiya, one of the most prolific SPAC sponsors this cycle. Porch.com also went public in a SPAC deal, and SoftBank-backed View, a smart glass maker, is set to launch its IPO with a SPAC sponsored by Howard Lutnick’s Cantor Fitzgerald.

With no underlying assets, SPACs raise money from investors betting on the sponsor’s track record and ability to strike a deal. After the company goes public, sponsors typically have 24 months to secure a merger, or the investors get their money back.

Given the influx of cash into SPACs right now, raising money isn’t the hard part. But in an increasingly crowded environment, sponsors need to have an edge when it comes to deals, said Evan Ratner, a securities analyst at asset management firm Levin Easterly. “You’re not looking for the also-ran,” he said.

And with so many SPACs out there, it may become harder to find merger partners at a good price. “The seller is going to be able to say, ‘Hey, seven SPACs want to buy us, we’ll sell to the highest bidder,’” said Jay Ritter, a University of Florida finance professor who collects IPO data.

For SPAC investors, however, there’s little downside. At the time of a merger announcement, investors can sell shares or tender the stocks for what they paid plus interest. “It’s like a cash return on the downside,” said Patrick Galley, CEO of RiverNorth Capital Management, an investment firm with $4.4 billion in assets under management. “On the upside, it’s an equity option to whatever company they do a reverse merger into.”

These are SPACs hunting for proptech deals, and approximately how much they’re looking to invest:

Los Angeles-based Fifth Wall was co-founded in 2016 by Blackstone alumni Brendan Wallace and Brad Greiwe. Previously, Greiwe co-founded Invitation Homes, the investment firm’s single-family rental platform; Wallace started as a real estate analyst at Goldman Sachs. A prolific fundraiser, the firm closed a $503 million proptech fund in 2019, the largest of its kind. It has a total of $1.2 billion in commitments and capital under management, and prior bets include VTS, Opendoor and States Title.

Masayoshi Son’s SoftBank already has investments and relationships with 100+ growth-stage companies, including Compass and Lemonade. With a blank-check company, the Japanese telecom giant will take one public. Its SPAC plans to merge with a company SoftBank hasn’t previously invested in, Bloomberg News reported.

CBRE, the world’s largest real estate services firm, is targeting companies with a track record in outsourcing, digitization and data proliferation with its SPAC, according to regulatory filings. The blank-check firm is led by Bob Sulentic, president and CEO of CBRE Group, and William Concannon, its global group president.

Spencer Rascoff co-founded Zillow, one of the most significant real estate startups. He and Alexander Klabin, executive chairman of Sotheby’s Financial Services, launched a SPAC in September, with ex-Blackstone exec Robert Reid joining as CEO. No word yet on whether it will be real estate-focused, or just tech.

Tishman Speyer is one of the country’s biggest commercial landlords with 78 million square feet of real estate. It’s also dabbled in proptech: Over the past few years, it has “selectively invested” in 11 tech startups, including VTS and Latch. The SPAC is its biggest bet yet.

Jordan Vogel and Aaron Feldman co-founded Benchmark Real Estate Group, an active multifamily player in the 2010s. After selling off $400 million worth of properties, they formed a blank-check company in February. https://therealdeal.com/2017/12/22/benchmark-has-now-sold-over-400m-worth-of-its-holdings-since-2015/

Co-CEOs Tom Hennessy and Joe Beck were previously investment managers at the Abu Dhabi Investment Authority. Their first SPAC raised $173 million and merged with Porch.com, a home-services startup that started trading Dec. 24. Porch is now valued at $1 billion, up from $523 million in July. https://therealdeal.com/national/2020/12/24/porch-valuation-soars-to-1b-after-ipo/

CEO Ophir Sternberg’s Lionheart Capital is the developer of Miami’s Ritz-Carlton Residences. The SPAC, which seeks to acquire “one or more” proptech companies, is being led by Sternberg and Lionheart CFO Paul Rapisarda. Another Sternberg-led SPAC acquired burger chain BurgerFi last month.