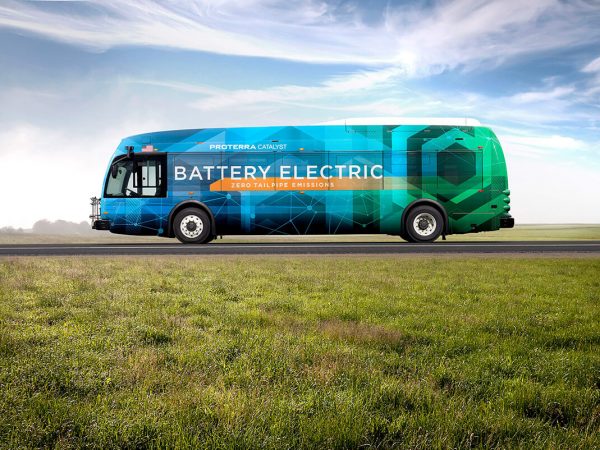 The deal represents an enterprise value of $1.6 billion for Proterra and includes $415 million from investors Daimler Trucks, Franklin Templeton, Fidelity Management & Research Co. and funds and accounts from BlackRock, among others, according to a statement. It’s expected to close in the first half of 2021 subject to approval by ArcLight Clean’s shareholders.

ArcLight Clean’s shares surged by as much as 78%.

The Proterra merger is the latest in a wave of deals between makers of electric vehicles, or EVs, and SPACs as auto companies seek to raise capital quickly and compete with industry giant Tesla Inc. Blank-check companies such as ArcLight Clean have emerged as a preferred way to do that, with SPACs raising a record $79.2 billion in 2020, to become one of the biggest segments of initial public offerings during the year.

Lucid Motors Inc., which is in talks to go public through a merger with one of Michael Klein’s special purpose acquisition companies, would be one of the most established EV companies to take this route. Nikola Corp. and Fisker Inc. also went public via blank-check deals last year.

“For us, this is really an inflection point of the industry,” Jack Allen, Proterra’s chairman and chief executive officer, said in an interview. “Doing a SPAC allows us to go faster and to be able to really accelerate the investments that are ahead of us in all three of our business segments that are driving revenue today.”

The company said it generated $193 million of expected 2020 revenue. Upon completion of the deal, Proterra expects to have up to $825 million in cash to fund growth initiatives, including R&D and the expansion of its next-generation battery program, it said in a statement.

Allen is expected to lead the company upon close of the transaction and Jake Erhard, ArcLight Clean’s president, will join the manufacturer’s board. Proterra’s existing shareholders have agreed to convert 100% of their ownership stakes into the new company and are expected to own more than 60% of the pro forma company at close.

The deal is expected to deliver about $648 million in cash at closing, including about $278 million of cash held by ArcLight Clean from its IPO.