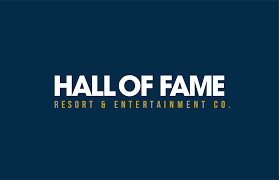 A company with ties to the Pro Football Hall of Fame in Canton, Ohio, benefited from not only one apparent investment bubble, but from two. Now the air is leaking fast.

Hall of Fame Resort & Entertainment went public in July through what is known as a reverse merger with a “blank check,” or special purpose acquisition company (SPAC), allowing the company to quickly raise $75 million in capital. Investing in SPACs has been a hot trend on Wall Street over the past year, opening the door to hundreds of companies going public.

The resort and media company also hopped on another recent bandwagon: It announced in March that it was getting into non-fungible tokens, or NFTs — unique digital assets that have spawned a boom in so-called digital collectibles. CEO Michael Crawford said NFTs would allow the company to “unlock additional value” and that it was going to focus on the growing digital collectibles market.

Shares of Hall of Fame Resort — which lost $71 million last year — more than tripled in March, sending its market value soaring to nearly $800 million in a matter of weeks. In the past few weeks, however, investor enthusiasm for SPACs has waned and prices for NFTs have fallen. The result: Hall of Fame Resort shares have slid, reducing its value by roughly $350 million and its exposing problems at the company. The stock remains up 230% this year.