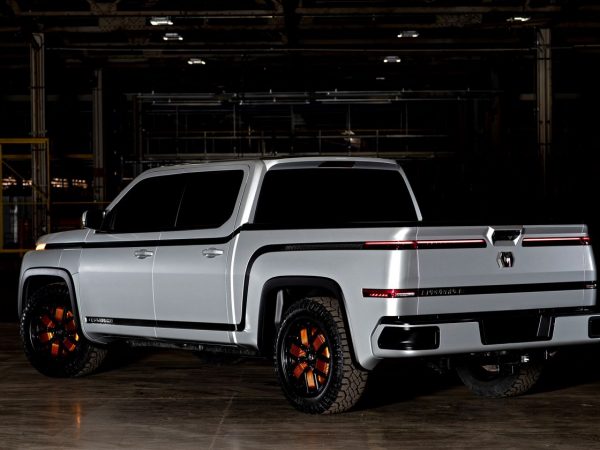 Stock in special purpose acquisition company DiamondPeak pulled back from a steeper decline to trade down more than 5% Tuesday afternoon. It apparently is a reaction to an issue involving Workhorse, but that’s wrong-headed. Trading in the stocks should be the other way around.

Workhorse stock (ticker: WKHS) was off 12.3% after the U.S. Postal Service said it was delaying a decision about replacing vehicles until the end of the year. Covid-19 was the reason cited.

Winning a contract to supply delivery vehicles to the post office would be a big deal for the electric-truck start-up, but it shouldn’t impact DiamondPeak (DPHC)—positively or negatively.

The two firms are connected, because Workhorse owns 10% of another EV start-up, Lordstown Motors, which plans to merge with DiamondPeak. Announced in August, the SPAC deal valued Lordstown stock at about $1.6 billion, based on the 164 million shares outstanding after the merger. The value of Lordstown Motors—which plans to introduce an electric-powered pickup truck called Endurance—is up to about $3.8 billion based on recent trading levels. DiamondPeak stock is up about 86% since announcing plans to merge.

A higher DiamondPeak stock price is good news for Workhorse, but the delay in the USPS contract for Workhorse doesn’t impact Lordstown. It is possible that Lordstown might someday manufacture products for Workhorse. Lordstown has a large facility acquired from General Motors (GM). In that context, the delay is negative, but future production, spoken about by Workhorse management from time to time, is speculative.

The shareholder meeting to vote on the DiamondPeak-Lordstown merger is slated for Oct. 22. A positive vote is all but assured. With DiamondPeak stock trading well above its premerger announcement levels, there is little incentive for investors to derail the deal.

When the deal closes, DiamondPeak stock will change its name to Lordstown Motors and the stock symbol will be “RIDE.”