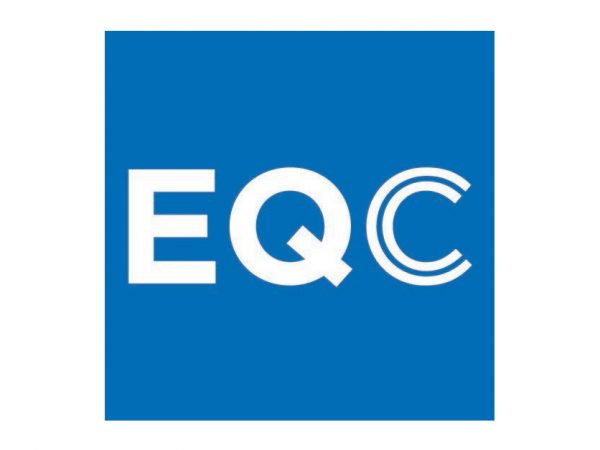 Equity Commonwealth (NYSE: EQC) is a cash box trading for ~90 cents on the dollar. With ~$3 billion in cash, $25 million in debt, four office properties, and grave dancer Sam Zell at the helm, EQC is essentially a SPAC in disguise, only second in size to Bill Ackman’s Pershing Square Tontine Holdings, which has $4 billion in capital. If you believe in Zell’s ability to scoop up distressed assets at bargain prices and have a multi-year investment horizon, then EQC is the investment for you.

First, a little background about Sam Zell (which he details in his book Am I Being Too Subtle?). He’s known for being a contrarian and a shrewd real estate investor, from starting an apartment management business in college to buying distressed real estate during the 1973-1974 crash. He’s also famous for selling his office property REIT, Equity Office Properties, for $39 billion to Blackstone in 2007, making it the largest transaction to date at the time.

He earned the nickname “Grave Dancer” for an article he wrote in the 1970s, where Zell described his strategy as “dancing on the skeletons of other people’s mistakes”. He now runs Equity Group Investments, which invests in various sectors such as energy, healthcare, logistics, manufacturing, transportation, media, and real estate.

In 2014, Zell was named chairman of EQC after activists successfully removed the incumbent management, blaming them for chronic undervaluation. Zell swiftly moved to reposition the company by selling off EQC’s properties, amassing a war chest of ~$3 billion. According to the 2019 10-K, the strategy now is to:

…create a foundation for long-term growth, the set of opportunities that we pursue in the future may include acquisitions and/or investments in office or non-office property types. Alternatively, we may decide to sell, liquidate or otherwise exit our business through one or more transactions if we believe doing so will maximize shareholder value.

In other words, EQC is essentially a SPAC with $3 billion in capital run by Sam Zell that is looking to acquire or invest in… something.

The other 12% (or ~$400 million) of market cap consists of EQC’s portfolio of 4 properties. In the same 10-Q, EQC tells us that the properties total 1.5 million square feet, so that comes out to ~$267 psf; in other words, at the current price, we are paying ~$267 psf for EQC’s properties. Let’s do some back of the envelope calculations to see if that number makes sense.

Based on their website, one property is in Denver (Class AA), one in DC (class A), and two are in Austin (one is Class A). Based on their recent 10-Q, NOI for the three months ended September 30, 2020 was $10 million (linearly extrapolating gives us $40 million annually), so the market is implying a cap rate of 10%, which seems too high given that these buildings are Class AA/A located in 18/24-hour cities. According to CBRE, an appropriate cap rate for high-quality offices in DC would be ~5%, Denver ~5%, and Austin ~7%. To be conservative, let’s use 7%, which implies a total portfolio value of $571 million (~$380 psf).

Of course, a cash box is just that: a box of cash. It’s not generating cash and with interest rates at zero, it’s slowly being eroded by inflation. However, if you want to look at it from another perspective, EQC is essentially just another SPAC, except that it doesn’t have the 2-year requirement SPACs have. As a result, EQC and Zell can afford to be patient while waiting for opportunities to fall into their lap.

Such oddball situations remind me of a quote from Tobias Carlisle’s book, Deep Value:

…”cash boxes”—companies with large net cash holdings relative to their market capitalization—often [occur] because the main business has been sold, or the business is a legacy in run-off that lingers like our vestigial appendix. Such stocks tend to have limited upside. On the flip side, they also have happily virtually no downside.

I disagree with the upside bit; if the cash in cash boxes can be put to good use, then there is plenty of upside. Cash is still king, especially in times of distress. Of course, cash in the hands of most managements won’t be put to good use and should be returned to shareholders, but Zell has shown that he is capable of producing wealth by being patient and sticking to his grave dancing strategy.

1. Bad Acquisition: The main risk is that management deploys capital in a value destructive way, such as by making a terrible acquisition. According to an August 2020 Barron’s article, Goldman Sachs examined the stock price performance of 56 SPACs that announced mergers since 2018 and found that SPACs tend to outperform over the month / quarter following the announcement date, but then lagged behind the S&P 500 and Russell 2000 over the following quarter, half-year and year. It’s unclear why, but perhaps the acquisition targets weren’t as great as they were hyped up to be…

2. Opportunity Cost: EQC has been a cash box for several years now and while waiting for management to find a suitable investment, it is most likely the case that you are missing out on better opportunities. In downturns, EQC’s downside is limited and won’t budge due to its war chest, but in an upward trending market, it also won’t budge unless there is news about a positive acquisition or investment. The dark side of holding too much cash is that it becomes a drag on performance in good times.

3. Tax Inefficiencies: EQC has been paying out special dividends to return cash to shareholders, with the most recent dividend being $3.50 / share in October 2020 (~10% of market price). However, this distribution is taxable and might be better suited for tax-exempt accounts. If EQC continues to liquidate and pay out special dividends, then you’ll consistently be hit with taxable gains. Of course, the flip side of the argument is that it could be kept in a taxable account since you can just tax-loss harvest the drop in price after dividends are paid, offsetting the gains from dividends.

The thesis here is pretty simple; if you believe in Sam Zell’s grave dancing abilities, then EQC is the vehicle for you (or Equity Distribution Acquisition, Zell’s actual SPAC with ~$300 million in capital). The downside is pretty limited by EQC’s war chest of ~$3 billion (only second to Bill Ackman’s $4 billion SPAC, based on this database of SPACs) and the upside is determined by Zell and his team’s ability to find and invest in attractive opportunities. In addition, EQC isn’t constrained by the typical 2-year deadline most SPACs have, allowing Zell to bide his time and be patient in waiting for opportunities.

Based on the analysis above, I recommend this long position (as an alternative to SPACs) if you have a multi-year investment horizon and believe that Sam Zell can find better opportunities than you can.