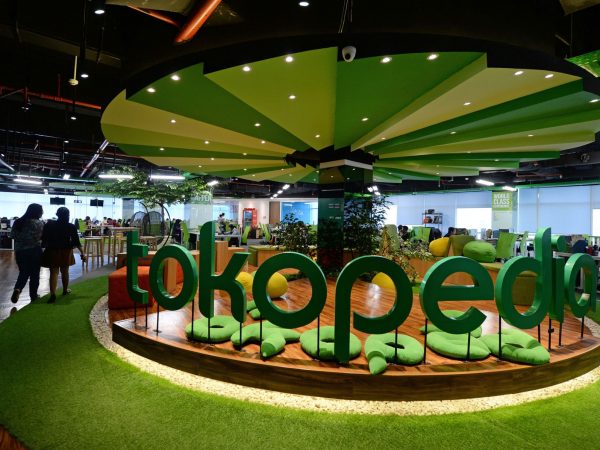 Bridgetown Holdings Ltd., the blank-check company backed by billionaires Richard Li and Peter Thiel, is considering a potential merger with Indonesia’s e-commerce giant PT Tokopedia, according to people with knowledge of the matter.

The special purpose acquisition company is exploring the structure and feasibility of a deal with Tokopedia, one of the most valuable startups in the southeast Asian nation, the people said. The SoftBank Group Corp.-backed firm could be valued at $8 billion to $10 billion in a transaction, said the people, who asked not to be identified as the discussions are private.

Deliberations are at a preliminary stage and Bridgetown could still look at other potential targets, the people said. Hong Kong tycoon Li, whose investment firm Pacific Century Group also owns companies including insurer FWD Group Ltd., is already a minority investor in Tokopedia, the people said. Representatives for Bridgetown and Tokopedia declined to comment.

Bridgetown surged as much as 31.5% in New York on Tuesday, its biggest advance ever, before closing 25.7% higher.

Merging with a SPAC has become an increasingly popular method for closely held businesses to raise capital for growth. A potential merger with Tokopedia would also be in-line with the strategy that Bridgetown set out in its prospectus: to focus on a target in the technology, financial services or media sectors in Southeast Asia.

E-commerce platforms including Tokopedia, Alibaba’s Lazada Group and Shopee — a unit of Singapore-based Sea Ltd. — have been some of the beneficiaries of coronavirus-driven lockdowns this year as they moved quickly to serve the millions of people forced to make their first online purchases while staying home.