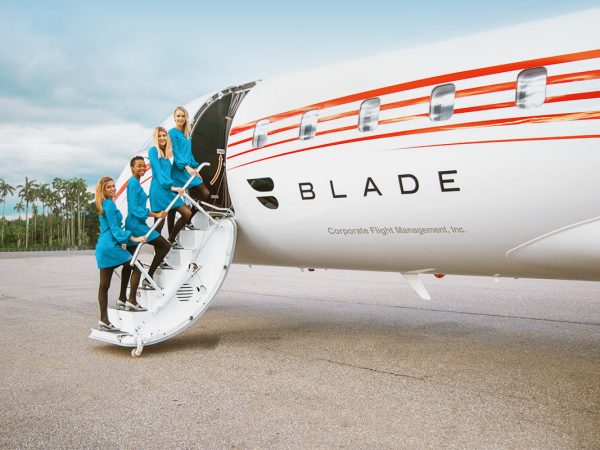 SPACs have been coming to market fast and furiously through 2020. Yahoo! Finance looks at the latest to come to market, Blade, a helicopter company that specialized in rides from airports to city centers.

SEANA SMITH: We want to stick with the public markets here and IPOs and talk about Blade because they’re going public, the private helicopter-taxi company. We want to bring in Ines Ferre for a little bit more on this, and, Ines, they’re doing this via a SPAC. This has certainly been a trend that we have seen over the last several months. What can we expect to hear from Blade?

INES FERRE: Well, Blade is doing a, as you mentioned, a merger with the SPAC Experience Investment. And this is a helicopter company, Blade, that was started in 2014, basically taking passengers from airports to urban areas, and the trips focus anywhere between 60 and about 100 miles.

The idea with the SPAC and with the proceeds is to shift to electric helicopters, electric aircrafts. And Blade doesn’t own any of its aircraft right now. It doesn’t own or operate them. They work with operating partners, and they aggregate the passengers. They deal with the baggage. They deal with all the logistics, the safety measures.

And what the company has been pointing to, the CEO in a conference call this morning talking about the TAM, the Total Addressable Market here. And Morgan Stanley Research coming in with $125 billion for the market for urban air transportation by 2025, and that ballooning up to $650 billion during the next decade.

Now, Blade will be trading under the NASDAQ under the ticker symbol BLD probably sometime in the first quarter of 2021. When this deal closes, the company’s equity value will be somewhere around $125 million, and the proceeds will be some $400 million from this SPAC. And it also counts with some investors of the likes of David Geffen and Barry Diller as well.

ADAM SHAPIRO: We’re out of time. I wanted to ask a question about the seed cost, but I’m unfortunately out of time. Oh, they’re telling me I can.

SEANA SMITH: We’ll have you back.

INES FERRE: Well, right now it’s about $300, and they’re saying that airport to airport, it’ll be– it’s $95 if you have a monthly pass. But they’re saying they’re going to make this less expensive. It’s going to be no emissions, and it’s going to be quieter because, remember, when you’re going in helicopters right now, they’re very, very loud. With electrified aircraft, it’ll be a quieter ride, and they’re planning to make it less expensive in the long haul.