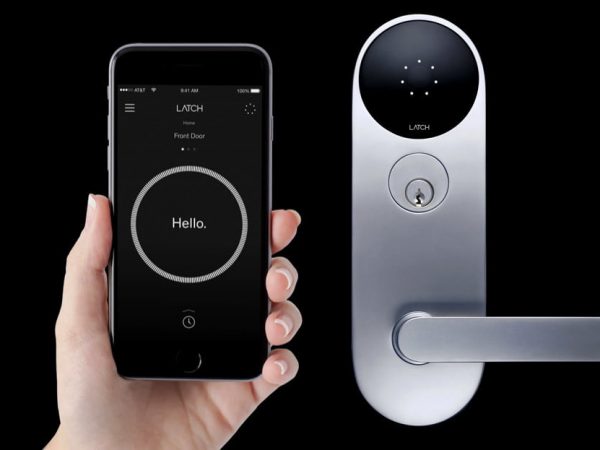 Latch is an enterprise SaaS provider to buildings and residents with the aim of making spaces better places to live, work and visit. In early January the company reached an agreement to merge with the special purpose acquisition company TS Innovation Acquisitions Corp. TSIA 1.78%.

Latch Takes The SPAC Route: Latch decided to pursue a public listing via a SPAC deal because it offered a “one plus one equals three” type of outlook, Schoenfelder said.

The CEO highlighted Latch’s link with Tishman Speyer Properties CEO Rob Speyer, who was part of the SPAC and will join Latch as a board member when the deal is complete.

Key investors as part of the PIPE portion of the transaction include major heavyweights, including Chamath Palihapitiya, BlackRock, Fidelity Management and others.

Ten percent of all new properties built in 2020 included Latch products, and the company’s financial backers are making a thematic bet that Latch deserves to be a public company in the space, Schoenfelder said.

Critical Component To Life: Some of the products and services Latch offers include keyless entry technology and smart home features. The average Latch user will open their Latch app 4.6 times a day to access building features.

Latch emphasizes the fact that its technology offers superior control to building owners to manage modern features. Tenants and owners can move in on day one with a seamless experience thanks to the Latch app, according to the company.

Commenting on Palihapitiya’s thesis, Schoenfelder said building owners focus on net operating income as their main driver, and Latch is built to not only maximize NOI but create a better experience for the end user.

Some of the examples of how Latch helps building owners save money is by eliminating the need to install new locks when old tenants move out and creating a highly efficient package delivery infrastructure, the Latch CEO said.

Latch’s market share of the 47 million rental homes in the US. .stands at less than 1% of the multifamily market today.

Yet it would be incorrect to say that a competitor or competitors control the remaining market, Schoenfelder said.

“The 99% are generally folks that are not using technology at their properties,” the CEO said.