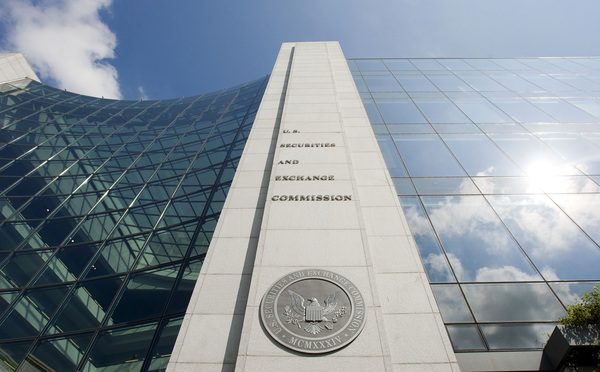 The U.S. securities regulator is considering new guidance to rein in growth projections made by listed blank-check companies, and clarify when they qualify for certain legal protections, according to three people with knowledge of the discussions.

The previously unreported measures being weighed by staff at the Securities and Exchange Commission (SEC) would escalate its crackdown on the deal frenzy in special purpose acquisition companies, or SPACs, which it worries is putting investors at risk.

The SPAC market had already started to lose steam after the SEC earlier this month suggested warrants issued by SPACs should be accounted for as liabilities instead of equity instruments, and the potential new guidance could compound that slowdown.

A record $100 billion has already been raised by U.S. SPACs – also known as blank-check companies – so far this year, while the value of SPAC mergers and acquisitions hit a record $263 billion, according to data from Dealogic.

The boom has drawn scrutiny from the SEC which has issued a number of warnings over SPAC marketing and investor communications.

Among the concerns it has flagged are SPAC earnings growth projections. SPAC sponsors say the projections are important for investors, especially when targets are unprofitable startups, but investor advocates say they are frequently wildly optimistic or misleading.

In addition, the SEC is considering guidance aimed at clarifying when a key liability protection for such forward-looking statements applies to SPACs, the three sources said.

The legal safe harbor created by the 1995 Private Securities Litigation Reform Act protects listed companies from shareholder litigation provided forward-looking statements are made in good faith, identified as such and couched in cautionary language.

While the safe harbor does not apply to IPOs, SPAC sponsors have generally operated on the basis that it does apply to SPAC deals, and have leaned on it heavily to issue growth projections.

But some attorneys say the SEC’s rules on the safe harbor are ambiguous, and the SEC’s acting director of corporation finance, John Coates, earlier this month cast doubt on whether it applies to SPAC deals.

He said SPAC targets “have no more of a track record” than private companies doing IPOs, raising questions about the potential liability of sponsors and other parties involved in the transactions.

The SEC guidance would aim to clarify the conditions upon which the safe harbor applies, the sources said. Those changes would likely prompt more due diligence and caution on the part of SPAC dealmakers wary of incurring liability, the people said.

The SEC has not substantively amended the definition of “blank-check company” since the passage of the 1995 law, the agency has said.

The changes are being discussed by staff in the SEC’s corporation finance division but it was unclear if the agency’s leadership would back them, said one of the sources.

The sources declined to be identified because the discussions are private.

While Coates has said there are “significant” issues with some SPAC deals, he has also emphasized he is neither pro- nor anti-SPAC.

In addition to the recent accounting guidance and warnings over projections, marketing and investor communications, the SEC has opened an inquiry into how Wall Street banks are managing the deal risks and is probing electric vehicle-makers that went public via SPACs. read more

The SPAC boom has been fueled in part by easy monetary conditions as central banks have pumped cash into pandemic-hit economies, while the SPAC structure provides startups with an easier path to go public.

RBC Capital Markets co-heads of SPAC coverage, Amir Emami and Michael Ventura, said valuations had been stretched during the SPAC boom and that, as with other frothy markets in the past, the sector was due a “reset.”

“And then when there’s a reset, it’s a hard reset. So we’re going through that reset right now,” said Ventura.