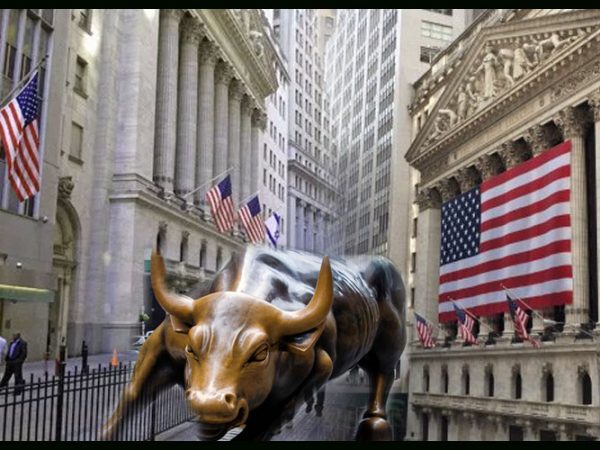 As the blank-check boom rages on, growth-stage companies are increasingly bombarded by SPAC sponsors vying to take them public.

They can have their pick, but management and boards of the companies considering the SPAC route are discovering that what matters most in a SPAC sponsor isn’t the valuation offered or even operational expertise.

Most of the time, SPAC reverse mergers involve a side deal in which outside investors inject large sums, often in the hundreds of millions of dollars, through so-called PIPE transactions, or private investments in public equities.

And those side deals are critical to getting a reverse merger done, investors say.

“The board may decide to pass on a sponsor with the highest offer, and instead go with the sponsor who proposes to pay 5% to 10% less but has strong connections with blue-chip public investors who would be willing to invest in the PIPE,” said Jeff Crowe, a managing partner with Norwest Venture Partners.

Crowe sits on the boards of Opendoor and Talkspace, two companies that recently went through a SPAC sponsor selection process.

PIPE deals associated with SPAC mergers are often led by big mutual funds or asset managers like Fidelity or BlackRock, who receive shares at a discount to the public market price.

When a SPAC finds a company to take public and enters into a tentative deal, the company and the SPAC sponsor reach out to potential PIPE investors under a confidentiality agreement. These investors then perform diligence on the company and decide if they want to participate in the transaction.

That fresh capital injection allows a SPAC to buy a larger company. It also serves as a guarantee that there is enough capital to support the reverse merger in case a large chunk of SPAC investors decide to dump the stock after a target is announced.

“One of our venture managers sits on the board of a company that went out for bids from SPACs and received eight offers,” said a limited partner of a public pension. “The board decided that the PIPE investors would balk at deals with higher valuations. They also did not see a lot of specialist or operating value coming from any of the SPACs, no matter who the sponsor.”

This board ultimately concluded that what matters most is the sponsor’s execution experience and the ability of the SPAC sponsor to bring in PIPE investors, so they chose a SPAC with the best track record in getting these deals done, the LP said.

Capital raised from PIPE deals eclipses the amount of funds coming from the SPAC itself. For every $100 million raised through a SPAC, a corresponding PIPE added another $167 million, according to a Morgan Stanley analysis of 2020 SPAC deals with valuations over half a billion dollars.

“The PIPE is a big deal,” Norwest’s Crowe said. “If the PIPE doesn’t come together, it means that not enough investors agreed with the valuation, in which case the valuation needs to be adjusted, and there is even a possibility that the whole transaction falls apart.”

Just last week, a $15 billion blank-check merger involving three companies backed by Vista Equity Partners and a SPAC managed by Apollo Strategic Growth Capital failed as a result of difficulties with securing a PIPE, according to reporting by Bloomberg and Axios. During those talks, PIPE investors are said to have decided that the deal valuation was too rich amid the recent pullback in the tech-heavy Nasdaq index.

Ran Ben-Tzur, a partner with the law firm Fenwick, said that he has seen several other SPAC mergers collapse in cases where sponsors overvalued companies and there wasn’t enough demand from PIPE investors.

Some investors have begun to worry that the availability of PIPE capital may be tightening amid the market volatility.

“Deals are still getting done, but PIPE investors aren’t investing in every deal that they are offered like they were doing a few weeks ago,” Ben-Tzur said.

Through the majority of the blank-check boom, large institutions have been clamoring for the PIPE deals.

“SPACs have been very fruitful for us,” said Jonathan Curtis, a portfolio manager and head of technology research at Franklin Templeton, one of the world’s largest mutual fund managers. The asset manager has invested in a number of PIPEs associated with high-profile SPAC mergers, including Hims & Hers, Skillz and Lucid Motors.

While PIPE investors like Franklin Templeton generally view SPACs as a good alternative to the IPO process, they prefer investing in mergers guided by experienced SPAC sponsors.

“We look for sponsors who are dedicated to their SPAC work full-time and have a track record of doing multiple SPACs over many years,” said Robert Stevenson, co-head of private investments with Franklin Templeton.

Many first-time sponsors, he added, are tempted to get any deal done just to take advantage of SPACs’ attractive economics.

The public pension LP relayed a similar sentiment from the VC who recently went through a SPAC sponsor selection process. “The VC’s conclusion was that first-time sponsors without significant experience with PIPE and regulatory matters will be dumb money in the end,” the LP said.

This does not bode well for sponsors who are getting into the SPAC game amid the frenzy but do not have a compelling method for cultivating strong relationships with PIPE investors. According to SPAC Research, there are 430 SPACs currently seeking targets.

If these sponsors can’t secure PIPE capital, companies may be reluctant to enter into a deal with them. This may spell trouble for dozens and possibly even hundreds of sponsors who are on a two-year clock to take a company public or else risk having their SPAC dissolved.

Source: Pitchbook – For companies courted by SPACs, the deal doesn’t always go to the highest bidder