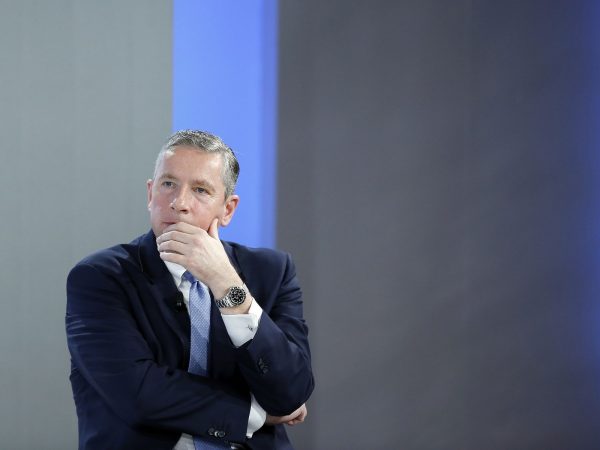 A blank-check company led by former Siemens AG Chief Executive Officer Klaus Kleinfeld is looking to buy or invest in a sizable firm after raising $300 million in a stock-market listing.

“We’re screening Europe, especially the German-speaking region, and the U.S. for targets for either a full takeover or a stake,” Kleinfeld said in an interview. Only companies worth at least $1 billion would be interesting, he added.

The 63-year-old industry icon and his team including former Permira fund manager Martin Weckwerth, headhunter Christoph Zeiss and communication adviser Norbert Essing have compiled a list of potential targets from a range of industries, he added.

“Technology companies like software or data firms as well as the supply chain management sector are areas we’re looking into,” Kleinfeld said by phone.

Kleinfeld, who also headed aluminum maker Alcoa Inc., is one of the few managers to have led large industrial groups in both the U.S. and Europe. With his Constellation investment vehicle, he’s now joining a growing list of high-profile business figures doing deals through a blank-check company. SPACS worth about $105 billion have listed in the first four weeks of this year, with about half of them making their debut in the U.S., according to Bloomberg data.

Constellation is another feather in Kleinfeld’s cap. His long career in industry landed him roles as an adviser to world leaders. He served on U.S. President Donald Trump’s manufacturing council and helped Saudi Crown Prince Mohammed bin Salman on his reform plans and Neom megacity project.

Magnates across industries have increasingly turned to SPACs as a way to quickly raise capital. While almost all that money has been chasing takeovers in the U.S., there is a growing number of vehicles scouting for targets in Europe.