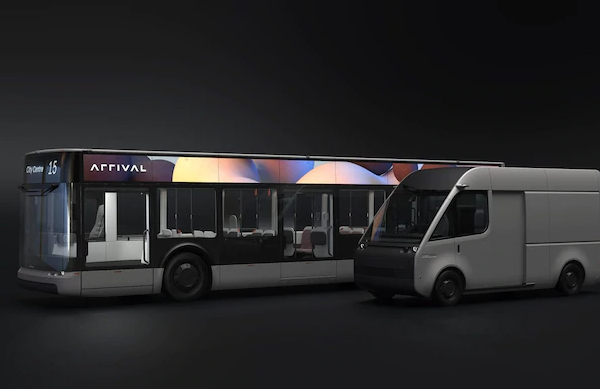 CIIC stock has faded a bit, but a broader pullback in EV SPACs means it could have further to fall

Electric-vehicle (EV) stocks on the whole went a little crazy toward the end of 2020. EV SPACs (special purpose acquisition companies) like CIIG Merger (NASDAQ:CIIC) went even crazier. Indeed, CIIC stock closed at $13.36 on Nov. 18, the day it announced its merger with the United Kingdom’s Arrival.

What happened next? Well, in the next four sessions, it doubled. Another huge rally — 84% in three sessions — followed a pullback.

That kind of trading simply doesn’t seem healthy. But it’s of a kind that we’ve seen with other pre- and post-merger SPACs in the EV sector. Between election results, an accommodating Federal Reserve and “YOLO” trading, volatility has been the norm.

That norm isn’t necessarily going to break any time soon, even though CIIC has pulled back about 26% from its December high. Given the nature of trading across the space, and in CIIC itself, investors would do well to stay patient — and let that volatility turn into an advantage.

Broadly speaking, I’m sympathetic to the enthusiasm toward EV stocks. Actually, I’m more than sympathetic: I’ve been a bull on the sector for years now.

But as with any sector with big growth potential, optimism toward the market doesn’t require optimism toward every company in the sector. That’s particularly true for manufacturers such as Arrival.

Bear in mind that just 18 months ago investors had only a handful of EV stocks to choose from. Now, the public markets are absolutely loaded with suppliers, charging station developers and manufacturers. Among the latter group, there are companies targeting the consumer market and the commercial market, the high end and the low end.

As big as this market is, and as fast as it will grow, it’s not going to be big enough for everyone. We haven’t mentioned the legacy ICE (internal combustion engine) manufacturers racing to pivot to EVs.

The Case for CIIC Stock

I believe there’s going to be a reckoning. But, to be fair, that reckoning may not be that severe for CIIC stock.

After all, Arrival is admittedly an intriguing business. Its intellectual property has been built over the past few years, and encompasses much of the manufacturing process. That’s not true for some other start-up manufacturers, which rely on components from subcontractors.

The company’s “microfactory” concept is intriguing, if unproven. And Arrival does have over $1 billion in committed orders, which underpins the company’s estimate of $14 billion in sales by 2024.

There are EV manufacturers out there whose hopes look dim. Arrival is not one of those companies.

The Rally Has Gone Too Far

But it’s worth considering just how far CIIC stock has run. Post-merger, what will be named Arrival will have 606 million shares outstanding.

That, in turn, suggests a pro forma market capitalization above $16 billion. That’s for a business that has an intriguing plan — but no revenue as of yet.

Yes, the company is projecting exponential growth over the next few years. But one of the potential risks with SPAC mergers is that the targets, unlike in traditional initial public offerings (IPOs), can issue those projections. Regulators limit their use in IPOs precisely to keep companies from making promises they won’t keep.

And because so many EV companies have gone the SPAC route, we have bullish projections all across the industry. Some — maybe more than some — of those projections are going to disappoint, potentially in a hurry.

When that starts to happen, these EV SPACs could be in for big downside. And even though Arrival has attractive long-term potential, CIIC stock isn’t likely to be immune.

Indeed, we’ve already seen a bit of a pullback, with CIIC down 26% from its December high. Even that retreat isn’t quite enough; the stock has doubled since the merger was announced. Again, a $16 billion valuation incorporates a lot of success.

Arrival may well have that success. But, in the meantime, there’s simply no need to rush into buying the company’s stock, before or after the merger.