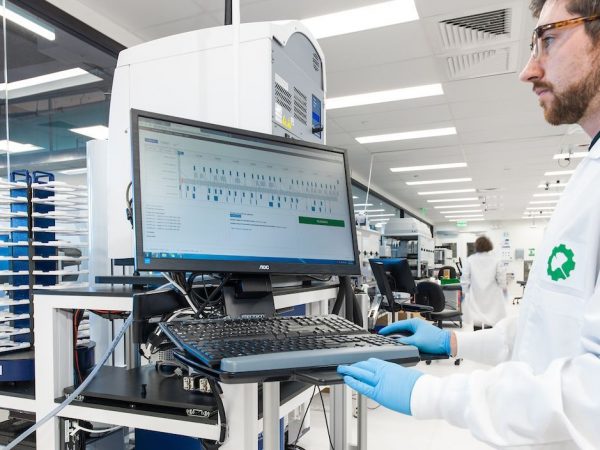 The synthetic biology company is acquiring Dutch DNA Biotech, a contract manufacturing organization that makes enzymes, proteins and organic acids using its fungus-based technology. Ginkgo will acquire 100% of the Utrecht, Netherlands-based company through a combination of cash and equity, though the specifics of the deal weren’t released. Closing is expected in July.

Ginkgo started operating in 2008 to develop a program that makes it simpler to engineer cells. The company’s initial focus was industries outside of biopharma, but as it brought in more money it began to apply its technology to drug development. Its partners now include Roche (RHHBY, Financial) and Moderna Inc. (MRNA, Financial). If Gingko can move Roche antibiotic candidates into the clinic, the company could receive $160 million out of the $300 million Roche committed in development and potential sales milestones.

With Moderna, Gingko supported the Covid-19 vaccine maker with a process to maximize key materials used in the shot.

Soaring Eagle raised $1.7 billion from its initial public offering. It trades at just short of $10 a share. Ginkgo is set to raise a further $775 million through a private placement.

Former Kite Pharma CEO Arie Belldegrun, via Bellco Capital, is co-sponsoring the transaction and putting money into the private placement. The biotech veteran will become a member of the board of directors of Ginkgo after the acquisition.

In a statement, Belldegrun said he is getting involved “with the hope of expanding use of Ginkgo’s state-of-the-art technology to assist biopharma companies and expedite drug development.”

Talking about the deal, Ginkgo presented a list of areas where its technology can be applied. They include antibody therapeutic development, nucleic acid vaccine production, antibiotic discovery and manufacturing, microbiome therapeutics and gene and cell therapies.

This year, Ginkgo expects revenue to nearly double to $150 million, a figure that may only scratch the surface of its potential as its cell technology expands to other industries.