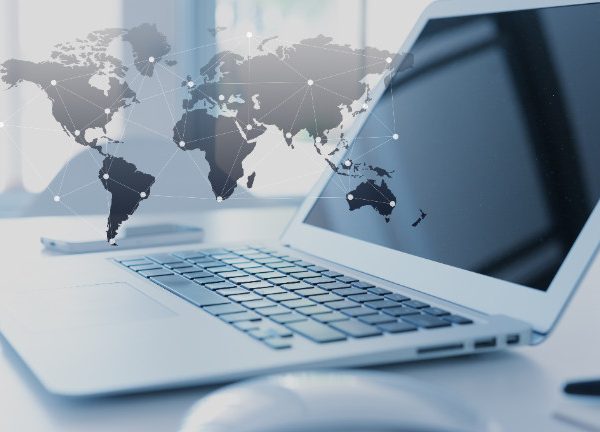 SPACs or “blank check acquisition companies” have greatly impacted the 2020 IPO market because they are less linked to market timing and the capital raised is put in a trust account pending an acquisition or merger by the SPAC. SPACs have accounted for approximately 40% of US IPO filings and raised over $6.5 billion during 2020. Our panel will explore the changing dynamics of SPACs, their influence on capital and M&A markets, and how SPACs are viewed from Wall Street and Silicon Valley.

Jonas Grossman is Partner and President of Chardan, where he oversees the firm’s banking and capital markets activities. He has broad transactional experience having led or managed more than 400 transactions since joining Chardan in 2003. Under Mr. Grossman’s leadership, Chardan has become one of the most notable underwriters, advisors and sponsors of SPACs, having underwritten 79 transactions raising $10.4billion with zero liquidations. Chardan has also served as advisor to 18 SPAC transactions.

Additionally, Mr. Grossman is President and Chief Executive Officer of Chardan’s 6th sponsored SPAC, Chardan Healthcare Acquisition 2 Corp, a healthcare focused SPAC. He was the Chief Executive Officer and President of Chardan Healthcare Acquisition Corp. from March 2018 until its merger in October 2019 with BiomX (NYSE: PHGE) where he remains on the board of directors. Mr. Grossman is currently a director of LifeSci Acquisition Corp. Additionally, Mr. Grossman has served as a founding partner for Cornix Advisors, LLC, a New York based hedge fund.

From 2001 until 2003, Mr. Grossman worked at Ramius Capital Group, LLC, a global multi-strategy hedge fund where he served as Vice President and Head Trader. He holds a B.A. in Economics from Cornell University and an M.B.A. from NYU’s Stern School of Business.

Tina Pappas is a Managing Director in Equity Capital Markets and has over 25 years of investment banking experience. Ms. Pappas leads Jefferies’ SPAC practice and has completed 47 SPAC transactions, including 32 SPAC initial public offerings and 15 closed SPAC M&A transactions. Ms. Pappas joined Jefferies from FBR & Co., where she was a Managing Director and head of the SPAC practice. Previously, Ms. Pappas was a Managing Director and head of Equity Capital Markets at Morgan Joseph & Co. Inc., one the earliest and most active underwriters of SPACs, where she was a key architect of the revised SPAC structure that was introduced in 2010. Ms. Pappas received a B.S. in Finance, with honors, from the Leonard N. Stern School of Business at New York University.

Mr. Boris has over 30 years of Wall Street experience in mergers and corporate finance and has been involved in approximately 20 SPAC transactions as an advisor, investment banker and/or officer or board member, including ten business combinations totaling over $5.0 billion.

Mr. Boris will serve as a director of Tattooed Chef, Inc. following the completion of the business combination of Forum Merger II Corporation and Ittella International, as publicly announced on June 12, 2020. Mr. Boris has been the Co-Chief Executive Officer, Chief Financial Officer and Director of Forum II since May 2018. He served as Co-Chief Executive Officer, Chief Financial Officer and Director of Forum I from its inception in November 2016 until Forum I’s business combination with ConvergeOne and served as a member of ConvergeOne’s board of directors from the business combination until ConvergeOne’s acquisition by CVC. Mr. Boris served as Senior Managing Director and Head of Investment Banking at Pali Capital, Inc., an investment banking firm, from 2007. Mr. Boris served as President of Ladenburg Thalmann Group Inc. from 1999 to 2000 and was also Executive Vice President and Head of Investment Banking at Ladenburg Thalmann & Co. Inc. from 1998 to 2000. In addition, he was a co-founder, director, and a principal stockholder of Brenner Securities Corporation and its successors. Prior to Brenner, Mr. Boris was at Oppenheimer & Company Inc., as a Senior Vice President and Limited Partner. He began his career as a member of the Business Development Group of W.R. Grace & Company, from 1984 to 1985.

Craig Lilly is a leading legal advisor for strategics and private equity clients on domestic and cross-border technology acquisitions, mergers, divestitures, recapitalizations, auctions, leveraged buyouts, and minority investments. Craig’s practice includes advising emerging technology companies on venture capital financings, corporate governance, public offerings and joint ventures.  He also represents fund sponsors in connection with structuring and organizing investment funds, parallel investment vehicles, and offshore funds. Craig frequently writes and lectures on legal and business issues regarding mergers and acquisitions, private equity investments and corporate finance. He has been quoted in, or contributed to, articles and features in Bloomberg, The Wall Street Journal, Financier Worldwide, The Deal Magazine, Reuters, CFO.com and other major publications.  He is a member of the Board of Directors of The Association for Corporate Growth – Silicon Valley.