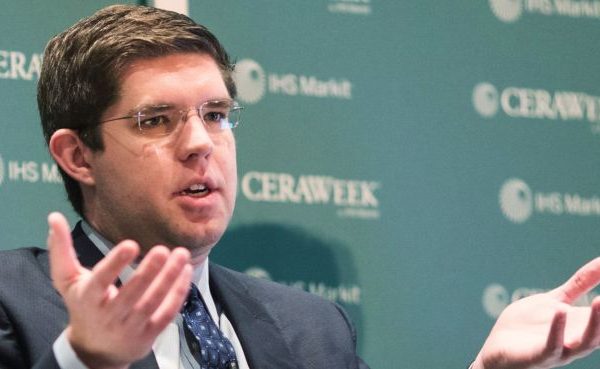 Two companies seeking to shake up the automotive industry after recently going public have brought on a pair of in-house law department leaders.

Thomas Healy, a newly minted 28-year-old billionaire serving as founder and CEO of Hyliion, said in a statement that Oxholm-Uribe “is a seasoned leader whose deep industry experience will be a valuable asset” to the company.

Oxholm-Uribe didn’t respond to a request for comment about his move to Hyliion, which is now listed on the New York Stock Exchange.

He joins the company from Troy, Mich.-based auto parts supplier Meritor Inc., where he spent nearly the past four years as deputy general counsel and compliance chief. Meritor hired Hannah Lim-Johnson over the summer to succeed the departed April Miller Boise as its legal chief.

Prior to Meritor, Oxholm-Uribe worked in-house at LoJack Corp., Goodyear Tire & Rubber Co., and the Ford Motor Co., the latter of which installed a new law department leader in August.

Hyliion, based in Cedar Park, Texas, a suburb of Austin, was represented by the law firms Cooley and Wick Phillips on its combination with New York-based Tortoise Acquisition Corp. Vinson & Elkins advised Tortoise on the $325 million private investment in public equity transaction.

Hyliion, which makes battery-powered semi-trucks, joins several competitors in the transportation technology space, including TuSimple Inc. and Nikola Corp., both of which tout the energy efficiencies of their respective trucking fleets.

CarLotz Inc., a U.S. consignment store for used vehicles, also ushered in a new top lawyer this month as it prepares to go public via a combination with Acamar Partners Acquisition Corp., a Miami-based SPAC.

Rebecca “Becca” Polak was announced Nov. 10 as the first chief commercial officer and general counsel for CarLotz. Polak joined the Richmond, Va.-based company after serving as a consultant and chief legal officer at KAR Auction Services Inc., a vehicle reseller that’s one of several investors in CarLotz.

Polak said in a statement she’s “excited to be joining a pioneering company at such a pivotal moment in its growth trajectory.”

KAR gave more than $3 million in total compensation to Polak in 2019, according to an annual proxy statement filed by the Carmel, Ind.-based company. Polak spent 15 years at KAR, where she also served as president of its subsidiary TradeRev USA LLC. Polak resigned Oct. 8, 2019, from KAR and was replaced as legal chief by Charles Coleman II. She remained a consultant to KAR until January of this year.

CarLotz, founded in 2011, is privately held but expects to begin trading on the Nasdaq later this year after completing its union with publicly traded Acamar, which raised $300 million in its stock market debut last year. SPACs have generated a surprising amount of work for law firms this year.

Securities filings show that Freshfields Bruckhaus Deringer is advising CarLotz on the transaction, while Acamar has turned to Simpson Thacher & Bartlett for outside counsel on the deal, one that will value CarLotz at roughly $830 million and allow the used car retailer to embark on a nationwide expansion.

To contact the reporter on this story: Brian Baxter in New York at bbaxter@bloomberglaw.com