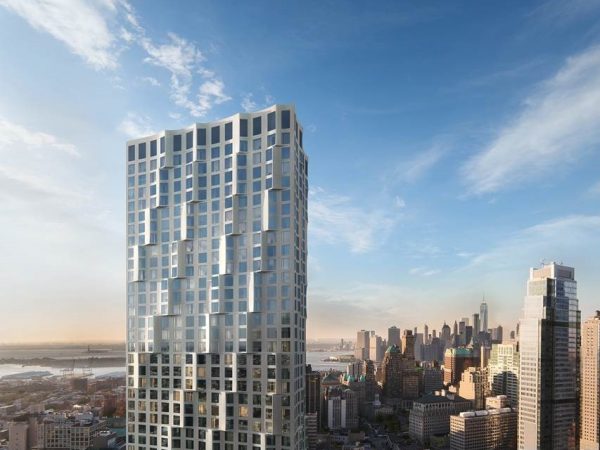 Sponsors such as Tishman Speyer, CBRE and Sam Zell have all launched blank check companies in recent months.

One trend that emerged this year was the rediscovery of the special purpose acquisition company, sometimes called a blank check company. So far, 178 SPACs have launched this year, according to SPACInsider, compared with 59 last year and 46 the year before. There are many factors driving SPACs’ newfound popularity—factors that are appealing to the commercial real estate industry as well. In recent months a handful of CRE SPAC offerings have come to the market, the latest being Tishman Speyer’s $300 million SPAC, which closes today.

To get into why and which CRE companies are tapping into this model, a brief explanation of what they are may be in order for some. SPACs allow companies to go public by bypassing the traditional IPO process. They are publicly-traded shell companies that are formed to pursue deals in the private sector by raising capital in an IPO and then searching out acquisition targets. The acquired companies then use the SPAC to sell shares to the public.

There are many reasons why companies are pursuing SPACs right now. They come with less risk for private firms to go public. The sponsors can access attractively-priced capital. SPAC combinations take on average 6 to 8 months to complete once a merger agreement has been reached, according to GigCapital, significantly shortening the time-to-market for target companies. They also are able to take advantage of price differences between private and public markets, writes John M. Mason of New Finance for Seeking Alpha.

There are also downsides to these vehicles, such as risks to investors that rely too heavily on the sponsors for due diligence. A recent academic paper found that risks to investors may be higher than has been previously recognized. Before a deal is done, investors may redeem their shares for cash, collecting its IPO price, usually $10 a share, plus interest. But investors who don’t redeem suffer losses after the deal, according to the Wall Street Journal. That is because many SPACs reward their sponsors by allowing them to buy 20% of the company for just $25,000, handing them equity stakes worth millions of dollars while diluting the value of shares held by external investors, the WSJ said,  citing the paper’s research.

That said, there appears to be plenty of appetite for blank check companies by both sponsor and investor. Companies have come out in droves this year to target a wide variety of deals and commercial real estate has been no exception.

Tishman Speyer’s SPAC intends to focus on combining with a technology-driven business tailored to the real estate sector. It will primarily target later-stage businesses in the proptech sector that “have strong management teams, exhibit significant future growth potential, and have demonstrated the ability to disrupt the real estate market through technology-driven transformation.”

“We believe we are well positioned to identify diverse targets and capitalize on rising demand for new tech,” CEO Robert J. Speyer said in prepared remarks.  “Our integrated real estate platform and breadth of expertise make us a great fit, especially for companies looking for a strategic partner to help guide growth and add lasting value.”

Another recent launch was CBRE Acquisition Holdings sponsored by CBRE Group. It filed to raise $400 million in an IPO with the goal of acquiring “a mature privately held company with ample growth potential.”

This summer Property Solutions Acquisition priced its $200 million IPO, with plans to target businesses that service the real estate industry.