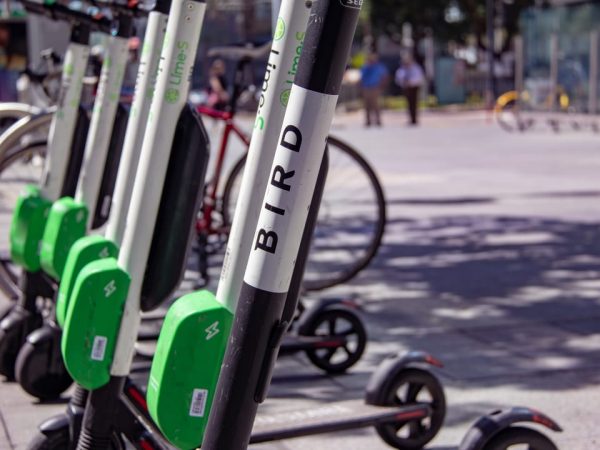 2 min to read
Posted on November 17, 2020November 17, 2020
Scooter rental startup Bird Rides Inc. is working on a deal with Credit Suisse Group to go public via a special purpose acquisition company (SPAC), according to a report from Bloomberg.
The company, based in Santa Monica, Calif., has spoken with some SPACs about acquisition deals, although none have reached any agreements, Bloomberg reported, and some SPACs have expressed inbound interest.
By merging with a SPAC, or blank-check firm, a company would be able to go public and also avoid the difficulty and risk of a traditional initial public offering (IPO).
The discussions with Credit Suisse are so early as of Monday (Nov. 16) that Bird might decide not to go through with the deal at all.
Bird has struggled like its competitors financially due to the pandemic. Bloomberg reported that Bird reached a $2.85 billion in valuation this year, with funding from companies like Sequoia, Accel and Index Ventures, among others. Rivals like Lime in May raised $170 million, going on to acquire Uber’s bike rental unit Jump as part of the deal.
But, according to Bloomberg, Credit Suisse declined to comment on the issue. In a statement, Bird said the company had “no plans to go public this year” and would “remain dedicated to partnering deeply with the cities and neighborhoods we serve during this significant time of need — providing free rides to frontline healthcare workers and discounted rides to community members — and building a sustainable business that is complementary to public transit while continuing our path to profitability.”
Bird launched a new scooter model in September and set about trying to market it directly to customers rather than relying on retailers.
This year has been a strong one for blank-check companies, which have raised over $60 billion total in public offerings in which they’ve searched for partners, according to Bloomberg.

“It’s just that the investment banking profession will sell shit as long as shit can be sold.”

#SPACS Charlie Munger telling it as it is.

@JonahLupton @BrianFeroldi @saxena_puru What an awesome listen! I have no idea how you all keep track of 50-80 symbols. I am at roughly 40 but am not ... up to date with 1/3rd of those! I used to be like @BrianFeroldi until #SPACs - these are way to dynamic to just buy and hold forever.. need guess I need a higher bar