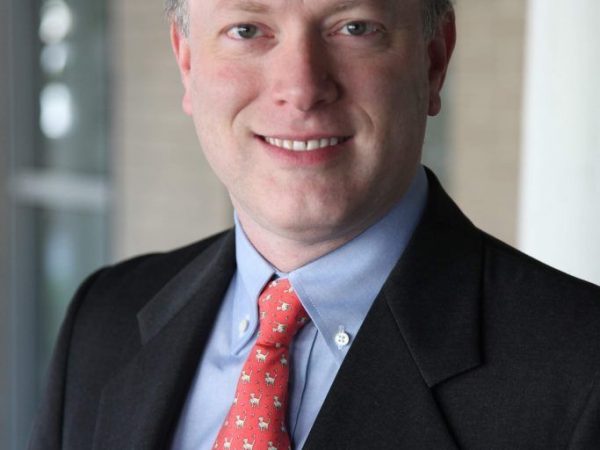 2020 has meant a lot of things to different people. But for Jeff Selman, a partner at DLA Piper, who advises on the creation and funding of SPACs to take companies public, it’s been an extremely busy year. Based in Silicon Valley, Selman says SPAC investors should pay close attention to the deals that are presented by management to protect themselves from risks in any particular business combination.

In an interview with IPO Edge, Mr. Selman said as the infrastructure around SPACs continues to improve, he sees the likelihood that they will be around for a long time. He also touched on direct listings, which he doesn’t see as truly competitive with SPACs. Ultimately, he believes regular-way IPOs, SPACs, and direct listings “all have their place.” The full interview is below:

IPO Edge: Is there a point where there will be too much cash in SPACs hunting for targets?

There are a few different ways to think about this question. First, will public market investors consider the value of business combinations brought by SPACs worthwhile investments? As long as the answer is yes, and these investors are willing to deploy capital into targets, whether by way of cash in a trust account being rotated to long value investors, or a PIPE investment (which needs to be considered in addition to the cash in a SPAC’s trust account), then there is not too much cash in SPACs. A second way to think about this question is to ask whether SPAC business combinations are crowding out traditional IPOs from occurring in the marketplace. If they are, then there is probably too much cash in SPACs as there should be room for both alternative methods for operating companies to access the public capital markets. But if both types of public capital market events are occurring, as is the case at this time, then there is not an over-supply of cash for the demand from operating companies. And finally, although the markets may not yet have hit too much cash in SPACs hunting for targets, there could be sectors where there is over-saturation of business combinations occurring, and that might reflect too much cash focused on a very particular type of deal, rather than the broader range of potential operating companies that are already suitable for being public companies.

IPO Edge: Do you think SPACs could ever feel pressure to do deals and put investors at unnecessary risk as they approach redemption deadlines?

Management of SPACs have a limited time-frame during which they can achieve a business combination and avoid the loss of the risk-capital that has been invested in the SPACs. So that does create an inherent time pressure. However, that time pressure can be alleviated by an extension of the life of a SPAC that is nearing the end of the specified time-frame. This will frequently result in a cost to a SPAC’s sponsor if there is not yet a business combination that has been announced, but presuming that management still believes that a deal can be accomplished, I would expect a sponsor to bear that cost to extend. Public investors in the SPAC should pay attention to the deals that are presented by management, regardless of the time when the business combination agreement is reached, looking at the quality of the target, the deal flow that resulted in the target and the SPAC connecting, who else is invested into the business combination, and the process undertaken by the SPAC in deciding upon a target as part of the investor’s decision-making process regarding whether to redeem. By considering these types of issues, investors can also act to protect themselves from risks in any particular business combination. But the decision whether to redeem or not will often be a function of where the market perceives the value of the target; if following the announcement of the business combination, a SPAC’s stock price is bid up to a premium of the redemption price, it is unlikely that there will be redemptions as the market has determined that the target’s value is fairly set, and the paramount risk of a pressured deal is that this is not the case.

IPO Edge: How do you think direct listings will compete with SPACs as a path to the public markets in 2021?

I really don’t see these as competitive. Although recently approved rule changes mean that capital can now be raised using direct listings in addition to operating companies getting listed on an exchange, for most companies, they need infrastructure for making a market in their stock that may be harder to access with a direct listing. This infrastructure can be provided in a traditional IPO through the underwriting process. It can also be provided in the SPAC process, particularly if a business combination is paired with a concurrent PIPE. Furthermore, because a SPAC business combination is an M&A transaction, it provides flexibility for financial projections that are not available in a traditional IPO, and that can enhance the likelihood of coverage from research analysts at an earlier time than some of the other methods for accessing the public capital markets. Ultimately, with the success that high-quality SPACs sponsored by well-known participants in the capital markets have had with high-quality business combinations, more and more similarly situated sponsors and targets have been drawn into SPACs, and that should for some time continue to drive operating companies to consider a transaction with a SPAC as a path to the public markets.

IPO Edge: Where does all of this leave regular-way IPOs? Will they always be the preferable path to a public listing?

For now, in answer to a question that I posed above, SPAC business combinations are not crowding out traditional IPOs. Whether those remain the preferable path to a public listing is hard to say, but all three methodologies – traditional IPOs, SPACs and direct listings – have their place, and the existence of a greater number of alternatives for companies to access public capital is a welcome occurrence. For close to 20 years, we have seen a dearth of companies gaining access to public capital. There are a variety of structural issues that have likely contributed to this, but the regulatory changes that have opened up SPACs and direct listings (while hopefully maintaining the quality of the companies using both of these mechanisms as a means of protecting investors), seem to finally be breaking through these structural issues, and I would view this as a positive.

IPO Edge: Do you expect any more evolution in the structure of SPACs in the near term such as reducing the strike price on warrants?

We have seen over the last several months various deviations from the traditional SPAC structures, including Pershing Square Tontine Holdings using a pricing for its offering that was unique and also a different mix of securities. We have also seen a few SPACs eliminate warrants. But the overwhelming number of SPACs (which at this point in 2020 already look to exceed three times the number of SPAC IPOs that occurred in 2019), look very similar to each other and historical precedents. What I think will be more likely to occur from an evolutionary standpoint are a few different things that we are already seeing. One is successful sponsors of SPACs with access to high-quality deal flow, having multiple SPACs in the market simultaneously. A second is more long value investors investing into SPACs in their IPOs rather than waiting to rotate in upon the announcement of a business combination. This provides these investors with an earlier opportunity to come into a what has the potential to result in a high quality public operating company for the sole risk of time to the business combination, and so long as the business combination proves to be with a high quality target, to do so at what is likely a lower price-point. A third evolutionary occurrence is that funds are forming to focus on the funding of both sponsors of SPACs and business combinations as providers of capital are realizing that there are a variety of opportunities for generating return from SPACs. As the infrastructure around SPACs continues to mature, it creates greater stability for the product and enhances the likelihood that it will be around for some time.