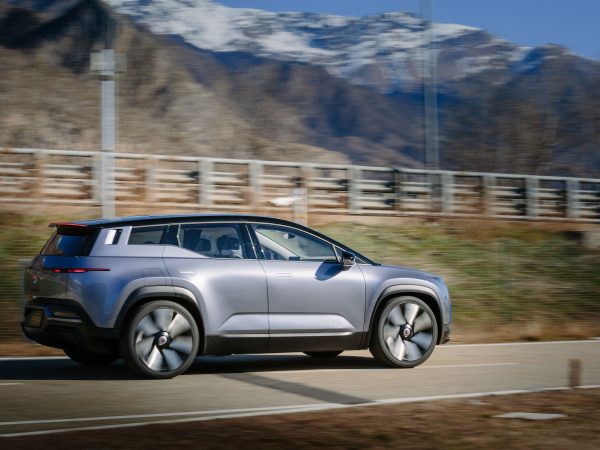 Electric car company Fisker  (FSR) – Get Report will make its public debut on Wednesday in a so-called SPAC reverse merger with Spartan Energy Acquisition  (SPAQ) – Get Report that will net the hopeful Tesla competitor more than $1 billion in cash.

In a statement , Spartan Energy said the post-combination company with Fisker will give it more than $1 billion of cash on its balance sheet, net of transaction fees and expenses. The new company will be called Fisker Inc. It will trade under the symbol “FSR” on the New York Stock Exchange.

The reverse-merger is the latest in a string of special purpose acquisition company, or SPAC, reverse-mergers that have been all the rage on Wall Street this year.

Originally the domain of smaller mining companies trading on secondary markets looking to circumvent the arduous and expensive process of going public, companies including DraftKings  (DKNG) – Get Report, Playboy, Virgin Galactic and others have raised billions through SPAC transactions this year.

SPACs are also known as “blank-check” companies because of their deemed sole purpose of writing a check to buy an existing public shell company and merge into it.

“We appreciate the ongoing support of Spartan’s investors and are pleased to see this important milestone toward the closing of the Fisker Transaction, which is expected to provide Fisker with ample resources to execute on the next phase of the business plan created by Henrik and team,” Spartan CEO Geoffrey Strong said on Tuesday.

Fisker has said that proceeds from the public listing will go to provide funding to bring its first product, the Fisker Ocean electric SUV, to production in late 2022.

To be sure, investors’ appetite for SPACs, particularly ones with no short-term prospects of producing revenue and earnings, has dropped dramatically.

Shares of Spartan Energy fell as much as 8.3% last Thursday after Henrik Fisker, the cofounder of the electric vehicle maker, appeared on Jim Cramer’s CNBC show “Mad Money.” The stock took another downturn on Wednesday, falling 10.91% to $8.90 before recovering.